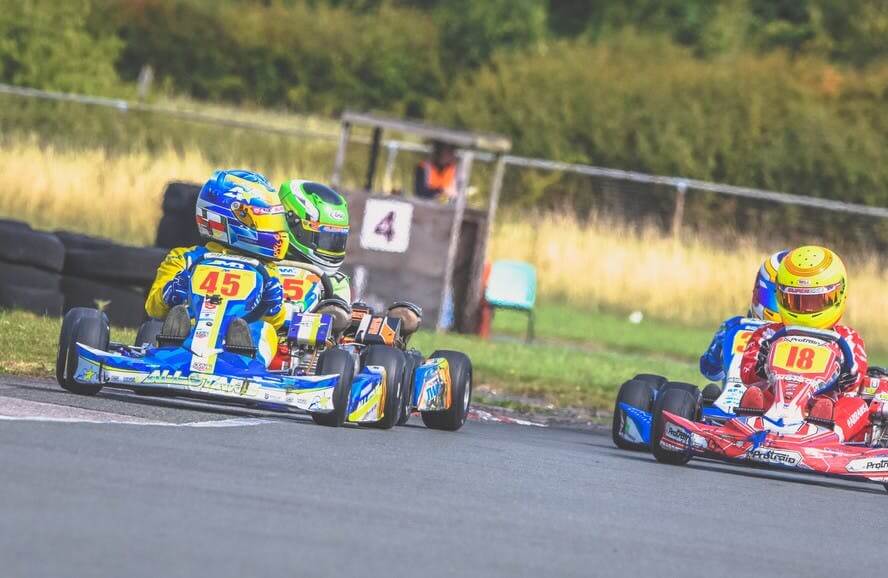 There are numerous reasons as to why you should want to facilitate more workplace bonding. Whether it’s because your company has been falling behind in teamwork or simply that you want your hard-working coworkers to unwind and relax, planning a quirky activity can benefit your entire company. Check out this list of exciting, out-of-the-box adventures you can plan for your office:

It’s a shame that some of the most fun activities are allegedly just for the youth. Laser tag can be the perfect bonding activity for your coworkers. You could either go to an awesome laser tag arena or get a mobile laser tag company to come to your office.

You never know who in your office is secretly an amazing chef. Sign your office up for a cooking class with a culinary team-building company. If you’re team has some dietary restrictions and you want a more inclusive option, you can search for more niche classes using CozyMeal.

Even if you don’t like to sing, there’s no denying that karaoke is fun for anyone to watch. Who wouldn’t like to see their colleagues try to hit the high notes of a Whitney Houston song? Invite your colleagues to a local bar or reserve a room at a karaoke club. If you prefer to have karaoke at an office, you can order or rent all of the necessary equipment.

Studies have shown that smiling can elevate your happiness and health. A little bit of comedy could be just what your workplace needs.

While there are definitely plenty of comedy bars in your city, you could also recreate a comedy night at your office. Get a microphone, set up a stage, and ask some brave volunteers to publicly flex their comic chops. Your office could also take an improv class together to shake off some nerves and trigger some endorphins.

Does your office need a new vase? Making ceramics could be a very calming, meditative experience. The best part? For once, people won’t be glued to their screens. There are numerous ceramic studios that offer group classes for adults.

You never know who in your office secretly has a green-thumb. Starting an office garden can be a fun communal activity that not only brings everyone closer, but also encourages colleagues to live a healthier lifestyle in the long term.

During the warmer months, buy a garden and a few seeds. Maintaining the box, planting, and watering can be a cyclical duty for a department. And once the vegetables or fruit blossom, your office can come up with a recipe together and celebrate.

In an ideal world, every office will have its own trampoline. But that would be pretty distracting. So, what’s the next big thing? Trampoline parks are spaces where people of all ages can spend a few hours bouncing and letting go of their stress. Visit a trampoline park as an office for an afternoon and watch your coworkers bounce away their stress!

Riding on a segway is one of the 21st century’s unique joys. All across the United States, segway tours have popped up in cities. From the comfort of this futuristic scooter, you could go on a tour of your city’s architecture and history as an office. Warning: some coworkers might want to keep the segways.

A magic show can be a great distraction for your office. Regardless of how stressful your day is, it’s hard not to be amused by a magician pulling off an enigmatic trick. You could either surprise your coworkers with a magician coming to your office or schedule a night where everyone goes to a local magic club.

Just because Halloween is only once a year doesn’t mean you can’t take part in the spontaneity of costume parties all year round. If anything, your colleagues might enjoy the randomness of it all.

Set up a theme for the day: maybe you’re a startup in outer space or all taking part in the Gold Rush. Maybe even have people do a bit of LARPing (Live-Action-Role-Playing) and perform their characters during lunch. This is also a great chance for your office to show off its nerdier side and indulge in any fandoms like Lord of the Rings, Harry Potter, or Star Trek.

Scavenger hunts are a unique chance for your entire office to bond and work towards a common goal. Though they don’t have to be super extensive, they should be complex enough to be engaging. You could either have it at your office or a local park. Divide your workplaces into departments or to encourage people to venture out of their comfort zone, assemble the teams randomly.

Do you know the names of all U.S. presidents by heart? Or maybe there’s a coworker that can recall the most random factoids from the Marvel Universe? During trivia night, all that quirky, miscellaneous knowledge can be put to good use. Make sure to have a diversity of subjects so everyone has a chance to participate and show off their genius knowledge!

Sometimes the best workplace bonding can be pretty simple: all of your colleagues, a few boxes of board games, and an endless supply of pizza. You can set various games like Monopoly, Risk, Chess, and Catan. Have people play in rotation so everyone feels included.

The modern version of this is video game night. Retro games are back in vogue and you can get a Nintendo Classic with your favorite childhood games for just $60.

Many of us are thrill-seekers. But within the confines of the office, it can be tough to get that kick of adrenaline rush. Go-Kart racing can be an enticing adventure that will let your colleagues let off some steam and show off their more competitive side. Think of it as your office’s own little NASCAR event.

Taking Your Workplace To The Next Level

Are you interested in making your office more efficient? Check out what Eden can do for your workplace.