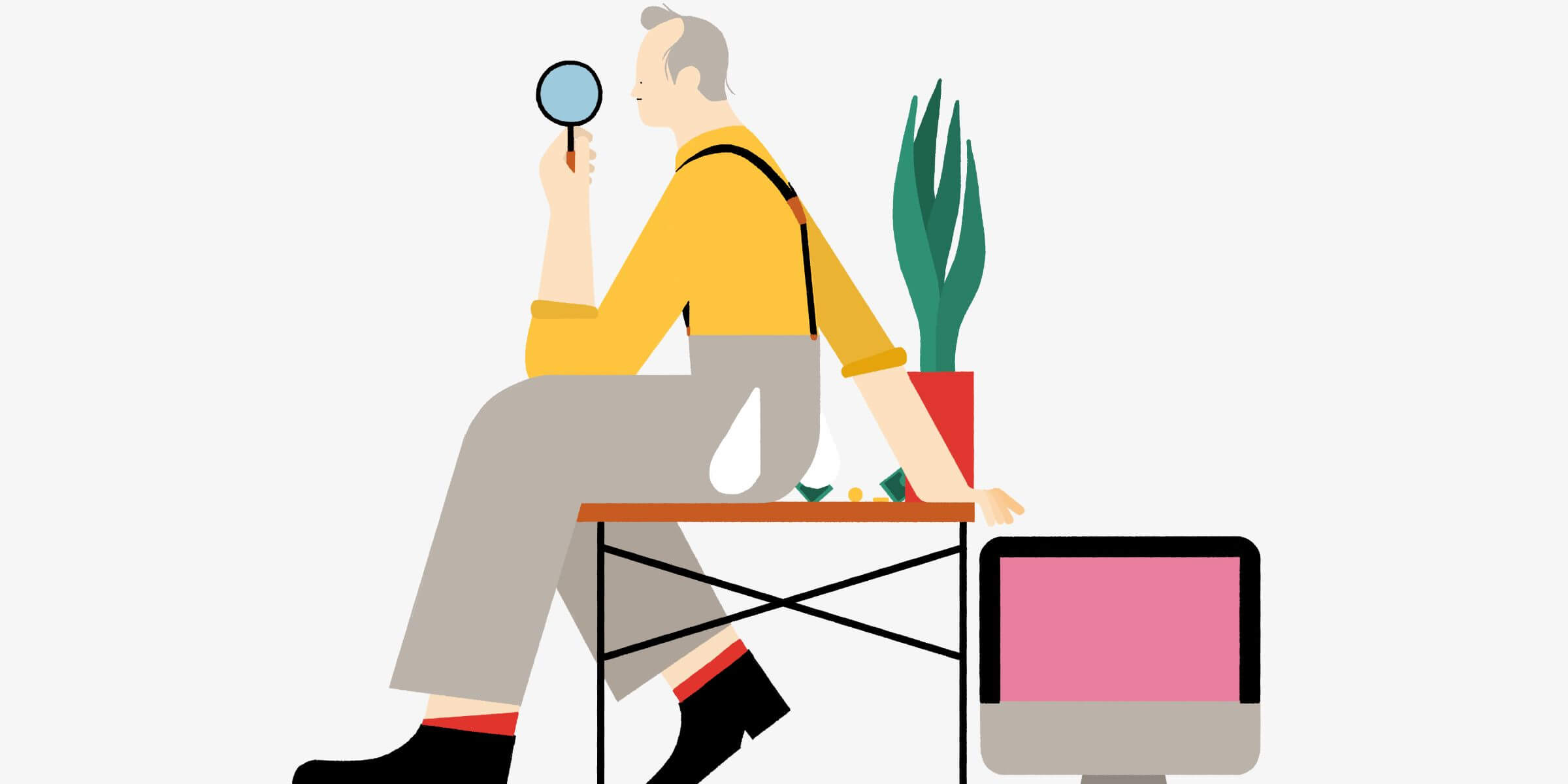 Over the past year, a wave of high-level leaks and breaches at some of the world’s biggest companies, such as Google and Facebook, have brought increasing attention to the ways that companies shield the data of their employees, practices, and customers, or fail to do so.

But the nature of what’s come out in these cases — whether it’s evidence of racial and gender disparity, or signs of financial and ethical disarray — has also left many workers and customers wondering if greater transparency is needed across the board.

The state of transparency

Critics of such opaque behavior have offered various strategies for building solutions to these issues, and suggested critical areas of focus. For some, greater organizational transparency would mean telling customers (or citizens) exactly how and when their personal info is being used, and to what end. For others, it would mean expanding our access and attention to employment data, business records, and ongoing activities.

Americans have certainly noticed they’re being kept in the dark, too, and been showing disapproval. As *Entrepreneur* reported last year, one 2017 study found that nearly 94% of respondents said they were “more likely to be loyal to a brand that offers transparency,” while 73% said they’d be willing to pay more for a product with total transparency.

At the same time, the site noted, “American distrust of corporations is higher than it's ever been. According to the Corporate Perception Indicator survey, only 36% of Americans queried said they felt that corporations were a ‘source of hope.’" And our sense of trust in government appears to be hitting historic lows. In response to recent criticism, businesses and regulatory bodies around the world have been moving quickly to get new guidelines on the books, or in front of shareholders and users.

The European Union, for one, has taken several steps in the past few months to nail down what tech giants are permitted to collect from users. European business leaders have also expressed concern over company practices which may discourage or inhibit competition, leading to several investigations into firms’ tax payments, search-engine prioritization, and other facets. In the U.S., such efforts have ranged from internal industry assessments to congressional hearings and bills, though most have been private, self-administered affairs so far.

Of course, many organizations were trying to get a handle on this issue long before the public heard about Facebook’s and Uber’s data habits, or that employees at Google petitioned their CEO to sever the company’s links to warfare. For years, governments and private businesses have sought to achieve the right balance of transparency vs. privacy and security, with understandably mixed results.

Regardless of industry, the big questions they’ve faced are the same (new technologies aside): what information should be shared, with whom, and how much?

In some areas, regulators have already defined which kinds of information that needs to be reported by governments and companies, including around hiring practices, expenditures, environmental impact. The process itself may involve internally or externally prepared reports, live audits, or specifically dedicated, discretion-bound overseeing bodies. Even when some of that information is made publicly available, there is also far more data on large organizations than there are human-hours to review and and ensure the data is sound.

Members of the public can also ask to review data controlled by the federal government by filing a request under the Freedom of Information Act (FOIA), which allows for the full or partial disclosure of documents that haven’t previously been released. However, it can take years, and multiple requests, for specific information to come to light. Such is the case with requests for information from private companies, too, unless you’re an investor, shareholder, or law enforcement official, but even then information can be difficult to come by.

In the U.S. employees currently have some legally defined rights and limitations around information they can disclose as well. In the U.S., for example, we’re allowed to disclose disability, harassment, and discuss our wages at work, though some employers may discourage these practices or (illegally) attempt to punish them. On paper, we don’t have to reveal everything about our bodies and lives to bosses, though many private employers have sought that data, even pushing for access to workers’ social media passwords and DNA.

The tension between transparency and security

People are increasingly opting to discover or disclose information themselves, especially with the reach and anonymity that technology can allow. In line with this trend, a number of new social platforms have offered to increase transparency and oversight by providing forums for anonymous feedback. Apps like Blind have also invited workers at many large companies to give anonymous feedback on their employers, particularly regarding discrimination, harassment, and work culture.

Not everyone’s convinced that anonymous input well help solve groups’ behavioral and transparency issues, though. In a recent piece for Fast Company, journalist and Contently co-founder Shane Snow explored how anonymous feedback can end up backfiring, and why claiming the criticism you share is an important exercise. He noted that anonymous feedback can be challenging to put into action and effectively undermine the goal of transparency from the start.

In the context of #MeToo and other waves of criticism from workers, Snow reflected, “Now that our culture is (albeit fitfully and unevenly) making it safer to speak out about inappropriate workplace behavior, more people are coming forward with their stories. But it took dozens of trailblazers brave enough to put their names behind their stories for things to begin to change.” To be fair, complete transparency probably isn’t feasible for either individuals or organizations and there are ample practical considerations to be made, which differ for each organization and industry. For example, strong arguments exist for keeping information about the nature and location of dangerous materials or activities under wraps; simultaneously, many have argued that keeping such facts too ‘secure’ can allow operators to evade rules and put an unwitting public at risk.

In addition, making people’s personal information widely available (or using lax protections) can facilitate identity theft, discrimination, harassment, violence, and other serious threats. And then there’s the whole, wild realm of corporate competition such as Apple and Samsung's patent battles, and perception, which U.S. corporations have been shown to take very seriously indeed.

While complete, universal transparency may not be possible or practical, many organizational thinkers believe there are ways we can ensure that key data and decisions get handled above board. Regardless of an organization’s industry or public/private role, the theme of such strategies is usually the same: get more people involved in a meaningful way.

Transparency is a group effort

In the U.S., we often expect collective, organizational decision making around political and non-profit work, but not so often from private companies. Around the world, however, worker cooperatives and other systems that challenge traditional ‘business hierarchy’ have been building steam for years. These approaches managing a company transparently typically rely on dividing responsibility for the company’s actions, and sharing its successes, among a larger pool of employees.

In Spain, for example, the Mondragon Corporation has been operating as a large-scale collective since 1956, and expanded into various new industries based on worker-led strategies and ambitions. Operating with this level of transparency hasn’t always been easy for Mondragon, for example it endured strain as Fagor, an appliance maker and one of its biggest brands went under, however, employees seem confident that the company will survive this loss to grow new branches in years to come.

According to Alix Zacharias, a founding member of August Public, this “democratic” style of decision-making can be adopted to great benefit by large groups of all kinds (and small or midsize ones, too). Founded in 2015, the small Brooklyn consultancy works with large and older organizations to help them “transform into new ways of working, moving from your traditional style of hierarchy and management into a team approach,” Zacharias said.

She recently explained by phone, “We go into companies with a set of mindsets, practices, tools, behaviors, and different structures, in order to facilitate and coach leadership, and really join and work alongside employee teams. As you get people starting to work in these new ways, the company starts to transform.”

Building transparency from the ground up

The methods and mindsets August Public has recommended for clients like PepsiCo, Planned Parenthood, and Google are all ones they’ve incorporated at August from the ground up. Zacharias explained half of the “self-managing, self-organizing” company belongs to its founders, and half belongs to the group of employees who have helped launch it.” As a whole, the firm aims for “total transparency,” from its pay structure to its day-to-day movements.

“We don’t have any roles that act as ‘manager’ — someone who has accountability for keeping others accountable, or with whom a decision sits that can impact a big group of people,” Zacharias said. Instead, every decision is made by a team. For example, if none of August’s consultants wants to take on a would-be client, the group will pass.

Zacharias continued, “Transparency is very important to us as a core value we support. We think the more information you have, the better you can do your job.” To that end, the firm has put everything that is not client-facing or legally protected on their website in a public Google Drive. “We want to share our wins and misses to that other people can learn from it; that’s our overall goal,” she said.

Maintaining and improving their decision-making processes isn’t always easy, of course. “Sometimes you want to have those closed-door moments and you can’t, so you have to make sure you consider people’s feelings, and realize you won’t always get to decisions as quickly as you might if you weren’t transparent.”

The necessity of a more transparent future

Whatever form transparency may take, it seems clear that nearly all organizations should be ready to seek more of it. As MegaFood CEO Robert Craven reflected for Entrepreneur in 2015, “Withholding or cleverly reshaping information is no longer a viable option for this new era of consumers ... for whom skepticism seems to be a default setting.”

And while Americans and others have shown we’re still susceptible to double-speak, we’re also showing a new sense of commitment to finding truth in the flow of information around us, and to preserving public control. Personally and as a group, it’s imperative that we do.

Information has incredible, tangible value — whether it’s data on how much a car ride or cell phone actually costs, how government policies and business practices are doing to the planet, how our coworkers are compensated, or even how millions of people feel about their purchases, pop-stars, families, and lives. It’s also the reason that countless startups offering personalized, super-convenient services — and scooping up data about users — have bloomed into existence, and gotten showered in VC nourishment.

For both organizations and individuals, personal information is and will continue to be more precious than ever, especially as technology to compile and draw insights from it grows ever more sophisticated. Such technological advances can outpace our ability to grasp their impact and in too many cases, these experiments have led to information misuse and user abuse. And still the value and high-stakes trading of this data keep on rising.

For, as sharp as our technology has become, people’s attention in and inarguably superior analysis of this complicated world, whether for spotting disease and disaster or the next Netflix hit, remains priceless. And how we choose to distribute our attention, and regulate how it’s tracked and monetized (or even weaponized), deserves every moment of very careful, very human consideration that we can afford.