The Journey to Director of eOne's U.S. Facilities 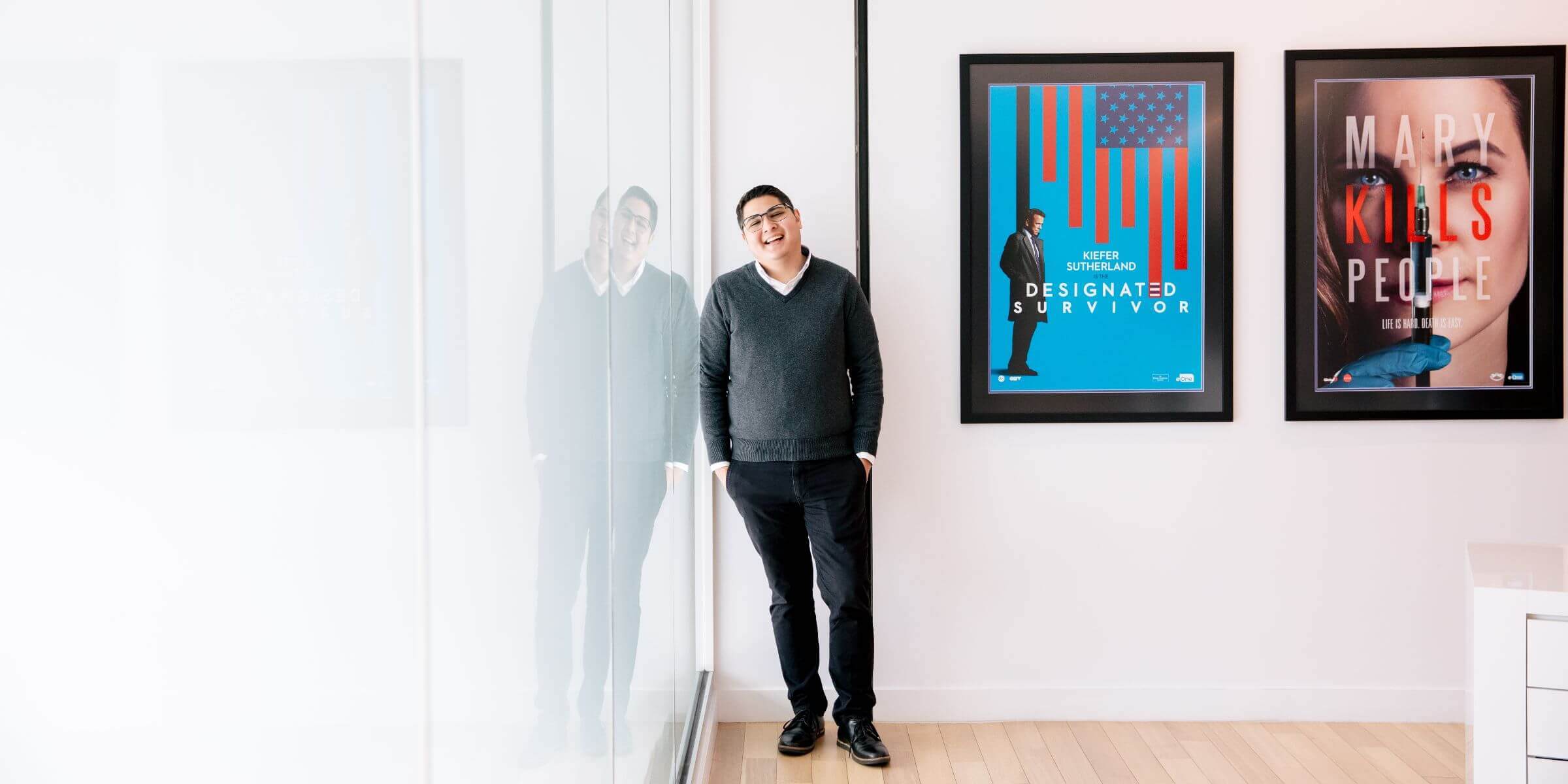 Rene Ledezma's career path has been anything but a straight line; something he recognizes as one of his greatest assets.

"In all my operational roles across all the industries I've worked in, one lesson has been true for all of them," he told us. "You need to be nimble. Business, like life, is unpredictable, and you have to have option B, C and D ready to go at a moment's notice."

Ledezma is the Los Angeles-based Director, Head of U.S. Facilities for Entertainment One (eOne), a global, independent entertainment studio specializing in film, television, music and beyond. He currently oversees six offices across Southern California, plus a handful of others in Nashville and New York. If you had asked him 10 years ago to predict his professional future, he never would have guessed he'd be where he is now.

From concert tour coordinator to non-profit administrative assistant to a management role at a major entertainment company, Ledezma has been in the trenches since he was 14—and has certainly learned a few things along the way. He's bringing it all together and growing at eOne while also balancing marriage and fatherhood. It's a juggling act he's still mastering, but the good news is that each role seems to support the other.

Adaptability and resiliency at an early age

Born in Mexico and raised in the small California town of Calexico, Ledezma describes his early childhood as "the American Dream come true, complete with the white picket fence and all." Things abruptly changed, though, when 10-year-old Ledezma unexpectedly lost his father. His family opted for a change of scenery when his older brother was accepted into California State University, Northridge shortly after, and they uprooted four hours north to Los Angeles.

"Here I was, living next door to Hollywood," he says. "It was a new beginning."

Ledezma soon found himself fascinated by the local underground music scene, and dove head first into ska, reggae, punk and the like. He even managed a friend's band and, with a little persistence, got them a gig performing at the legendary Roxy theatre—no small feat for a 14 year old. The move caught the attention of an indie record label that took Ledezma on as a production assistant.

"I was this kid making his own money and taking care of himself in a lot of ways, but then my mom passed away when I was almost 16, which made me even more independent," he says. "My brother was a few years into college, so I knew no one was going to swoop in and take care of me."

With his brother signing on as his legal guardian, Ledezma worked his way up to office assistant, then tour coordinator, veering off the traditional high school path and earning his diploma through an independent study program that allowed him to continue working. He eventually left the label and tried his hand at manual labor, working in a nearby factory that made artisanal pasta.

"The factory life wasn't for me, but I was able to make my way into a sales and marketing role, which let me really use the skills I'd learned at the record label: making cold calls, talking to people, pitching," he says. "Fortunately, I wasn't very passionate about pasta!" Finding his way into the entertainment industry

Similar to internships or work study programs, each new gig brought with it new skills and curiosities. The sales and marketing stint led Ledezma to a job as an administrative assistant at a local non-profit organization before he transitioned to more corporate roles at major marketing and PR firms. But these positions, unfortunately, left little room for innovation since the companies were running like well-oiled machines by the time he stepped in.

"The last thing I wanted was to be seen as a job hopper, but I still hadn't really found my groove," he says. "What I was craving was work that was stimulating, challenging, and gave me opportunities to really shine and use my skills."

By this time, Ledezma was also wearing the hat of father and husband. It was during an ordinary day with his two young children that his career took an unexpected turn. While watching their favorite cartoon, Peppa Pig, Ledezma noticed the eOne logo that popped up after every episode. He did some digging online and discovered that they were searching for an office manager, so he applied on a whim.

In 2016, he stepped into the role of overseeing day-to-day operations at the company's Beverly Hills office, along with facilities and operational tasks at Entertainment One's other LA area offices. "I spent a lot of time organizing things, streamlining processes and integrating internal divisions that, up until that time, were operating separately," says Ledezma. "When I came on, eOne had eight different offices in LA, so a big part of my job was creating systems that brought everyone under one operational roof."

He made the jump in late 2017 to Director, U.S. Facilities, which means he now manages direct reports and oversees relocations and new construction projects, in addition to office management. Since eOne has grown tremendously by acquisition, Ledezma's agenda is jam-packed with office moves, consolidations and build-outs. In other words, the opportunity to learn never fades.

"I'm learning the art of delegating and being a teachable-moment supervisor versus a micromanaging one," he says. "I've always been fortunate to have very laid-back and encouraging bosses who always saw the value in allowing me to make mistakes, using those moments to teach and develop me, which is exactly how I operate now that I have direct reports."

The trajectory of Ledezma's career may not be linear—life rarely is—but scaling his job and running facilities for multiple offices does let him flex his operational muscles. He's also putting to use all the skills he picked up working across different industries along the way. In both his personal and professional lives, adaptability always reigns supreme.

"Projects can be killed, regardless of how much blood, sweat and tears you've invested in them," he says. "You have to always be prepared for the worst case scenario and be flexible when things don't go according to plan."

After catching up on morning emails, Ledezma kicks off most workdays with some family time before shuttling his kids to school. Punching out at around 8:00 p.m. means that his children are usually two or three dreams in by the time he gets home, which is why he cherishes their morning routine.

"It's a good life, and one I never could have imagined."