How SquareFoot’s Jenni Klauder Enables Her Two Careers to Thrive 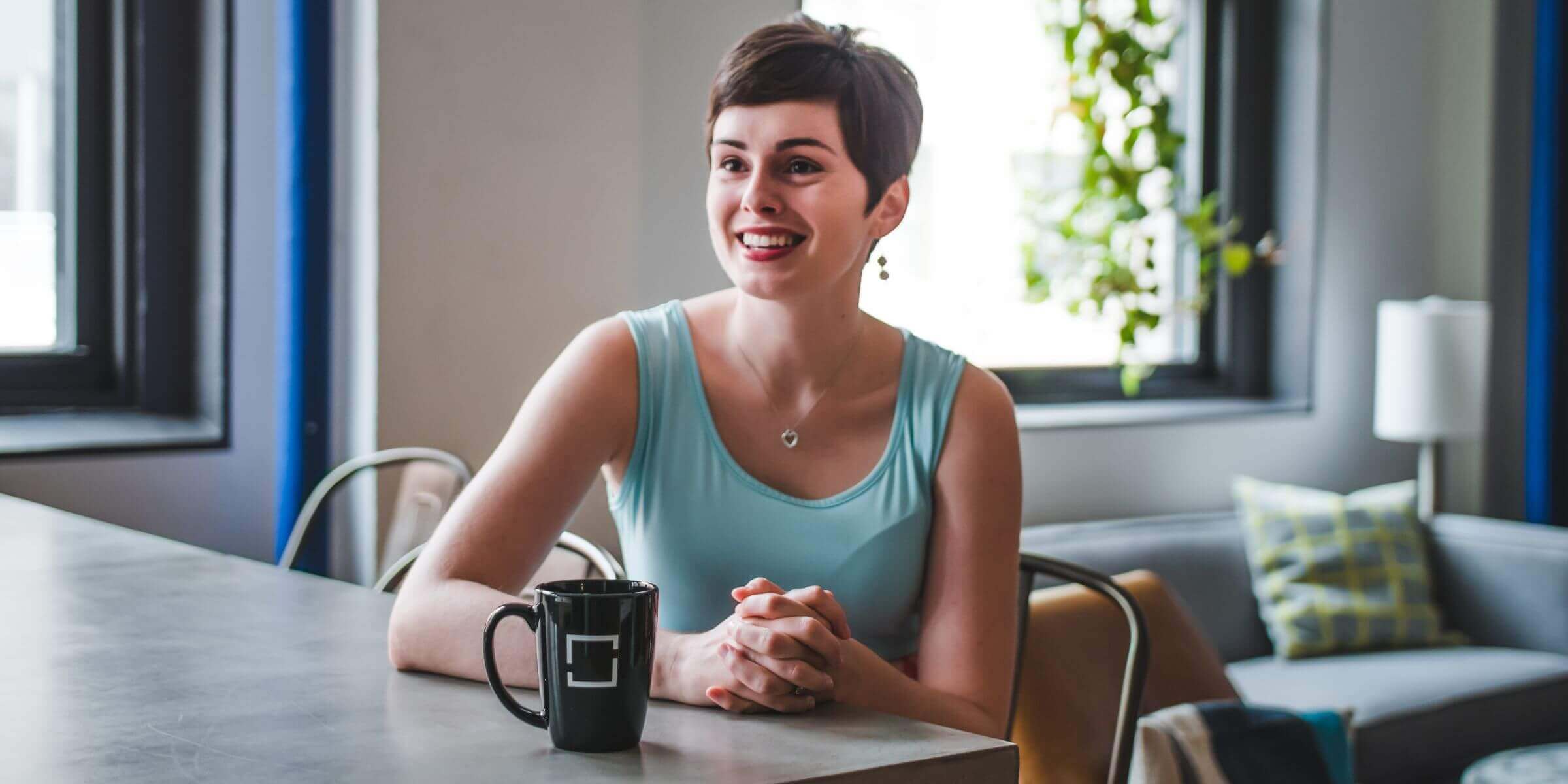 Community manager by day, opera singer by night. That’s what Jenni Klauder’s bio says on SquareFoot’s blog. It makes her sound a little like a superhero, or like she is living a double life. In some ways, she is, but her two lives have more synergy than one might think.

While Jenni earned her Bachelors of Arts in music and Master’s in voice performance, she worked a variety of work-study jobs that proved she had a knack for office administration. After graduation, she moved to New York City, where she would have access to top opera auditions and teachers. But, like many artists who move to an expensive city, she needed a day job. She was intrigued by the tech startup world because of its proclivity towards flexibility, growth, and innovation. A part-time position at SquareFoot was her foot in the door to the startup world and her role there evolved into the company’s full-time community manager.

Balancing two jobs is a tall order, but multitasking is where Jenni thrives. Her enthusiasm shines through when she speaks about both SquareFoot and her music. It’s equally easy to imagine her warmly overseeing an office or embodying a character for her latest operatic role.

“At work everything is on my radar and I am able to easily jump from one thing to the next without missing a beat because of my opera training,” said Jenni. “I sort of liken it to having 87 tabs open in your Chrome browser. That’s how my mind is and it’s where I thrive.”

As a singer, she was trained to multitask from the beginning. With opera, she is usually singing in another language, so she has to think about the translation as well as the correct pronunciation. With every practice or performance, she considers the music, the notes, the phrasing, the rhythm, the character, and the staging. This experience came in handy when she started at SquareFoot, since as every office or community manager knows, it is essential to have the ability to juggle many things at once. SquareFoot is an online platform that connects business owners with commercial office space. They take a community-minded approach to helping their clients find a workspace that matches their needs. The brokers who work at SquareFoot are salaried, as opposed to working on commission, so they don’t have pressure to try to sell their clients on a space that is not the right fit. If SquareFoot doesn’t have the perfect space for a client, it also has partnerships with WeWork and other major coworking spaces to point them in the right direction. Their blog, which Jenni helps to edit, is geared towards general tips and educational pieces, so that even if visitors end up using a different broker, SquareFoot has helped to provide some insight on how to navigate the complicated world of commercial real estate.

As community manager, Jenni handles basic workplace operations including scheduling cleaning and maintenance from Managed by Q, ordering food, stocking snacks, and making sure everything in the office is running smoothly. She also plans a lot of the internal team events, whether that’s a happy hour, a company book club, or an ice cream social.

Jenni has also taken on social media management for SquareFoot, a jump she made after she had mastered the clerical aspects of her role. The company paid for her to take a Photoshop workshop to sharpen her graphic design skills and create visual brand posts for the company on Instagram and Facebook. She also writes posts for the SquareFoot blog from her perspective as an office management professional. Jenni recommends that others in administrative positions who would like to branch out into social media management be proactive by preparing content before making the ask to contribute.

“The easiest way to start is to have a great blog post draft already ready,” said Jenni. “That way you can say, ‘I thought this would be a great post, let me know what you think about this draft.’ Instead of sort of tip-toeing around and saying, ‘oh I’m interested in maybe one day contributing’.”

As a company, SquareFoot’s values center on generosity, education, and selflessness, qualities which Jenni works to bring into the company’s social media presence and events. As volunteering is important to the company culture, Jenni works to organize SquareFoot events that focus on empowering others. SquareFoot has held office coat drives, participated with other leading startups in the Bombas 60K Day (an initiative to distribute 60,000 socks to people in shelters and service centers across the city), and given to charities in lieu of sending traditional holiday gift baskets.

One event Jenni proudly leads is the job shadowing sessions with The Fresh Air Fund. The organization brings junior high students from underserved communities to visit an office for several hours and see what it is like to work there. Jenni organizes an activity where the students team up with SquareFoot brokers or developers. They learn what those careers may involve, from navigating the company’s technology to discovering real world broker scenarios, like finding a 3,000 square foot office for a fashion company with 30 employees.

Even with all that she has on her plate, her opera career continues to thrive alongside her career as a community manager. She credits SquareFoot for allowing her the flexibility to travel and work remotely when she’s off rehearsing. She recently performed at Carnegie Hall as part of an opera gala concert. Currently she’s working with a Canadian composer who has written a piece specifically for her voice that she hopes will receive its New York premiere early in 2018. In the meantime, she also has a rehearsal space that’s close to her office where she often goes to practice on her lunch break.

And while Jenni’s training as a professional opera singer helped prepare her for the serious multi-tasking that is at the heart of any office or community manager’s work, her experiences at SquareFoot have also shaped her singing career. One of the things she mentioned was hard for her to realize is that she cannot please everyone. The SquareFoot events she plans have been well-attended, but there will always be people who hesitate to participate in the volunteer events with students, or that one employee who doesn’t eat ice cream and therefore won’t show up to the ice cream social.

“At first it’s super discouraging, like, everyone doesn’t want to come to my events? But my CEO told me that even if the whole company isn’t here, the percentage of people that are here is quite significant. He always reminds me, you’re not going to please everyone with every decision,” said Jenni.

“I’ve been slowly trying to translate that to my singing because the opera world is so subjective. Somebody might love the way I sing something and another person might be like, ‘well that’s not how it was done in the days of yore and I’m a traditionalist.’ Well, then I move on. It’s important to not let those outside factors stress me out or give me anxiety. I realize it’s not me, so I just need to keep doing my thing and doing what I do best.”