Your Office May Be Killing You Softly: Inside Sick Building Syndrome 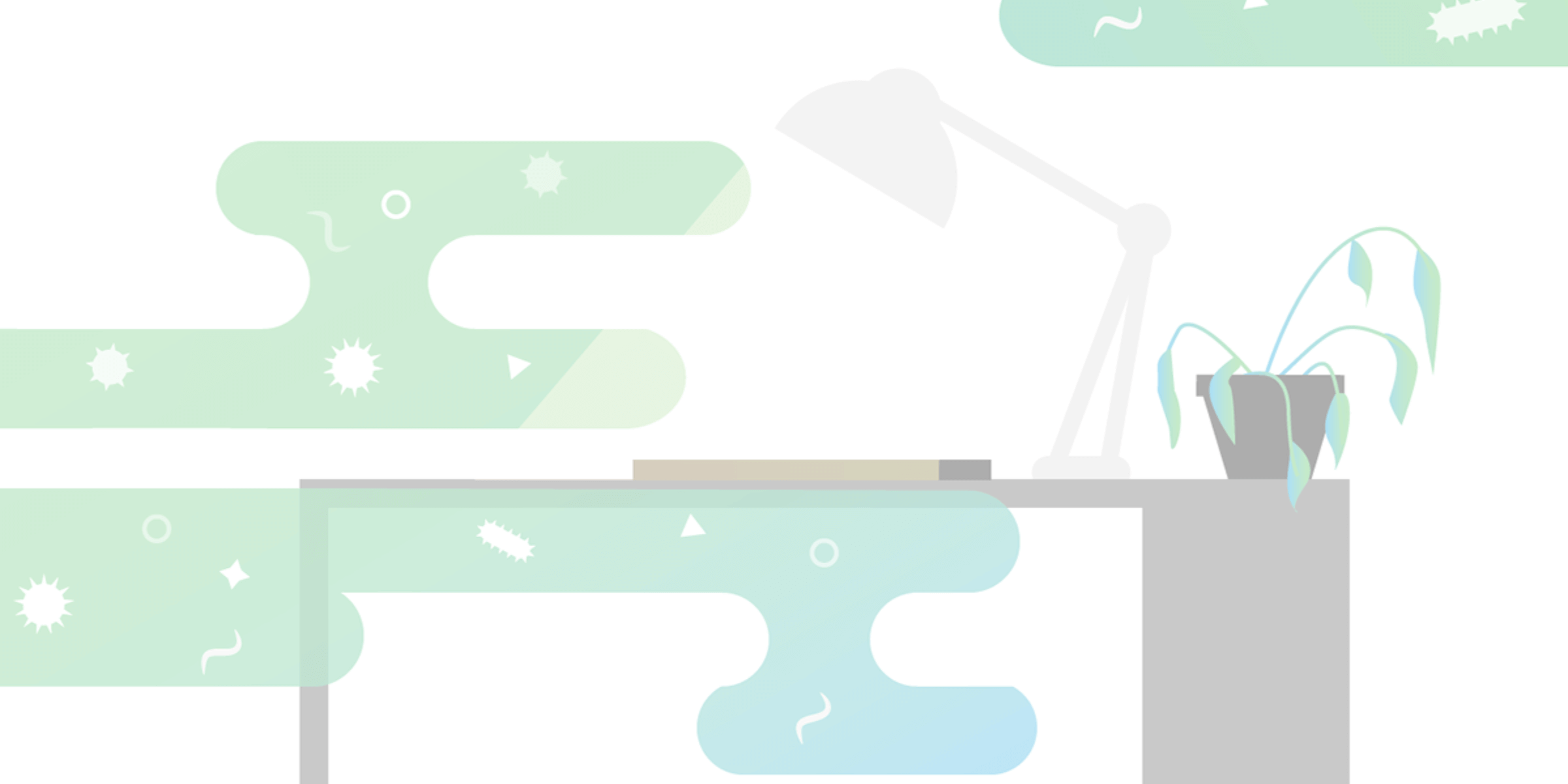 Every few months, a strange stench saturated the air in the St. John Plant Science Laboratory at the University of Hawaii at Manoa.

“We would have a day of smell at random, intermediate intervals,” says Andy Kaufman, an assistant professor in the Department of Tropical Plant and Soil Sciences who had an office in the building for the last 12 years. Kaufman describes it as “a stale, chemical smell” and says he experienced headache and fatigue after a “smell day.”

Countless students in chemistry, biology, and ecology have done lab work in the six-story building since its 1971 dedication. About 150 staffers work there, shut in by that windows that do not open.

Professor Joe DeFrank says he noticed the smell getting stronger and more frequent about two years ago, after a renovation project overturned some previously dormant material in the building. He says it caused him to feel dizzy, irritated his eyes, and left a “metal” taste in his mouth. “It’s one of the older buildings on campus,” he says, “and I don’t think it’s ducted to keep out the fumes.” He eventually moved his office to another building.

The university’s Environmental Health and Safety Office found that improper use of ventilation on the part of one lab group and the contractors may have caused the issue, according to UH spokesman Dan Meisenzahl. He says recent tests have shown all toxicity levels to be within state and federal safety standards. Meisenzahl adds, “There is no proof of anything in the building making anyone sick.”

The lack of definitive source for the purported symptoms in the St. John Plant Science Laboratory gives it hallmarks of Sick Building Syndrome. The phenomenon is defined by the Environmental Protection Agency as one “in which building occupants experience acute health and comfort effects that appear to be linked to time spent in a building, but no specific illness or cause can be identified.”

“The symptoms of Sick Building Syndrome are very subjective,” says Mark Mendell, an epidemiologist and affiliate staff scientist at the U.S. Department of Energy Office of Science’s Lawrence Berkeley National Laboratory. “One person can blame it on the building where another wouldn’t. There is certainly a psychological component, but usually there is a [scientific] basis beneath it.”

Mendell, who has studied Sick Building Syndrome extensively, says it’s common to buildings constructed in the mid-20th century, when basic building materials, like tiles and carpeting, were at peak toxicity. Low-level irritants, from paints, sealers and chemically treated plastics and vinyl, mix with years’ worth of cleaning products and the toxins people carry on them, such as deodorants, perfumes and residual tobacco smoke. Add some chronic dampness to the slow-boiling noxious stew and trap it in with poor ventilation and you have a constant source of watery eyes, sneezing, coughing, headaches, fatigue, and breathing issues. “It can seem like an allergy attack and the people who have allergies tend to show symptoms [of Sick Building Syndrome] first,” says Mendell.

But there is no one identifiable source for the symptoms, so building owners and managers—who, in some cases, are also the employers of the people affected—often think those who complain are being overdramatic. “They often blame workers for being complainers and troublemakers,” says Mendell, “especially when no expert they’ve consulted can say it’s this specific chemical or that specific chemical.”

Sick Building Syndrome is especially prevalent in warm, damp climates, which explains why many of the first well-known cases happened in in Florida, where some workspaces become petri dishes of mold and fungus. A few expensive courthouses in the state were shut down after occupants complained the settings were making them sick. But since the late ’70s cases of SBS have popped up everywhere — even in the home base of those fighting airborne toxins. Federal employees who work out of the EPA’s Region 9 Headquarters in San Francisco complained to union leaders last year that the building was making them ill.

William J. Fisk, senior scientist at the Lawrence Berkeley National Laboratory’s Indoor Environment Group, says it’s important to understand that all buildings are “sick” to some degree. “The phenomenon occurs in all buildings, to an extent,” says Fisk. It’s a mistake, he says, “to think of the issue of ‘sick buildings’ vs. ‘non-sick buildings,’ but to think of a continuum of issues that all people who work and live in buildings and breathe the air inside experience.”

Mendell says that builders should “plan early” to avoid Sick Building Syndrome. This does not mean running towards a trendy “green” designation, he says. Some, such as Leadership in Energy & Environmental Design (LEED) certification, address some environmental factors but don’t have much to do with indoor air quality. “People would often like to build a LEED building,” he says, “but LEED has few protections for workers.”

Instead, ventilation is usually the key. Mendell says builders should be acutely aware of how easily their system lets out used air and excess moisture. Excessive efforts for climate control often interfere with ventilation.

For existing buildings that seem to be the source of sniffles, Mendell says owners should get the opinion of an indoor air expert. If they do not find anything visible and definitive (like radon or asbestos), the easiest fix is usually an upgrade of the ventilation system.

Unfortunately, the solutions to Sick Building Syndrome are rarely simple. In past cases, Mendell says he found that a building’s ventilation system was being corrupted because it was taking in air from a busy bus stop outside. The solution was moving the stop and sending its idling diesel buses down the street. Sometimes, humans and the chemicals they spread aren’t always the problem: In another instance, the culprit was bird nests in the building’s duct system.