Schedule All the Spaces of the Modern Office with Robin 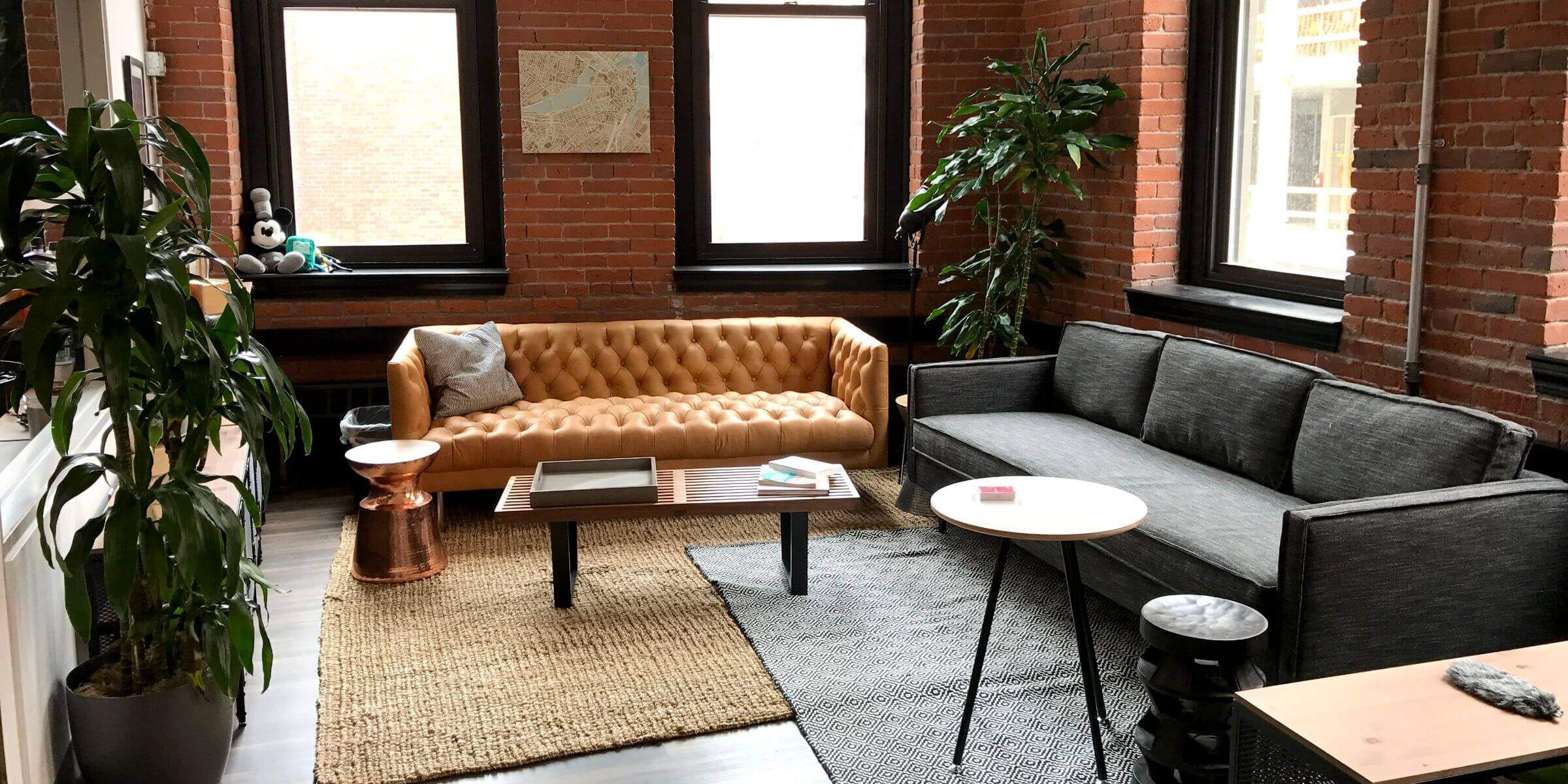 In its earliest days, when it was awaiting renovations to its headquarters, the Boston-based software company Robin moved into a Dilbert-style cubicle farm on their building’s first floor. The landlord offered it for free during the wait. It was 2014 and the place seemed like a time capsule. It was “all 1990s-style cubicles and felt walls,” recalls Robin CEO and cofounder Sam Dunn. It was an odd launch pad for a company that seeks to maximize the efficiency of modern office spaces, most of them with open floor plans meant to counteract the strangulating effects of cubes. Dunn says the month and a half in that shell of a workplace past was also a “social experiment” that confirmed the new age workplace philosophy that Robin seeks to enable.

Before Robin, Sam Dunn and his twin brother and co-founder Zach had run a digital promotions and events company. From that company, they took a team of about 20 and created Robin, which offers a software platform to schedule and monitor conference rooms and shared spaces in offices in conjunction with existing calendar systems. Most employees were young and had never worked in a setting straight out of Office Space. They first embraced it as a joke. “A bunch of people showed up on the first day dressed like Dwight from The Office,” says Dunn, “and we got a bunch of those 90s-style motivational posters.”

However, the interior design of the temporary office actually began to change Robin’s workplace culture. There were several private offices and at first, Robin employees rotated who got one. Quickly, some became attached to their island of privacy and began justifying why they needed it more than others. People socialized less and kept stricter 9-to-5 schedules. Dunn realized he wasn’t seeing or getting ideas from certain people because they occupied an ill-trafficked spot in the grid of desk space.

People adapted roles their environment signaled to them. It was like the Stanford Prison Experiment, but with cubicles and printer stations. “It was very quiet, very solemn, and I think we would have a hard time recruiting with that environment,” says Dunn. “Fortunately, no one got super-fussy, but we were glad to be done with it after a month or so.”

As Robin’s experience demonstrated, workspace design and the philosophies behind it have evolved since the buttoned-up sectioning off of workspaces in the late 20th century. This has become more critical, says Dunn, since many companies started instituting open office plans. The mobility offered by laptops and tablets means that there is no need for employees to be stationed at assigned desks, anchored by bulky monitors and tower units.

Many offices are now composed of what Dunn calls “ingredients”: places that support certain activities and mindsets, as opposed to certain job titles. One section may be dedicated to large presentations, another to small meetings. Some nooks should be quiet for email catch-up and planning, and others should allow for laid back socializing.

In such spaces, “scheduling is the most important need to get right,” says Dunn. “You need to make sure you have an inventory of your spaces, tech, and people’s schedules so that you can build a script of what happens throughout the day.”

One of Robin's most popular products is the room display software that can live on multiple types of tablets or touch screen devices. It helps employees know what spaces are available and book last minute meetings. The software even frees up a room if no one has checked into a scheduled meeting there.

When the entire system “is utilized well it feels like an executive assistant for everyone,” says Dunn. “We know the rooms. We can course-correct if a meeting room that you’d prefer becomes open. If you’re not going to show up, we cancel. We recommend the best space for the type of meeting you’re having. A super power that normally only executives have is what Robin offers to everyone.”

Robin works across industries. “Our customer base is not specific to one sector,” Dunn says. “It’s specific to when you have a certain number of people in an office. If you have over 12 conference rooms, you definitely have meeting room traffic jams.” An open floor plan can also worsen the meeting room shuffle: “with fewer private offices, you start to see these closed spaces be much more coveted, so they need to be scheduled, you need to sure people can use them when they need to.”

Robin identified a real need and venture capital firms and venerable furniture design company Herman Miller have backed the company in a seed funding round. Their partnership with Herman Miller runs deeper than strictly financial and the two are currently partnering to develop “smart” furniture. Chairs built with sensors to help identify which individual workstations are free or occupied are in the works, says Dunn.

Dunn hopes to help mitigate a problem that’s giving open offices a bad name: the perception that they are disorganized, noisy, and made chaotic by the energy and more free-form approach of younger workers. If not well managed, Dunn worries open offices might be seen with the kind of annoyance and dread which were eventually applied to the much-parodied cubicle spaces, like the one in which Robin was incubated.

Instead, Dunn encourages companies to invest more energy into office common spaces and embrace the idea of a fluid workspace. Dunn himself has given up a desk due to a growing number new hires, and now sits at an impromptu table behind the Herman Miller couches in the company’s open lounge area. Luckily, inspiration is not far. He sits adjacent to a majestic piece of artwork from Robin's annual Bob Ross paint night, a happy accident that illustrates the power of an effective open floor plan.