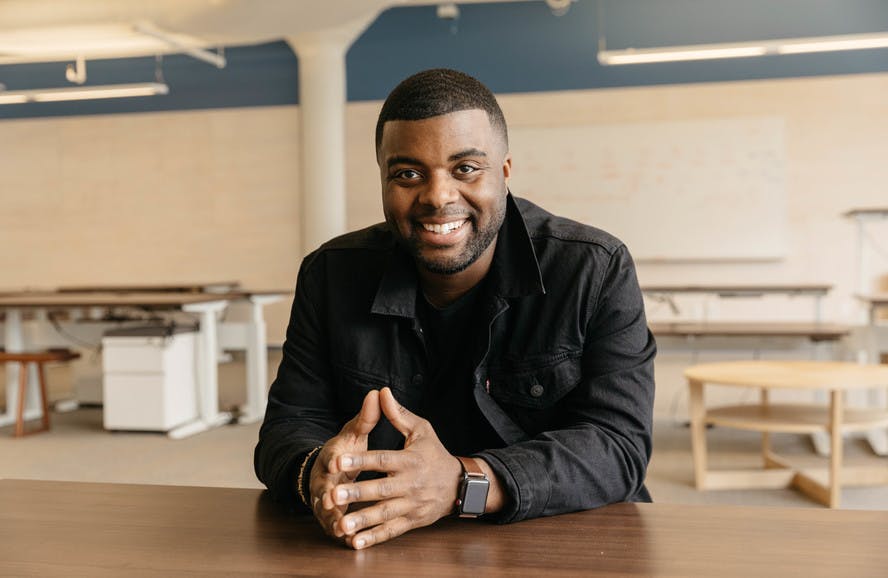 Robert Hightower, who’s been called Hightower his entire life, is the office manager for Lob, a print delivery network that helps companies use snail mail more efficiently. Hightower got his start working for Homeland Security and pivoted to office management in 2016. His first startup gig was cleaning offices as a Cleaning Wizard for Eden, which gave him insight into how an office was run and how it could be run better. Here’s how he found ways to make himself indispensable along the way:

Looking For The Right Thing

Hightower needed a company that was willing to take a chance on his having no experience in tech or office management. “I wanted to find a fresh. new and young start up where they were building positions and not assigning people to positions,” Hightower says of his job search.

Starting With No Experience

“I thought, you know if you want to get into tech you’re going to have to start at the very bottom, you’ve got to be humble,” Hightower explains. “So I came in with a humble attitude and started to clean. I then became the first manager for Eden for all of our wizards and then Eden was just growing so fast and we got promoted to different titles and it worked out really well for me because I got this on-the-fly experience into the office manager role.”

Hightower worked with Lob while he was at Eden. For 10 months, he fostered and created relationships with the various companies Eden worked with. When Lob announced it was looking for an office manager, Hightower put himself up for the opportunity. “I had a good rapport with Lob and then I got hired,” he reflects. “It’s crazy bc there was no standard operating procedure for my position at all, and they needed a lot of things done, I wanted a challenge and was very clear that I could do this.”

Be Willing To Do Anything And Everything

Since there was no official job description for Lob’s office manager position, Hightower has had to make it up as he goes along, which means jumping in to do anything and everything. Hightower doesn’t just wear a lot of hats, he wears almost all of them. Among his responsibilities at Lob: onboarding for new employees, IT work, stocking the kitchen, keeping the office clean, planning off-site events, organizing company happy hours and so much more.

A huge project Hightower is proud of is when Lob had to move offices. The office was moving down the hall, from 4,200 square feet to 17,850 square feet, and Lob’s employees had to be able to work out of the new office during the transition. The entire move was essentially organized chaos, which required Hightower to tackle unexpected issues, like building codes that wouldn’t allow deliveries after 10am and delayed shipments. “I’d been a part of office moves before, but to coordinate, facilitate and direct and then actually physically do the move was a totally different animal,” he says.

Set Expectations For Yourself And Others

The expectations that employees have around office managers is a difficult balance. Part of the job is to exceed expectation, so going over the top is looked as doing your job. “We had an administrative appreciation day recently and one of my coworkers joked that I’m like the single mom who takes care of all the kids ands make sure they’re fed but still get to all their sports games,” Hightower says while laughing. In another field, going above and beyond might yield a promotion, whereas Hightower’s job description is to go above and beyond. “There’s this weird thing where you don’t want to bring attention to all that you’re doing but you kind of have to think, I guess they appreciate me, but they appreciate it and expect it at the same time, there’s no in between.” Hightower sometimes wonders if he sets the bar too high, but he enjoys doing it and knows it will pay off. After all, he says, “It’s part of the challenge and it’s why you do it.”

Connect on LinkedIn and learn more about what Hightower does at lob.com