Working Together to Create a Collaborative Space at OrderGroove 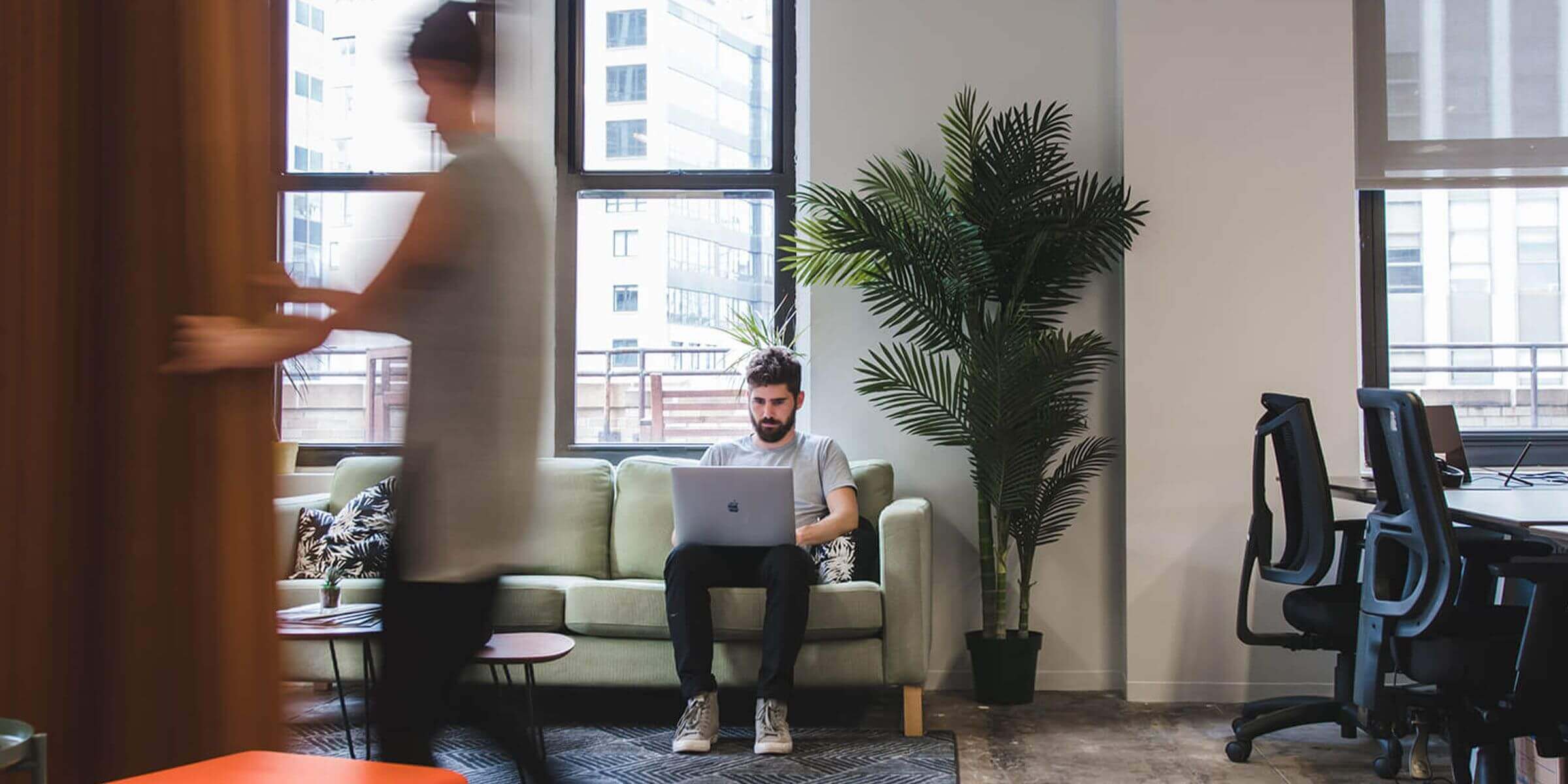 “The reason I got into HR all those years ago is because I want people to feel successful and happy at work. People work way too much to not enjoy the work they’re doing, the space they’re in, and the company they work for.”

Karen Weeks, OrderGroove’s VP of People, has spent the last 15 years working not just “in HR,” but in service to the employees of the companies that she has worked for. Weeks looks at her position as one that’s “less about policy and procedure” and more about “people first, with a focus on the individuals and what they bring to the table.” Most important in her philosophy is the idea that everyone adds value to their workplace and thus, should feel valued. In her role, Weeks wears many hats, but when she was tasked with renovating OrderGroove’s office, she knew immediately that her experience in making sure everyone’s voice was heard and needs were taken into consideration would be key to guiding the project.

With the boom of online retail consumer needs and preferences have changed: they want to buy whenever and wherever they want, which is a tall order for many retailers. To help retailers meet this need, OrderGroove builds Relationship Commerce solutions that transform one-and-done impersonal transactions to ongoing engagement. That means placing a subscription order online or in-store for your pet’s dog food and knowing you’ll get it before you run out or reordering your vitamins via text. Weeks describes OrderGroove’s goal as “really about building ongoing, profitable relationships between our retail and brand clients and their customers.”

OrderGroove values collaboration on every level, a philosophy which drew Weeks to the company. OrderGroove's customers range from retail giants Walmart and Petsmart to more niche brands like Lush and Zabar’s and OrderGroove’s employees tends to travel to their clients' offices. Still, when Weeks was assigned to renovate OrderGroove’s workspace she knew they wanted the office to have a “really polished, professional look.” The company had grown rapidly since its 2010 founding, and Weeks explained that “before we did the renovation, as we added people, we just put desks wherever we could versus taking a step back (not something you can do on a day to day basis) and figuring out the right seating configuration.” As a result, OrderGroove’s space felt cluttered and dark, despite an abundance of natural light.

Weeks began by gathering a small planning committee to establish what they were hoping to achieve with the renovation. Their two biggest tools in this stage? Pinterest boards and their employees. Weeks' team used the Pinterest boards to gather images that had the right look and feel—light, but with pops of color, storage space to reduce clutter (often cleverly hidden in useful pieces of furniture,) and, above all, a flexible, adaptive workspace with a myriad of options for teamwork and creativity. Essentially, Weeks didn’t want people to be tied to their desks, but rather, have more space to collaborate. “I’ve never worked in an office with too many conference rooms,” she noted wryly.

But these goals were not just generated by Weeks' planning team alone. She was clear that one of the most important parts of the renovation was carefully considering all employee feedback and using that information to prioritize. With everyone involved, Weeks could ensure she created the best possible office for the people working in it. For example, her team wanted more space for impromptu conversations, whiteboards for brainstorming, and natural light.

To shape their ideas into a coherent vision, create a plan and implement it, Weeks decided to bring on an interior designer and a general contractor. After sending out a number of inquiries, she sourced both through Managed by Q's platform. Kaitlyn Payne, the Principal Designer of Basicspace, connected immediately with OrderGroove’s values and vision. In addition, she checked the boxes that Weeks was looking for in an interior designer: innovative, balanced, creative, insightful, connected, and within her budget.

Weeks found working with a designer imperative as she and her team “were used to the space a certain way. We couldn’t get our brains outside of that and into a different viewpoint.” But Kaitlyn could. In fact, after Kaitlyn presented them with several different concepts, it her most out-of-the-box idea that Karen and her team ended up moving forward with. Weeks explained, “We assumed we had to keep all the conference rooms as they were and just reconfigure the desks in the current open floor area. But Kaitlyn's idea was to break down the rooms and leverage more open spaces. This allowed for more desks, better desk layout, and the collaborative spaces people were asking for.” With blueprint in hand, along with their feedback from the entire team, Weeks was able to review the design and prioritize from a budget standpoint. An example of true collaboration: everyone involved added to the collective vision.

Team engagement throughout the process

As the renovation neared, Weeks worked to keep employee excitement high about their new workspace. Before the construction started she put up pictures around the office of what that area would look like once it was done to illustrate the updated concept and feel of the space. “People got really excited about it,” she added.

During the construction week while her team worked off-site, Weeks maintained that sense of anticipation by keeping them engaged in the process. She took pictures and posted them on Slack with comments like, “‘Oh! This wall just fell down!’” As the team watched elements of the new office come to life, such as the company’s values posted in the kitchen so they are the first thing they saw when they entered, they got excited to make it their own.

As her team worked remotely, Karen was in the OrderGroove office supervising the construction. She found that taking the project from blueprint to reality was more work than she planned and brought up many more questions that she’d originally anticipated. For anyone who is tackling a similar project, she reminds them to pay attention to the little things, as those are what can really trip you up and delay the project.

“The advice I would share, especially for those in a smaller office and with limited resources, is that it is worth building into your budget the ability to hire a handyman to come in a do some of that detail-oriented work to finish the space,” says Weeks. Towards the end of the project, Weeks (and her husband) spent time assembling furniture themselves. While her team’s excitement about the new space made her work and hustle worth it, Weeks advises that hiring others to fulfill specific tasks, such as a helper or handyman from Managed by Q, can really make a difference.

As happy as the entire OrderGroove team is with the renovation, Weeks is quick to remind everyone that a project as big as this kind of office overhaul doesn’t happen in one go. In light of that, she made sure to establish a volunteer office committee, dedicated to the constant adaptation and continued collaboration an office space that is constantly growing needs. Included in that process was a post-renovation survey to get feedback from the entire team, which Weeks considered as important as the pre-renovation survey. After all, one of her goals for the project was, “for the team to walk in and feel energized and excited to be here, to enjoy the space they’re in.”

And so far, the OrderGroove team has been. Weeks received feedback like, “I love coming into the office and proud to bring guests here after the renovation," and "The office feels so crisp and professional and it fits our culture,” from her colleagues, including the company's CEO and COO.

But as the online retail community grows and adapts, so must OrderGroove as a company, and so must their space. That way the physical office will never fall back into a dark and cluttered state. As Weeks reflects, “This last year we’ve been focusing a lot on how we approach our product and how to be more agile. I keep reminding myself and others that we need to apply that same idea with everything we do. You have to get the big stuff out of the way first and continue to learn and iterate.” Her example? “We’ve moved the dishes around probably four times,” she laughs.

Her final words on the matter are wise words for any company, renovator, office manager, or anyone just trying to get through their day to day with an eye to making things better, “There is never an end. You’re always learning and adjusting as you go. But remember, you don’t have to do it alone. Create a project team to work with, collect employee feedback, and hire the support you need during the work.”

Photography by Basicspace and Jeff Mertz