Open Office vs. Cubicles: Which Office Layout Design Is Better? 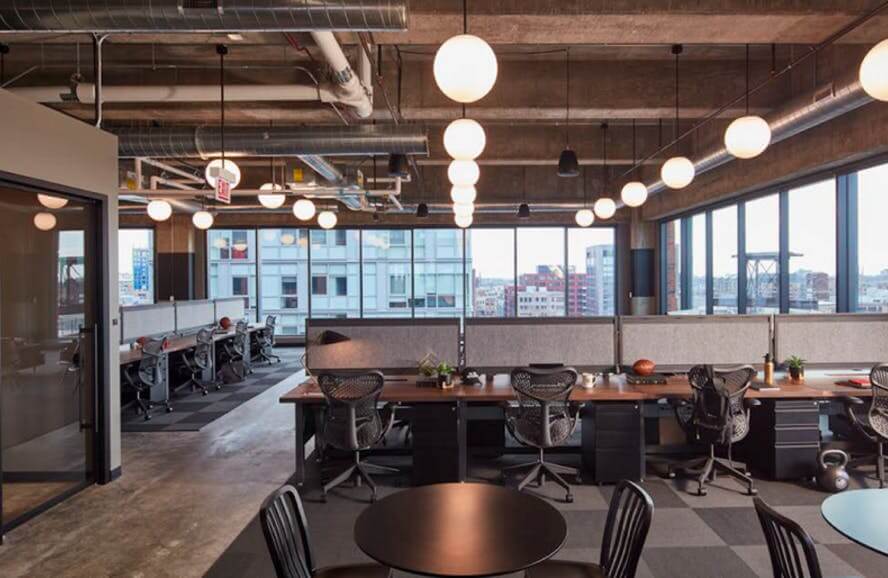 When you’re moving into a new space or redesigning your office, there’s a distinct opportunity to make some meaningful changes in your company’s workplace culture. One of the most important decisions you’ll make is deciding which type of office layout is best for your company. Should you have cubicles or an open office?

There are pros and cons to both layouts, but ultimately, it’s about what works best for the unique needs of your company. If you’re struggling to come to a decision, this guide can help you choose.

Open Offices: What You Should Know

Though open offices are synonymous with 21st century startup culture, they have been around for decades and actually are older than cubicles. According to Scientific American, open office plans originated in the first of the 20th century as a way for companies to fit more employees in a space.

These days, open office plans are popular because they explicitly promote collaboration, transparency, and an enticing sense of controlled chaos. Here are a few of the main advantages of having an open office layout:

Though there are plenty of benefits, there are still a few drawbacks:

A lot of open-plan offices find ways to overcome these challenges and still enjoy having an open office layout. For example, phone booths have helped offices create spaces for employees who need some privacy.

Alix Palmer, an executive assistant at the Chicago sports agency rEvolution World, told us about his about his experience working with Iron Age Office to design their space. Palmer is happy with the collaborative potential that has come from having an open-office plan.

She told Eden, “As well as telling our story, our office layout is not only reflective but encourages our collaborative team atmosphere. In addition to utilizing our beautiful meeting rooms, it’s common to witness impromptu team huddles, big and small, around a teammate’s desk, a high-top table, one of the many leather couches, the stadium seats or Bear and Rabbit bar.”

Cubicles: What You Should Know

There was a time when cubicles were the norm. You can probably name a handful of films or TV shows that portray the workplace culture of cubicles. Cubicles have been around for nearly sixty years. In 1960, Henry Miller created the first office cubicle as part of his larger initiative of finding solutions to furniture problems. Though they have become notorious, many companies find them to be an effective option. Here are some of the benefits:

Despite these benefits, there are some drawbacks:

Ben Tvedte, Director of Operations at MediRevv, says that his company chose cubicles because of the needs of his business. He said. “Our team members are engaging in conversations and/or work that involves PHI or Protected Health Information, so cubicles allow many conversations to occur simultaneously, yet remain private. In the same respect, cubicles also allow for easy and open communication with teammates in close proximity.”

How To Decide What’s Right For Your Office:

There are pros and cons to having an open office or a cubicle. The decision should rest on what your office needs. For example, a company like MediRevv needs an office in which multiple colleagues can be on the phone at the same time and where private data is secure. On the other hand, a company like rEvolution World was seeking an environment that could visually manifest their ethos of collaboration and creativity. Before deciding your office’s design, evaluate what your team’s values and priorities are and go from there.

Office design is merely one aspect to having an awesome workplace culture. With Eden, you can streamline your office cleaning, IT support, and handyman services, while also getting connected with a team of verified vendors.