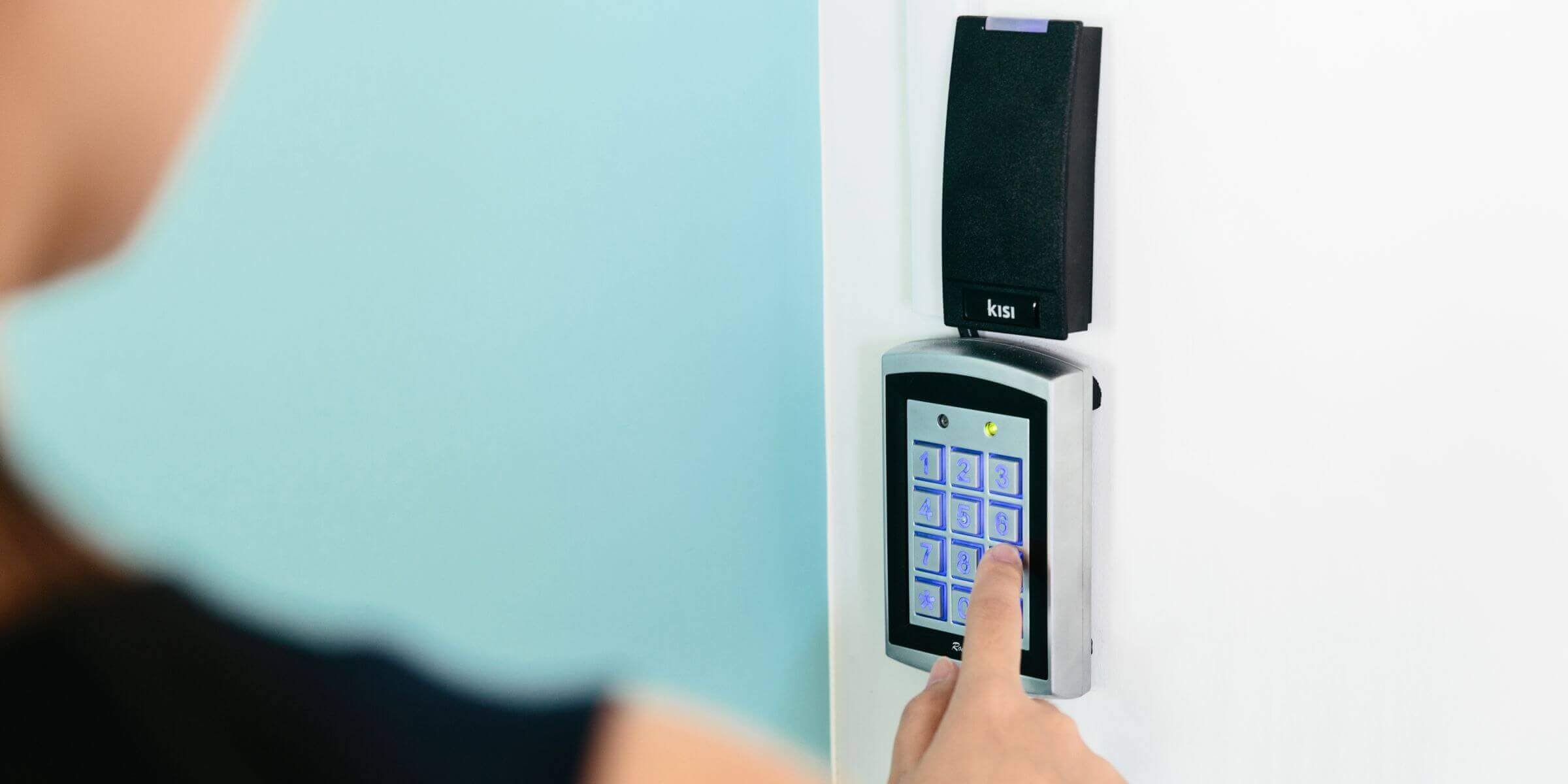 There were plenty of witnesses, but they can’t speak and have very short memories, so the crime remains unsolved.

Max Robinson, co-owner of Fish Tank Bank, an online seller of aquariums and related products, says a break-in of the company’s office in Dunfermline, Scotland, “almost ruined us.”

“Someone broke and climbed through one of our windows,” Robinson recalls, “taking not only money, but the important and expensive equipment that we need to run our business.” The thief made off with laptops and machines that apply adhesive labels, all in front of a tank of betta splendens. (Bettas are known as “fighting fish,” but they didn’t rush to the business’s defense, Robinson jokingly notes.) It is a small office, but the incident convinced Robinson to invest in surveillance cameras and motion-detecting lighting.

Stateside, burglaries of non-residential locations, like stores and offices, occur about 550,000 times a year, according to FBI data. On average, each nets the perpetrator $2,179 in cash and the value of items stolen. Often, these break-ins leave business owners scrambling and wondering what they could have done differently.

The thought of losing precious equipment, cash, or inventory can make any business owner fearful. However, there are smart, cost-conscious strategies to prevent and minimize the loss from office break-ins.

These five tips from security experts will help you keep your office secure, while still enabling you to create a welcoming work environment.

Alarms are more efficient with cameras

There are a lot of alarm systems and services offered to businesses. Any alarm worthwhile for stopping a burglary is outfitted with cameras that allow security company employees to view what’s happening at that location, says Muntean. It’s important to note most alarm calls are triggered by something other than a break-in.

A study from the U.S. Department of Justice’s Office of Community Oriented Policing Services found that about 96 percent of electronic alarm reports were false. Police know this and are less likely to prioritize a call if a security service cannot confirm there is a burglary in progress. “They are not going to rush out there to deal with the wind or a bird,” says Muntean.

David Bitton, chief operations officer of Union, New Jersey-based Supreme Security Systems, agrees. “It’s a double incentive for [police]; they know a burglary is happening and they know they have evidence. Police love knowing they can collar the guy.”

Cameras may be more effective in catching a perp than an alarm system itself. Matt Ham, president and owner of the Computer Repair Doctor, an eight-location chain, says that a man shattered a glass door and broke into a store in Charleston, North Carolina. His shops are usually outfitted with alarms but the company had not yet installed one in this new location. The robber got away with $400 and three customer phones left for repair.

“Once we took the footage to police, it was pretty easy to catch him,” says Ham. A local police officer recognized the suspect walking down the street. “He had some distinct tattoos and was even wearing the same hat.” Signs should be small and make few promises

Awareness that a company uses security equipment is a strong deterrent for burglars—and that’s according to burglars. Researchers from the University of North Carolina at Charlotte interviewed convicted burglars and sixty percent of them said they considered the presence of video equipment when picking a site for a break-in. Forty percent said it would be a reason to find another target.

Be careful about that, says Muntean. “Any sign comes with liability,” he says. “That sign indicates this is a safe environment. If it says the area is being monitored 24 hours a day, it better be.” Cameras sometimes malfunction or a sign may indicate that an area out of their range is being monitored. This opens a business to a lawsuit if a crime occurs and its actual security setup can’t deliver what the sign says. Muntean recommends a simple “No Trespassing.”

Bitton says his company’s decals are small and bright red and, when placed in a business’s window or door, would be noticed by breaking and entering artists casing the joint. “I recommend they just use those,” he says. “Don’t get a sign at Home Depot.”

In addition, a small security company logo is a subtle signal that a company cares about office security and is not an easy target. Small signs are key, as a large, metal sign with ominous wording may imply to employees or visitors that the company or the neighborhood it occupies is unsafe.

When spending, think of how enticing a target your business makes

While any modern-day company has computer equipment and miscellaneous valuables, some targets are juicier than others. “There are types of businesses that will attract more attention than others,” says Bitton.

Pharmacies and many retailers selling goods like electronics and jewelry hold valuables that, say, a marketing firm or publisher may not, and businesses should spend according to how enticing and accessible they would seem to robbers.

Although they had not fully setup the security system for the store that was burglarized, Han says Computer Repair Doctor usually springs for the works because the sheer presence of his business alerts thieves there are valuable consumer products inside. “We have two Nest cameras (in each store),” he says. “They’re pricey but they have great picture and they’re easy to set up.” He also installs motion detectors and sensors that detect broken glass. “It’s the cost of doing business,” says Han. “I ask, ‘Should I spend money on this or lost revenue from break-ins?’ and the choice is easy.”

Muntean says that some costs, like a night guard, are excessive for most small businesses, but there are extra safety measures that are surprisingly cheap. For example, in many metropolitan areas, a business can pay a small fee, sometimes as little as $10 a night, for a security service employee to drive by and look for suspicious activity in person.

“Office security is inversely proportional to convenience,” says Bitton. “If you have one lock, you have to carry around one key. If you have two locks, you have two keys to remember.” That principle applies to high-tech security: the more layers, the more procedure and potential agitation. This is why he doesn’t recommend piling on office security costs beyond what makes sense for a business’ risk of a break-in. Working with a professional, commercial security company can help you determine the specific needs for your space. You want to ensure you don't get to the point where the hassle of utilizing security systems outweighs the peace of mind of having them.

A business should not become so focused on burglaries that they neglect the more statistically likely source of a loss: their own workers. The North American Hardware Retail Association found that employee theft accounted for 44 percent of shrinkage (business loss due to crime or error) among U.S. retailers, compared to 36 percent from shoplifters.

There’s no reason to think the ratios of internal-to-external theft are much different outside of retail. “More likely than a break-in, someone coming in to rob a facility is employee theft,” says Muntean. For this, he recommends access control cards, the kind you hold up to a sensor and wait for a beep to be let in. Better than traditional keys, they allow business owners to know who entered what area when, which is potentially invaluable information in solving a crime.

Also, key cards can be programmed to only allow some trusted employees to enter areas where valuables are kept. This can be particularly helpful for cyber security, says Bitton, who recommends restricting areas where servers or computers used only by IT employees and executives are kept. “If you can physically touch a computer, you can take anything from it,” he adds.

Ham says he is often interrupted and even sometimes woken up at night by office security alarms at one of his eight stores, whose locations stretch from Florida to Ohio. So far, all the alarms have been false. (The one break-in occurred in a store not yet outfitted with a system.) Still, this is more calming for him than the alternative, he says. “I couldn’t work knowing customer’s items were constantly at risk,” he says.

Bitton, of Supreme Security Systems agrees. With office security systems, part of what he is selling is peace of mind. “When I’m thinking about office security, a subscriber doesn’t have to,” he says. “We want a customer to forget about it and go back to doing what they got into business to do.”

For more an in-depth guide on how to keep your office, employees, and assets secure and how to find the right security system for your space download the Office Security Simplified guide from Managed by Q.