How Fractured Atlas Created Space For All Working Styles 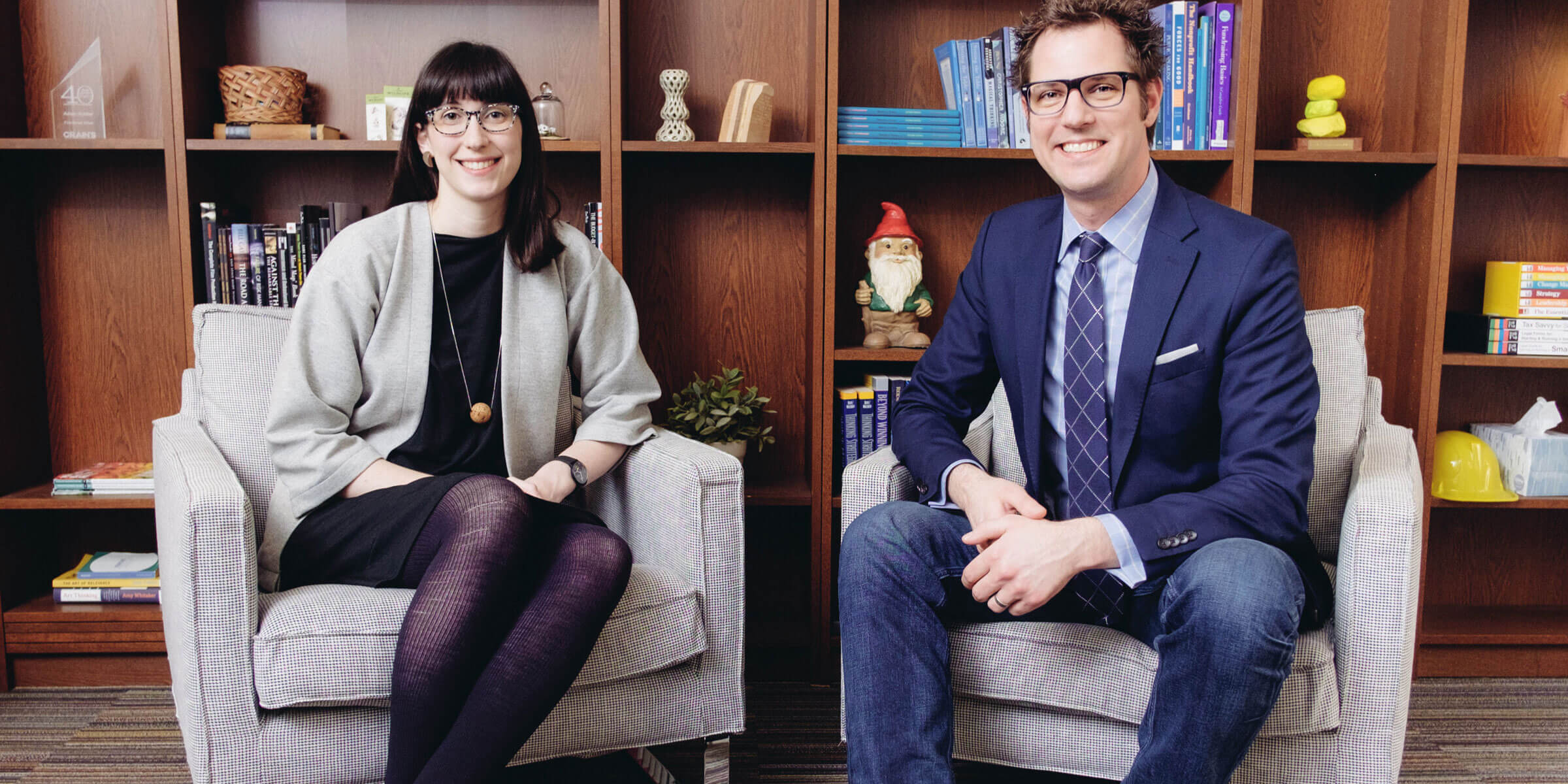 When you are tackling an office redesign the stakes are high: The office needs to represent the company’s mission, personality and image. The space impacts employee morale and productivity, and can make a significant impression on visitors, including potential partners or investors. In addition, renovations disrupt employees’ workflows and are known for running over timelines and budget.

These are just a few of the factors Tim Cynova and Nicola Carpenter, the Chief Operating Officer and Administrative Associate at Fractured Atlas, took into account when they embarked on an office redesign in 2016. Fractured Atlas is a nonprofit organization with a mission to provide artists and arts organizations with access to funding, insurance, education, and the tools they need to manage the business function of their work. Since 2010, they have occupied an entire floor of an office building in midtown Manhattan, which they inherited complete with 1990’s-style furniture and cubicles from the previous tenant.

When they moved in, Fractured Atlas had 10 people, but by early 2016, they had grown substantially to 35 staff members and space was running out. They could have taken the easy route and simply added more desks, but Fractured Atlas chose to take the path of making a more dynamic improvement. Just as they support their artist members in embracing innovation, Cynova and Carpenter decided to take a similar approach to their own organization and design a better work environment for their staff.

Cynova and Carpenter knew that the office’s outdated decor and color palette had to go, but they understood that choosing colors and furniture were not the most important design decisions they had to make. Most crucial was understanding how the space would impact the people working there. They wanted to learn how the Fractured Atlas team worked best, and then implement those findings in their redesign. They dove into research, held focus groups with current employees, hired an architect who was as interested in creating people-centered spaces as she was in aesthetics, and visited other companies like Zappos, Kickstarter, Yahoo, and The Motley Fool to gain outside perspectives on which workspace elements worked and which didn’t.

While the Fractured Atlas team had grown considerably, nearly a third of the thirty-five worked remotely full-time, while another half worked remotely one or two days a week, and only a small percentage, like Cynova and Carpenter, were in the office five days a week. In the old office setup, every employee had a dedicated desk, even though some were only in the office several times a week.

Cynova and Carpenter noticed that on any given day one-quarter to one-half of all the desks in the company were empty. As part of the redesign they shifted from assigned desks to unassigned desks and allow team members to decide where they sit every day. Employees who are in the office five days a week still have the option to have a dedicated desk, but everyone else picks up their laptops from an assigned locked drawer when they arrive and then sits at a vacant desk in an open work space they call “The Meadow.”

While open office plans are the status quo for most tech startups, they have come under criticism for not allowing workers enough quiet or privacy. When they set up “The Meadow,” Cynova and Carpenter took this into account and installed semi-opaque side partitions that give each employee some privacy from their next-door desk neighbors. When visiting other offices, Cynova also noticed that most people used their monitors as physical dividers, not screens. For added workspace privacy each desk is also equipped with double monitors.

After analyzing the responses from focus groups and observing how staff members used the office space, Cynova and Carpenter created flexible work spaces that employees could utilize when they needed a change from “The Meadow.” They designed a quiet room with two standing desks after observing that team members were making rickety standing desks out of towers of books. They also created smaller rooms that could be booked via Google Calendar for private calls or to conduct webinars, which the Fractured Atlas staff host frequently for their artist members. Finally, they added a cozy library with a color-coded book collection, plants, and comfortable chairs. The colors and furniture in each space were carefully selected to represent the organization’s personality and to match the Fractured Atlas logo. Other elements of the redesign included installing a door to separate the kitchen from the rest of the space, converting the CEO’s office into an additional conference room, and the creation of a mother’s room for moms who need to pump while they are at work.

As an organization that supports artists, it was also important for the office to feature art created by some of Fractured Atlas’ 63,000 artist members. When visitors first step off the elevator they are greeted by a mural commissioned from The Baltimore Love Project painted over the reception desk. There are also sculptures from artists around the space, including a growing collection of smaller works in the library.

“You want to work someplace that looks inspiring. It also reminds us that we work for our members,” Cynova said of the artwork. “Empowering artists by eliminating practical barriers to creative expression is what we do, that’s why we exist. Having those reminders around our office makes it a more meaningful place.”

Anyone tackling an office redesign will face budgetary limitations, and Fractured Atlas, as a non-profit, was no exception. Once again, the staff’s background in the arts shaped their DIY attitude and fueled their resourcefulness. They embraced the mindset that constraints make you more creative and made use of staff members’ unique talents to enhance the space. Carpenter, who sews her own clothes, used her fiber arts background to make sound panels for a conference room.

While the amount of skills that are required when undertaking an office redesign might seem daunting, office managers should embrace the opportunity. They can consider it a chance to learn about their own strengths and preferences, especially if they are in the early stages of their careers.

“I’m at a place in my career where I’m still considering what I’m going to do with the rest of my life,” said Carpenter. “To have this big of a project and be able to be so involved was really amazing. I learned so much about the things I like to do and the things I don’t like to do. I can use that knowledge to shape where I want to go in the future."

Everyone responds to change differently, so Cynova and Carpenter made sure to communicate every step of the redesign process to their team and worked to accommodate their concerns. During the most intense three weeks of the office renovation, no one could work in the space. Some staff members were concerned about not being able to productively work from home for such a long period of time, so Fractured Atlas rented a few desks in a co-working space for use during construction. Carpenter also created a booklet that she shared with her colleagues before the renovation. It outlined what they could expect in the redesigned office and how the new spaces could be used.

After the bulk of renovations were done, Cynova asked that staff members settle into the space and wait three months before making any major requests or giving feedback. After three months, he sent around a survey asking how people were using the new space and what they would still change. Many spoke positively of the redesign, saying they felt more connected to each other in the new space.

As the Fractured Atlas team settles into the redesigned space Cynova and Carpenter continue to make small changes to ensure it continues to serve their team and reflect their evolving company culture. “Part of the core of Fractured Atlas’ DNA is constant iteration and change,” said Cynova. “It permeates everything.” Much like the ambitious artists they represent, the staff never considers their work fully complete.

Thinking of an office redesign? Managed by Q can help you with office design and build out, painting, and furniture assembly, as well as keeping your new space neat, clean and productive day-to-day.