How to Master the Office Move with Datadog’s Matt Cherveny 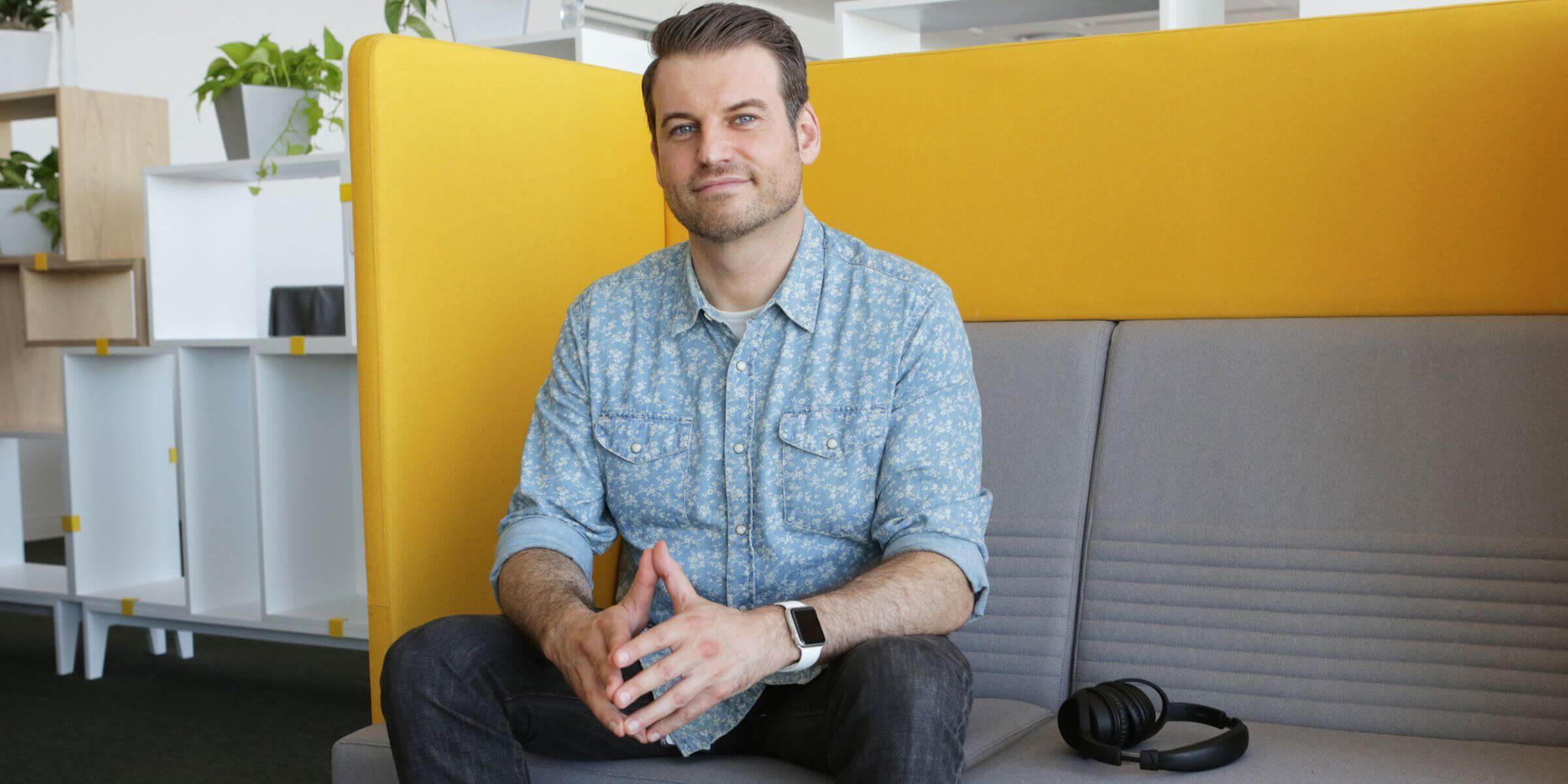 “Moving an office is not a deadline that you can really miss, because it affects so many people,” explained Matt Cherveny, Office Manager at Datadog. “So plan everything out the best you can, and allow for some flexibility, because stuff is gonna hit the fan at some point.”

Matt speaks from serious experience, as he has taken charge of two big office moves. Most recently he moved Datadog from a multi-floor office in New York’s Flatiron district to one single floor in The New York Times building in Times Square. Using a methodical approach honed from his past jobs and first office move, Matt worked extensively with his team to plan Datadog’s move and successfully orchestrated it over the course of a weekend. He also used the move as an opportunity to strengthen the company’s culture and create ways to foster team togetherness while respecting his colleagues’ different working styles.

Moving an office requires strong communication and logistical skills, which Matt developed in a variety of roles before joining Datadog. After graduating from the University of Michigan with a degree in psychology, he began his career as an Outside Sales Representative and Merchandiser at Anheuser-Busch, and then transitioned to work as an IT recruiter. While he was pursuing a recruiting position at a software services company in Jersey City, the company took a look at his background and asked if if he’d be interested in an operations management job.

“That’s where my career fell into place,” Matt said. “All the pieces came together.”

Learning from the first office move

Hardly a week into the new job, the CFO informed him they had signed a lease on a new office across the street and he would need Matt’s help arranging the move. Matt rolled up his sleeves and got to work, first selecting the architect and designer who would oversee a redesign of the new office. Taking on a challenge like an office move was new for Matt, but in addition to the skills he’d developed on his past job, he'd had plenty of personal experience moving apartments and had learned much about designing spaces thanks to his avid viewing of HGTV.

The move was not easy. A few of Matt’s team members weren’t fully prepared for the hard work that was in store, and the end result was a rough transition into the new office.

Matt had enjoyed working in New York City for one of his IT recruiting jobs, so he began looking for jobs located in the city. He joined the Datadog operations team because the culture instantly felt like the right fit and he was excited about being at a fast growing company where he would have the opportunity to tackle another office move. When he started his new job Datadog was in the midst of signing a lease on a brand new space. But this time, Matt wouldn’t just be moving an office across the street, he’d be moving Datadog from a three floors to one floor in The New York Times building.

“Our old office was kind of like a pre-war New York apartment,” said Matt. “You know—the floors creak, there’s no storage room. But you make the best of it and it has this great character to it.”

Datadog occupied the 6th, 11th, and 12th Floors of this quirky building. Each floor had its own Slack channel for team communication, snack preferences, and unique personality within the larger Datadog culture. For example, the 12th floor was quieter, while the 6th floor tended to be more lively.

In addition, on every floor the company was outgrowing their tiny kitchenette areas, which were awkward to navigate and located too close to everyone’s work areas. Team members were constantly scrambling to find conference rooms and many meetings were held on the roof deck as a result. Matt spent his days constructing new IKEA tables to accommodate new hires. He even contemplated creative solutions like workstations hung from the ceiling to save space. Instead, a few employees were temporarily relocated to a coworking space when they ran out of room in the office. “Mo’ employees, mo’ problems,” joked Matt about the situation at their old office.

Preparing for the move

With the big move to The New York Times building on 42nd Street and 8th Avenue, Matt was determined to learn from his past office move experience and prepare accordingly.

One of the first things he did was jot down everything in the office that would have to be transitioned or changed with the move. This included tasks like vendor deliveries, billing, change of address, returning equipment, using Managed by Q's vetted local service providers to help clean after the move, and turning in the old keys to the landlord. Pascal Schaary, Datadog’s Director of Operations, added to it and ultimately the list became hundreds of items long. Once the list was complete, Matt and his team organized the items into their project management tool to better visualize everything that had to be done and prepared.

He and Pascal also toured the offices of several other tech companies to get a sense of what worked in those spaces and what did not. They asked their hosts what they would change, or organize differently in their office if they had the chance. For example, they learned that a proper kitchen set up was essential (and often neglected), and that employees rarely used remote coffee or beverage stations. Once they understood the basics of what they wanted from their new space, they worked with an architect who provided design and furniture suggestions. Datadog’s own design team handled designing the wall coverings and conference room signage.

Matt stressed that hiring the right people and the right moving company was critical to the success of Datadog’s move. He had not previously worked with the moving company he ultimately chose, but they had multiple positive referrals. He was also impressed by the fact that they visited several times before the actual move to provide guidance and reassurance that everything would run smoothly on the big day.

The company planned to move on a Friday. At 3pm on the Thursday before the move, Matt ensured that all of his coworkers received a moving box to pack and label, which would be delivered to the new space. On the day of the move all employees worked remotely while Matt and his team worked with the moving company to bring everything to the new office. Then they worked in the new office through the weekend to make sure the wifi, networks, phones, conference rooms, monitors, and everything else essential for business was up and running when their coworkers came in on Monday morning.

The hard work and preparation paid off. The first Monday in their new home Datadog employees were welcomed with breakfast and by 11am everyone was already working on their projects and taking conference calls.

“People came up to me and said, ‘Wow, we left on Thursday, threw our stuff in a box, then we came in Monday and it was like nothing happened.’ And I’m like, ‘yeah, yeah this was definitely a piece of cake’,” said Matt, laughing.

Strengthening company culture and communication in the new office

For Matt and his team, a successful move to the new office wasn't just making sure employees’ work went undisrupted. It was also important to ensure that the essential aspects of the company’s culture were not lost in the new space. The unification had exciting prospects, but Matt realized it was also important to consider all the Datadog team members’ different working styles and the type of work environments they preferred. Now that everyone was together on the 45th floor of The New York Times building, Matt needed to envision how the company culture would meld together. He observed how people utilized the new office meeting rooms and break-out spaces, and listened to suggestions from his coworkers.

In addition, the new building had a more polished feel, including tight security check-ins in the lobby. Plus, the Times Square location meant that everyone would have to look a little harder for good lunch and coffee options than they did when they were close to Madison Square Park.

Datadog took all this into consideration and decided to focus its energy on expanding the dining area in the new office before they moved in. They doubled the size of the existing dining area by knocking out a conference room and work area. Appliance placement was also carefully planned, to make sure people would not always be crowded into the same location when they made coffee. Matt also made sure there were plenty of trashcans—something he had learned was important from visiting other offices. Now that everyone has settled in, the dining area is the central point where everyone comes to eat, snack, and catch up. The company also holds catered lunches three times a week at noon on the dot. And as an added benefit, it’s equipped with top-of-the-line coffee and espresso machines.

“It’s the great meeting area now,” said Matt. “People will sit in there, hang out during the day, and work. It’s fantastic, because you see people who you didn’t see before. Having one floor and one central place for people to come, it really makes a huge difference on who you interact with. There’s more interaction across teams because we have this common place we can go and chat. It feels like the heart of the office.”