A Modern Guide to Love and Office Relationships 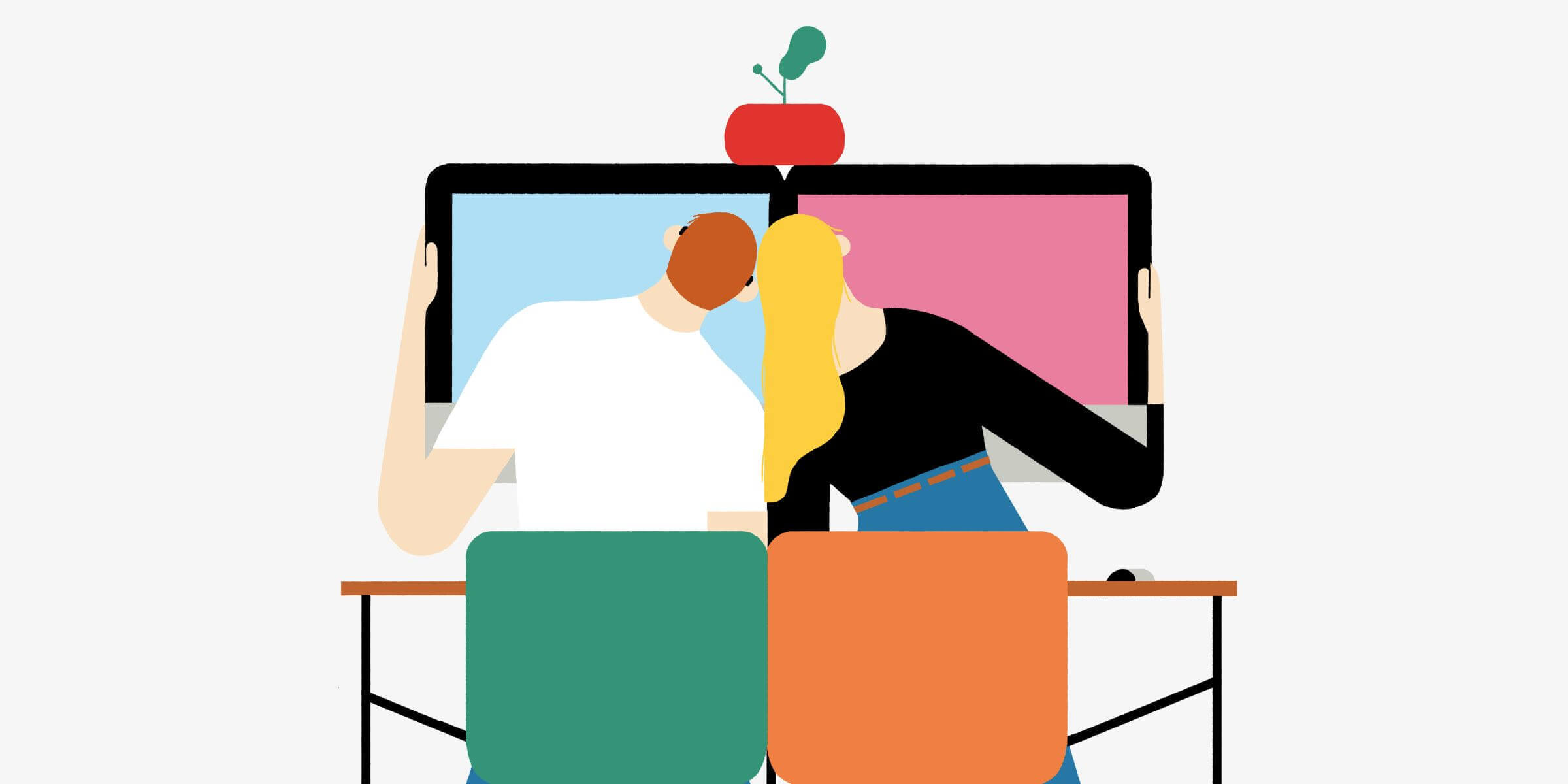 Jim and Pam. Don and Megan Draper. Cyrus and James. Office romance not only make for good TV drama, but are also common in real life. In fact, one 2017 ReportLinker survey of over 500 couples found that about 15 percent started their relationship at work.

"From my experience, I know of more couples who've gotten married from an office relationship than I do of major problems with relationships at the office," says Emma Leeds, Senior HR Director at Canvs, a software company specializing in emotional measurement. "Work is a place where people gather who have similar interests and motivations, and they're working toward similar things, so it makes sense that this happens."

While office dating isn't exactly a new thing, the culture of work is changing, and many HR professionals are now finding themselves in uncharted territory. In a recent New York Times op-ed, Catharine A. MacKinnon credits the #MeToo movement with "accomplishing what sexual harassment law to date has not." It has mobilized the masses and sparked a much-welcomed wave of resistance and advocacy around protecting workers from harassment and sexual misconduct in the workplace that few predicted.

When it comes to navigating office relationships, things can get pretty murky. How should they be handled? What happens if things don’t work out? How can you make sure everyone feels safe and is treated fairly? With these questions in mind, Leeds offered us some real talk about love, sex, harassment, and abuse at work from her perspective as an HR Director.

The make-or-break part of the equation in any relationship is always consent and no means no. This is reflected in recent policies implemented by Google and Facebook that employees can ask a coworker out only once and a response such as "I'm busy," counts as a no. Office relationships between consenting adults are fine in most circumstances, but when an office relationship sprouts up in a direct reporting line, the situation should be flagged to HR.

"If one person has power over the other, the argument there is that the person who's not in power can't really give consent," says Leeds. "The person in power has the ability to affect their job, their pay, and their trajectory in the company.

In other words, the person who's on the lower end of the reporting line may be unable to truly give consent. "When you're forced into a situation where you have to choose your career and your livelihood over your own emotional security, it's a really unfair position to be in," Leeds adds.

Workplace fairness is the other side of the coin

If consent is the first thing to consider, fairness is the second. However, things aren't necessarily simple in consensual relationships—especially if an employee couples up with either a senior manager or someone they're managing.

"If the organizational structure is big enough, one thing you can do is try to move reporting lines in a way that doesn't affect anyone's career," recommends Leeds. "Another way to handle it is to ensure there are really clear ways that manager is not able to make major decisions about the direct report alone." If, for example, a manager is conducting an annual review of their partner, your policy could mandate that two or three other parties be part of the process. This way, important professional decisions will be fair and unbiased.

"You want it to be clear that there's no unfair treatment with things like hiring, promotion and compensation," says Leeds.

This strategy makes plenty of sense for couples who exist in a direct reporting line, but what about regular co-workers who decide to take their office relationship to a romantic level? According to Leeds, it isn't always something that needs to be officially documented.

"It's often such a casual work environment, especially in the startup world, that pretty much everyone has a work crush; it's just human," she says. "If it's a random hook-up with a co-worker and it's outside the office and totally consensual, I don't really want to know!"

That said, there is a difference between a one-time hook-up and an ongoing relationship. For the latter, "love contracts" for office relationships are commonplace within many companies. Disclosing a work relationship to HR doesn't protect against everything, but it can make for smoother sailing should the honeymoon come to an end. If, say, two employees go through a nasty breakup, something as simple as rearranging their workspaces could reduce internal drama so that everyone can better focus on the tasks at hand.

Outright harassment or assault at work demands a clear policy and response. It's when things aren't as clear cut that HR's role gets more complicated. To find your way, Leeds suggests erring on the side of employee safety.

Employee safety is the top priority

"If it's a situation that can affect someone's ability to feel safe in the office, that's a big deal," says Leeds. "That's also a situation where I'd personally loop in legal counsel. The bottom line is creating safety in the workplace."

All team members need to feel safe at work, which means there's no room for harassment or abuse. If this kind of dynamic is indeed at play, HR certainly needs to step in. A major roadblock, however, is that it isn't uncommon for victims to suffer in silence.

Victoria Lipnic, acting chair at the Equal Employment Opportunity Commission, told Law360 in a recent interview that only about 30 percent of women who are being harassed at work ever lodge an internal complaint. This is precisely why The Society for Human Resource Management suggests implementing a multi-option complaint policy whereby employees can report harassment through a variety of unrelated channels. The idea is to help those being harassed by a superior feel more comfortable speaking up.

You also want to make it relatively easy for any employee to report sexual harassment, not just the victim. According to researchers at Florida International University, employees are more likely to report sexual harassment they witness in the workplace if the company is already upholding a zero-tolerance policy. The takeaway here is to embrace a policy that goes beyond victim-reporting as the only means of taking action.

#MeToo stories go beyond gender and industry—both men and women, across virtually all fields of work, are finding the courage to come forward and speak their truth. But this doesn't mean you need to outlaw office relationships. The trick is creating policies and cultures that support employee safety, fairness and well-being.