From Hollywood to Tech with Science Inc.'s Lance Blair 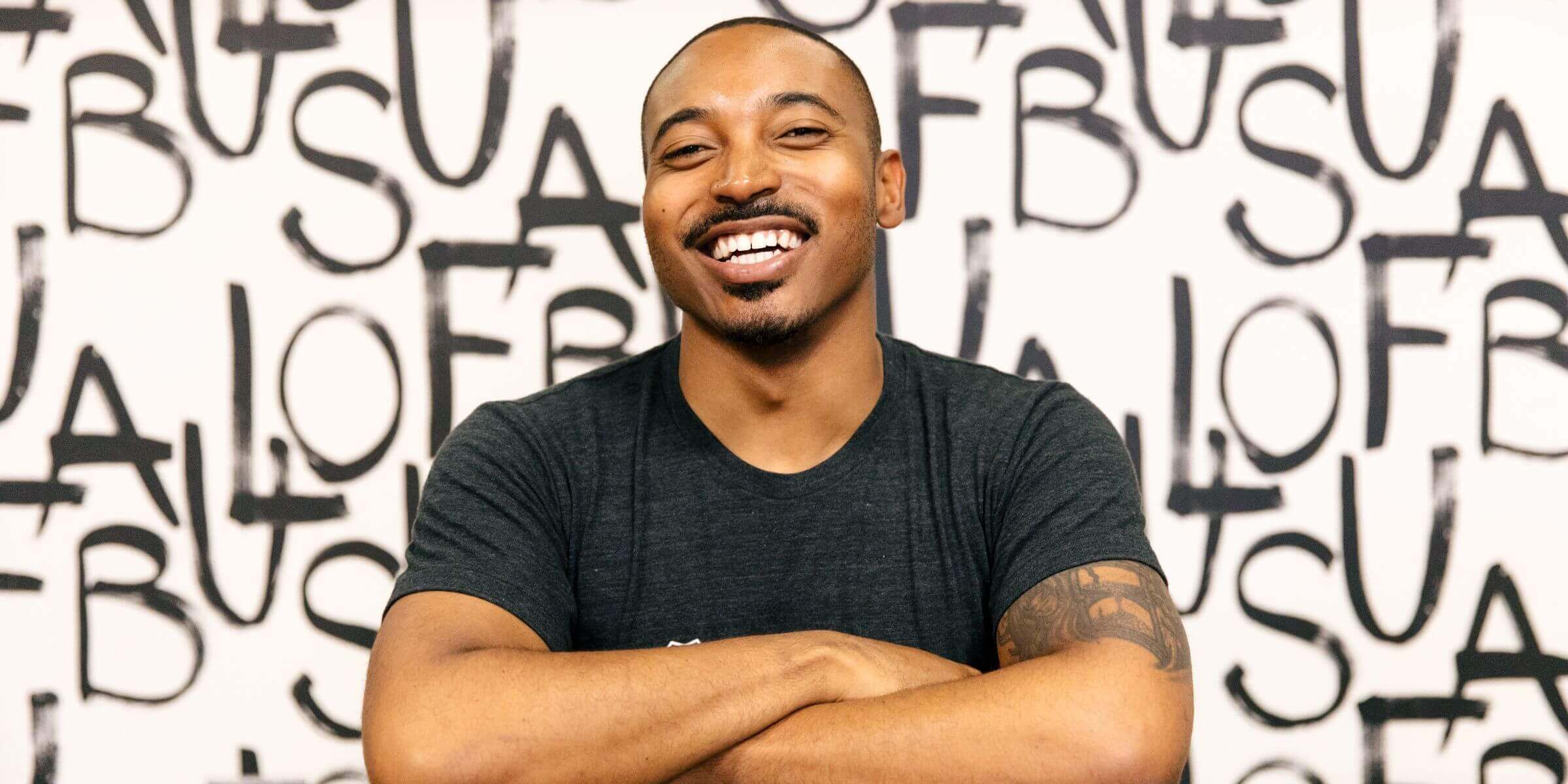 Beyond the Hollywood glitz and glamor, Los Angeles is a burgeoning tech hub that attracts forward-thinkers and entrepreneurs of all stripes. Lance Blair, Operations Manager at Science Inc., has successfully traversed both industries. It turns out, they're not as different as you might think.

We caught up with Lance to talk about his career in the tech industry and riff how he balances work, school, and life and the intersections he finds between them.

From the red carpet to a startup studio

Lance found himself in Southern California a decade ago, when he moved from Oakland at age 16 to pursue an acting and modeling career. It wasn't long before he landed work as an extra and even picked up a recurring role on a popular Nickelodeon series, but the piecemeal income wasn't sustainable.

"I felt like I was working like crazy, but still not able to pay my bills," said Lance. "I needed something more practical, but wasn't ready to leave the entertainment industry."

So Blair switched gears, and moved into managing red carpet logistics for a limousine company that shuttled celebrities to and from major awards shows. From the Oscars to the Grammys to the Emmys, he was there to coordinate transportation and button up snags when unexpected problems arose.

"It was a breath of fresh air from acting in the sense that I really enjoyed seeing things go from the planning stage to fruition," says Blair. "The only downside was that you were only as good as your last show."

For Lance this meant that a less-than-perfect event came with the fear of not being booked again. What he was craving was stability—and to land a gig that nurtured his creativity, knack for logistical planning, and ability to think on the fly and adapt quickly.

All the while, he was a full-time student at Santa Monica College studying business administration and management. It was a fellow student in his English class who ended up changing the trajectory of his career. She worked for a local startup studio called Science Inc. and was transitioning to a new department, which left the office manager position up for grabs.

"She thought I'd be a great fit and brought me in for a workday interview," Lance recalls. "But you have to remember, I was used to the red carpet. I came dressed in a full suit, but when I got there, everyone was in board shorts and flip flops. It was funny, but I instantly loved the vibe." Blair joined the team in 2015 and never looked back.

A new role in a rapidly growing industry

Santa Monica is a major testing ground for new apps and tech startups, which is exactly what Science Inc. supports. The startup development and investment firm (also known as an accelerator or incubator) helps these new companies get off the ground.

"Like children, these startups are young and we want them to grow and mature," says Lance. "So we give them all the operational resources to be successful. Then, like teenagers, they leave our home and take off for the real world. We're here to serve as a bridge to the next level, but it's up to them to decide where to go from there."

Support comes in the form of office space, phone lines, internet access, marketing help, and investment guidance. This also includes connecting startups to the people who can get their product or service moving in the right direction. Science Inc.'s most prominent exit was Dollar Shave Club, which was acquired by Unilever for $1 billion.

"I love working here because I finally feel like I've found a mission and a team that's right for me," says Lance. "I essentially optimize the office experience while also managing internal projects, including facility maintenance. I get to wear more than one hat." Lance wrapped up his Associate's degree and recently transitioned to California State University-Long Beach for his Bachelor's. His school demands and work obligations can get heavy, but he's finding a tremendous amount of overlap between the two.

"There really is this huge payoff because you're studying things that you're actually doing out in the field," he says. "It feels like a case study for everything I'm learning."

In other words, juggling school and work provides Lance with a real-time feedback loop of sorts. That's not to say it's easy, but he has been fortunate in the sense that his professional team fully supports his life as a student. Blair likens it to a family—they're always there to rally behind him.

"I think part of it is that they see how my school life is making me a better team member at work," he says.

The unexpected carryover from entertainment to tech

They may seem like wildly different fields, but Blair's entertainment background has been a surprising asset in the tech realm.

"When you're managing a team of 20 people on the red carpet, there's a lot of logistics, organizing and communicating happening; this applies directly to tech," he says. "On the office management side, it's specifically about working with different departments, trying to reach our goals, solving unexpected problems, making sure we're staying on budget...it's all connected." Essentially, embracing a "make it happen" attitude is vital in both roles.

Lance is on the college home stretch now. As for what will come next, he says he's in no rush to leave Science Inc., although he'd eventually like to move toward global operations.

"Science is a great springboard for that because we do business with companies all over the world," he adds. "It would be amazing to someday manage offices internationally."

Until then, Lance says he's leaning on a close-knit network of friends, family and coworkers for emotional support as he nears the college finish line. Without this "core group," as he calls it, the full-time employee/student road would likely feel a whole lot lonelier.

"When you have a day where meetings don't go well or contracts fall through, it can be really hard to then turn around and go to class," he says. "These are the days you need to text your friends and family and share what you're going through. Hearing them say, 'I love you, keep pushing, you got this,' is what keeps me going."