How To Handle An Office Romance (Tips For Managers) 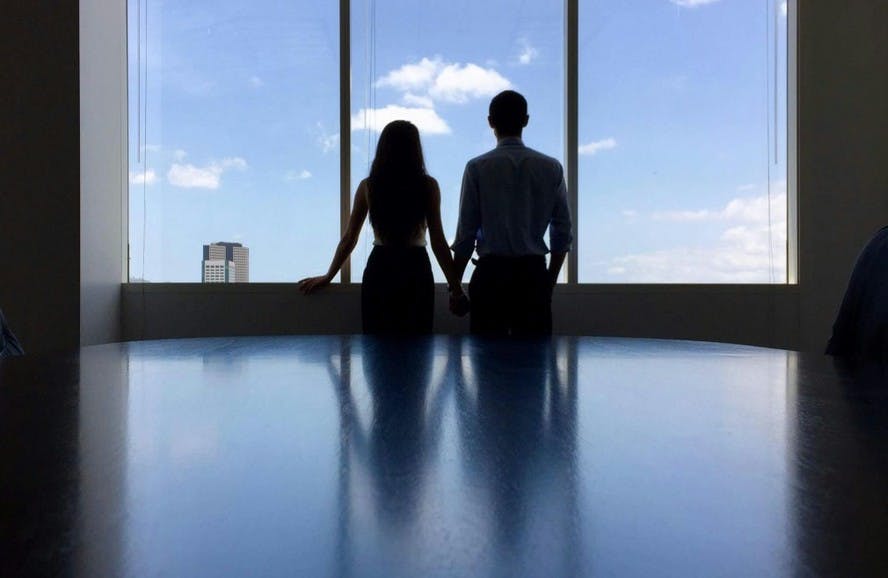 A Vault.com survey found that 58% of the American workforce has had a romantic relationship with someone from their company. But just because it’s common doesn’t necessarily mean people are being more transparent. The same study found that a small minority of employees — 16% — were upfront about their romantic trysts with their managers.

Since office romances are so common, it’s important to know how to deal with them appropriately. Here are a few tips on dealing with romantic relationships as an office manager, including what to consider when creating an office romance policy, and what to do when colleagues start dating.

What To Consider When Making An Office Romance Policy

Here are some things to consider when creating your office romance policy:

1. Consent Needs to be Stressed

25% of women have reported being victims of sexual harassment at work. Amongst straight men in particular, there’s a serious lack of education regarding consent. Your office romance policy should clearly state that consent is critical and that just because relationships are accepted, doesn’t mean lewd or overly forward sexual conduct is allowed. Your policy should articulate how an employee should act if they ask a colleague on a date and they were rejected or if after a date, the other party doesn’t want to continue the relationship.

Two colleagues from separate departments striking up a romance is an entirely different scenario than a superior dating a subordinate. To avoid problematic power dynamics and favoritism, your workplace should have a zero-tolerance policy regarding these relationships. In regards to colleagues dating within departments, you should either discourage it or stress that potentially one of them will have to transfer or leave.

3. Think About The Repercussions

In the event that an employee starts dating their colleague, what will you do? How will you proceed to ensure everyone feels comfortable? If a subordinate and superior relationship happens, you should consider sitting with both parties and seeing if one can transfer to another department. If your workplace doesn’t want to be lenient, perhaps it’s best to suspend or terminate both employees. When crafting your policy, you will have to think about these potentially difficult decisions.

A new couple goes through what’s commonly referred to as the “honeymoon phase” — a whirlwind period filled with affection, passion, and intense emotions. Even if your company permits dating in the workplace, other colleagues should be able to voice if they don’t feel comfortable because a couple is overly touchy. While spending breaks and lunches together is fine, flirting, kissing, and touching at the workplace should be discouraged. The “honeymoon” should take place elsewhere.

In addition to illustrating how widespread workplace relationships are, the Vault.com survey also demonstrated that companies aren’t doing enough to educate their colleagues with only 41% of respondents reporting that they knew their office’s policy.  As an office manager, you should educate your colleagues about office romance policies during onboarding. Through being upfront from the get-go, you will be encouraging transparency and honesty.

What To Do When Colleagues Start Dating

Since office romances are so prevalent, office managers and HR leaders need to be prepared for them to occur.

Here’s what you should do when two colleagues come forward about their romantic relationship:

1. Set Up A Time To Discuss

When a couple comes forward, it can be overwhelming for everyone involved. To ensure that you communicate everything that you want to, you should arrange a separate meeting with them.

Though you may have already told your colleagues the rules during onboarding, you should repeat them to the new couple. Tell them what could potentially happen if you receive complaints from their colleagues or if there’s a violation of the rules and ask both parties to confirm that the relationship is consensual. You should also explain to them the rules regarding sexual harassment, favoritism, and physical boundaries.

3. Encourage Them To Share The News With Their Colleagues

As mentioned before, the amount of employees who are open about their office romances is pretty low. It’s understandable why some would want to keep it a secret. However, their lack of transparency could also lead to a toxic climate of gossip. A Harvard study found that toxic workers can have a negative impact on productivity. You should instruct the couple to notify their coworkers to help mitigate any gossip before it starts.

4. Stress That They Should Be Professional No Matter What

One study found that 60% of hetorsexual unmarried couples end their relationship during the first year. Same sex relationships similarly have a likelihood of breaking up.  Though it can be uncomfortable to discuss it, there needs to be an understanding that the fate of their relationship shouldn’t determine how they behave at work. Just because their romantic relationship ended poorly doesn’t mean their professional one should suffer and negatively affect your company’s productivity.

You should reassure your colleagues that regardless of what happens, they can come talk to you and ask for guidance. While you surely won’t be their couple therapist, it’s your duty to help out if one person feels violated and needs assistance. This also applies to everyone else in the office — if they have an issue, they should come forward to HR.

Even with an office romance policy in place, it is possible for employees that are engaged in a romantic relationship to violate specific rules set out in your policy from time to time. When this occurs, it is best to demonstrate leadership and enforce the policy, even if doing so feels uncomfortable.

And even though we might hope for all romantic relationships to continue to flourish, sometimes they don’t and break-ups occur. These can create tension in the office, even among other team members or colleagues that work directly with the individuals involved in the break-up. Having an office policy can help to outline how these situations will be handled before they occur.

Are you interested in making your workplace more efficient? Check out what Eden’s Workplace Management Platform can do for your office.