How Acting Prepared Flexport’s Lauren Mack for a Startup Role 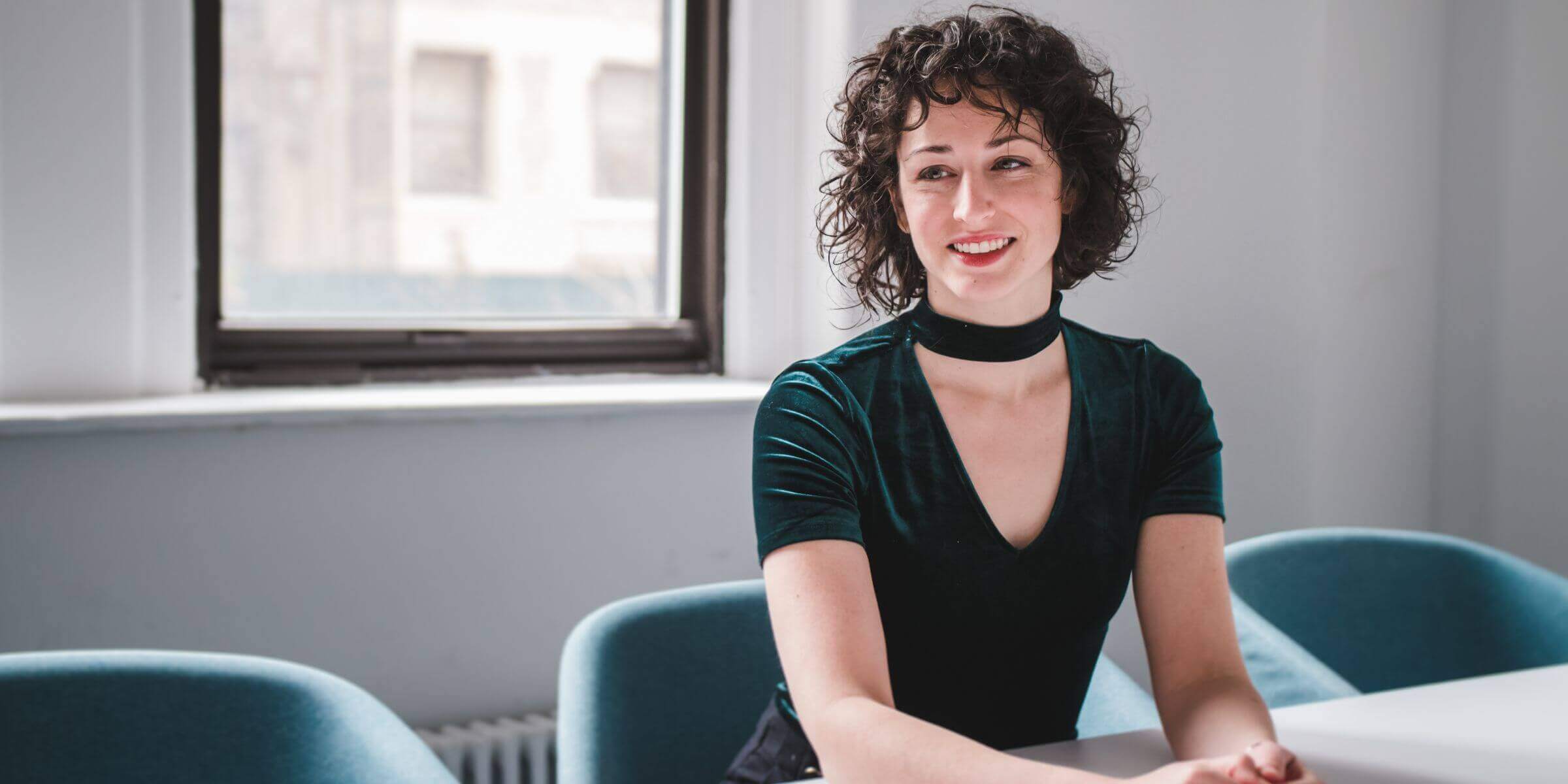 If you google Lauren T. Mack, the first thing that comes up isn’t her profile on her company’s website or her LinkedIn—it’s her headshot and her IMDB page. Lauren is an actor, a producer, a writer, a singer… and the list doesn’t stop there. Most recently, Lauren served as as Flexport’s temporary office manager before stepping into a role in their marketing department, concentrating on field marketing for trade shows and expos.

Flexport is a rapidly growing start up in the transportation and logistics industry, focused on lending transparency to the shipping process in order to help companies optimize their supply chains. Whether by train, plane, ship, or truck, Flexport is there as a full service freight forwarder that gives businesses complete control through every step of the shipping process. At first glance, it's hard to imagine how a woman with such an extensive performance background ended up with a shipping company, but there is a simple answer: she’s an actor. That means she can be anyone she wants to be.

Raised in Marin County, California, Lauren always knew she wanted to be an actor. With a choreographer for a mother, she grew up in rehearsal halls and never doubted her path in life. With the full support of her family, she graduated from UC Irvine with a BA in Drama and went on to get her MFA from the University of Nevada Las Vegas in Acting. Eventually, Lauren made the move to New York, where the actor’s union is stronger, and was able to find a position teaching at the New York Film Academy while she auditioned and worked on outside projects, both as a producer and a performer.

Lauren has always been a woman of many and varied talents: beyond performing she’s interested in web design, is learning to code, spent nine years writing copy, and loves a good spreadsheet. But she’s clear that it was truly her creative education that had given her such a diverse set of talents: “In order to act you have to be tough. Resilient. And have people skills, organizational skills, creativity because you have limited resources. That’s really where I feel like I was well prepared for start up life. Because I had to be.” And that meant, when Lauren decided to direct her energies outside of teaching, that there was a world of opportunity awaiting her.

Flexport was Lauren’s second placement through a Managed by Q staffing partner, who she worked with to find temp work to support her creative projects. She was initially hesitant to temp for Flexport, as the four week position was longer than what she was looking for. But, she decided to take a chance on the freight forwarding startup, even though she had no experience managing an office. That’s where her acting background kicked in. She laughs, “The great thing about acting is that you fake it until you become it.” Or, in a more elevated sense, “Will Durant said ‘We are what we repeatedly do. Excellence, then, is not an act, but a habit.’ And I truly believe that.”

However, Lauren didn’t actually need to fake it. True, she had never managed an office before, but she quickly realized that it wasn’t dissimilar to producing a show: the organization, the wrangling of personnel and personalities, the budgeting, and oftentimes, the event. But, above all, she was impressed with the teamwork that went into Flexport’s day-to-day operations and how similar it was to acting: “There’s just something about acting where you’re keeping this ball of the story in the air and it’s never just one person carrying it. Everyone is trying to keep it in the air and it doesn’t work if just one person is doing it. And you’re always trying to make it better for the next person.”

And not only had Lauren found a position she understood, she had found a company whose enthusiasm and energy resonated with hers. One of her favorite moments at the company was during Halloween. She had announced there was going to be a prize for best group Halloween costume, but she couldn’t have anticipated the response. Beyond the entire office dressing up was the squad that dressed as “the running of the bulls,” music and rampaging performance included. Mack has a smile in her voice when she talks about it: “I feel so lucky that I’m surrounded by people that are so open-minded and so gung-ho. And ready to do silly things.”

It’s another way the Flexport company culture reminds her of her creative sphere: her colleagues are enthusiastic, open, and inventive. “It’s very freeing to be able to go out and say, ‘Okay, my job is to look like an idiot today’ and just work from there.” After all, good ideas, problem-solving ideas, don’t come from the status quo, but from a person’s ability to risk looking dumb by putting something entirely new on the table. In a world where much of shipping communication is still done by fax, phone, and long email chains, Flexport is a rising star on the platform of innovation and modernization, using new technology other freight forwarders haven’t yet developed.

It took Lauren a few weeks to conclusively decide Flexport was her new work home, and by then the permanent position of office manager had been filled. But Flexport knew they had found something special in Lauren’s energy, attention to detail, and creative spirit, so they looked for a place in their rapidly growing company that needed support. With her background in copywriting, the marketing department was a clear choice.

And Mack was willing to give anything a go at Flexport, where she had come feel inspired and challenged. She explained, “One of the big values here is ‘Fill the gap.’ If you see an issue, fill it up, fix it. If you have an idea for something they want to listen. I’ve never felt so empowered by a boss to use my best judgment and solve something.” Now, Lauren stepping into her role in field marketing, filling a gap with her boundless drive, creative problem solving, and professional acumen.

But the takeaway from Lauren’s story isn’t simply that there are places for creative people in office settings, but that the creative space and the workspace can be one and the same. Her new role at Flexport certainly doesn’t mean she’s stopped her creative pursuits. In fact, having the stability of the job has allowed Lauren to more fully engage her creativity and feed her continued efforts in the theater and film industry. Lauren reflects: “The economic uncertainty that we’re facing right now, I don’t think it’s a bad thing, I just think it’s another challenge. It just means some things are going to have to change. It means we’re going to start having more open conversations about how we can support artists in our community and equipping them to support themselves.”

Lauren is keenly aware of the double-edged sword any creative person faces: the need, and perhaps even desire, for stability, and the twin fear that finding this stability equates to the dreaded “selling out.” But Mack is an example of how our world is changing. Instead, she suggests we find the space, “embracing the multihyphenate mantle, to not have to be in these boxes of industry, to see how our skills can work from one industry to another and how we can still have fulfilling lives.”

Flexport may not exactly the career direction Mack imagined in her mother’s rehearsal hall as a child, but it has become a part of her evolving dream. Her last words of advice for the creative mind worried about “selling out?” Mack never wants anyone to think that dedicating their time to something other than their original dream as anything less than commendable. “You are more than one job. And you’re able to leverage your skills in another sector, which is incredible, and should be saluted rather than looked down upon.” And with people like Lauren Mack leading the way, the salutes are bound to start rolling in.