How the Swedish Tradition Fika Helped Build Culture at TransferWise 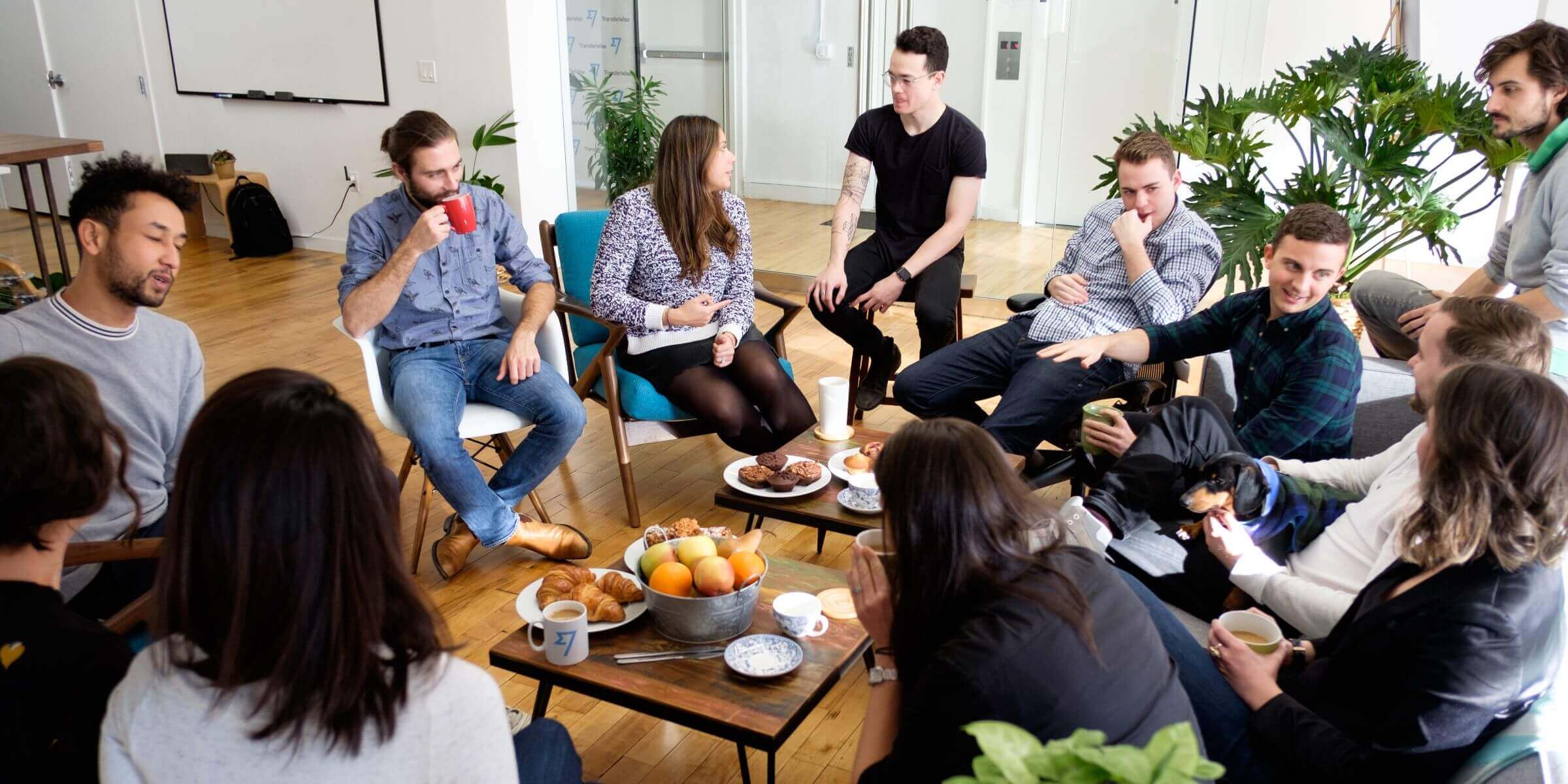 It was a Swedish coworker who first introduced Aditi Ramesh, Office Guru at TransferWise’s New York office, to Fika. On his birthday her colleague brought in pastries and invited the whole company to take a leisurely coffee break with him. This tradition, known as Fika, is one Swedish workers practice daily.

Fika time was an occasion to experience a part of her Swedish colleague’s culture and enabled Aditi’s coworker to bring a piece of his identity to work. Aditi noticed that the collective pause in the workday that Fika time created was a rare opportunity to chat with her coworkers about their lives outside work.

If Swedish offices could have Fika two times a day, Aditi thought, certainly it was possible for her New York team to have it one or two times a week? Even better, she figured, the idea aligned with TransferWise’s mission to seamlessly transfer currency around the globe by encouraging cultural exchange and collaboration between colleagues.

To kick off the first of many regularly scheduled Fika times in February 2016, Aditi sent out an email that announced, “Let’s all be human beings together and enjoy each other’s company. There’s only going to be one rule: nobody can talk about work!” With that, Fika time became part of the TransferWise office culture. Over a year later, it’s a treasured tradition that happens every Monday at 3:15pm. No one schedules a meeting during Fika time. Even when Aditi is out of the office or working at another TransferWise location, she’ll count down to Fika time over Slack, and the office assistant she works with from Managed by Q ensures that the pastries are always delivered on time.

Because TransferWise’s New York office has about 20 employees, everyone has space to gather on the couches in the central lounge area around a basket of fresh pastries on the coffee table. Her colleagues have learned to anticipate Fika time, but if they’re absorbed in a project, Aditi walks around and reminds them it’s time for a well-deserved break.

Once everyone has settled around the baked goods and freshly brewed coffee, the conversation starts, with everyone abiding to the Fika rule that no one is allowed to talk about work. Since it’s Monday, a lot of the chatter revolves around what people did over the weekend, whether it was checking out a cool rooftop bar or making a home-cooked dinner. Instagram photos are shared, someone announces they might be moving apartments, and everyone tries to figure out what ingredients are in the impressive pastries from the local bakery.

The team at TransferWise praises Fika time for giving them personal time to get to know each other and helping to take the edge off of returning to work on Monday. It provides employees who might not interact much during the day with a chance to catch up. It’s also an opportunity for new people to integrate into the team in a way that’s not forced. On Monday at 3:15, the newest intern could be sitting next to and chatting with the company’s founder.

An interest in managing people, creating teams, and start-up culture brought Aditi to TransferWise in 2015. When Aditi joined the company, the New York office was only 5 employees working out of a WeWork space. In barely over a year, she’s helped the company grow to almost 20 employees and move to its own office space. During the office move, Aditi spearheaded the search for a space and then organized the move itself.

The company as expanded, and with that growth, Aditi thinks about how to infuse cultural activities like Fika to their offices in London or Tallinn.  As a champion of office culture, Aditi has had the unique opportunity to help shape company culture in the New York market and share those ideas with other Office Gurus in the TransferWise network. Aditi wants to continue to create opportunities for offices from different regions to connect and exchange cultural traditions across borders, especially as the company continues to grow.

“Now that we’ve laid the groundwork for Fika time and developing a culture here, I’m excited for the next project,” she said.