Your Office Is Watching: The Ethics of Employee Monitoring 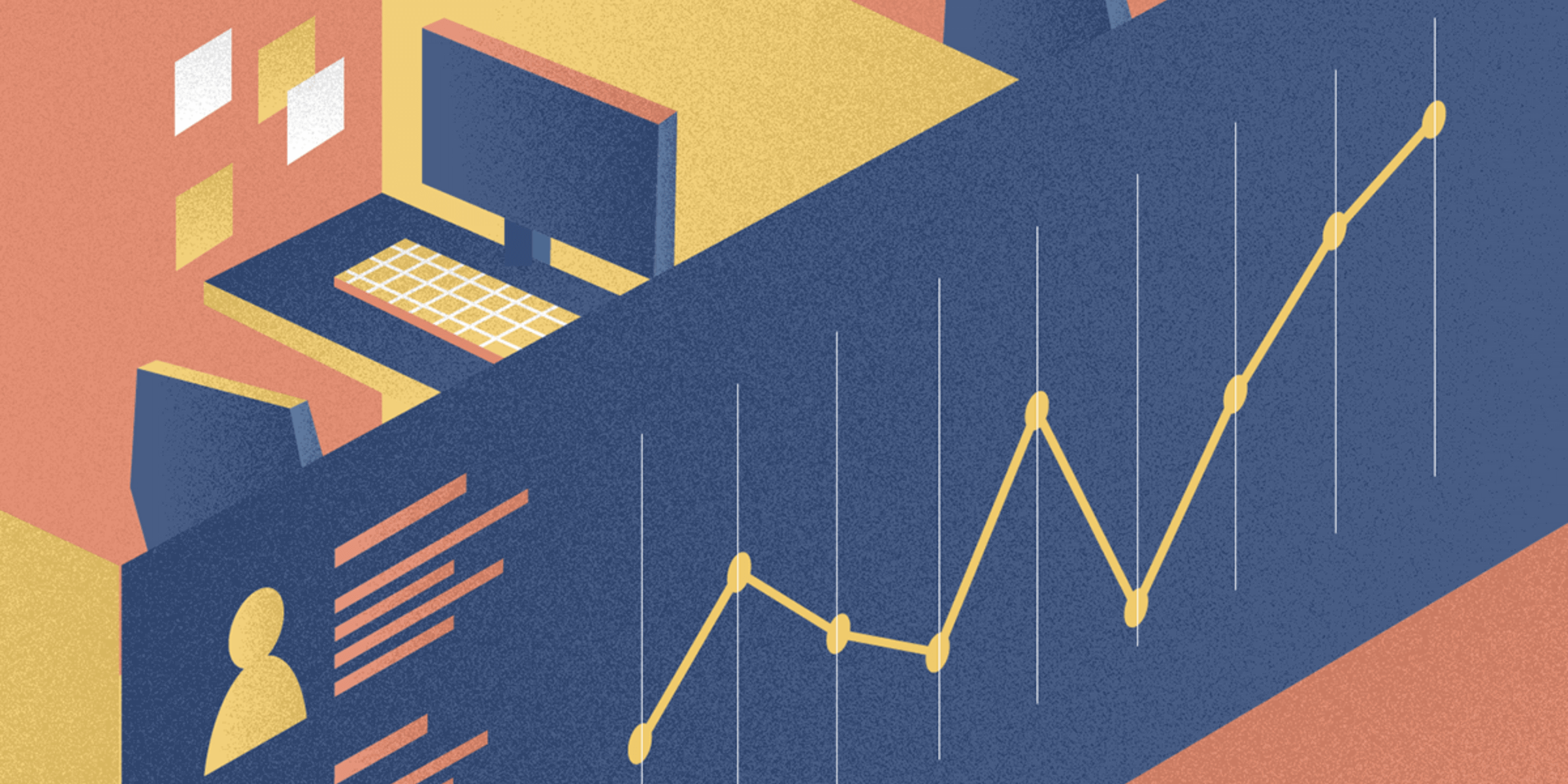 Wherever we go, technology is paying attention—whether as WiFi networks that remember and ping our phones, web browsers that document our tastes, or that Google Street View car that passed you on the street. Depending who’s behind it, the purpose, methods, and effectiveness of everyday surveillance can vary widely, as well as the rules for doing so; in most places, such privacy laws are just starting to evolve.

Thanks to the spread of ever-more sophisticated and affordable options, data collection and employee monitoring in the workplace has grown up along with the technology. Yesterday’s time clocks, magnetic-style swipe cards, and security cameras, which registered our comings and goings for anyone who bothered to check, have become today’s fingerprint-scanners and location-tracking software or sensors; annual physicals and questionnaires have evolved into a constant stream of health data collected by employer-sponsored health trackers.

When it comes to private employers, most are free to keep an electronic eye trained on employees and their activities, so long as it’s on the clock; in some cases, companies have even been allowed to digitally follow them home. And while it’s no secret that most employers are monitoring employees on the job, many aren’t aware of just how their day is being tracked, nor what they or their employer might hope to gain—or stand to lose.

Proponents of employee monitoring argue that it enables greater productivity, security, and even harmony at the workplace than we’ve been used to. For jobs involving sales or a high level of customer service, software that tracks employee performance and interactions has increasingly been used as a supervisory and training tool, helping to identify or automatically refer opportunities for further service, prevent theft, or make note of when a job’s done well.

According to the creators and users of such software, that sort of data-crunching can also offer macro-level insights for streamlining or developing businesses, and find meaning that human managers don’t have the time or processing power to pursue. Of course, for an employee whose company contributions don’t always show up well on paper, it can make for a stressful day; in certain industries, such pressure can also force employees to put their own safety at risk.

In many offices, employers have similarly targeted productivity with software that monitors workers’ activity on company computers and networks—whether by logging their keystrokes or time spent on social media sites (or other forbidden ones), scanning emails for certain keywords, or periodically taking snapshots of what workers have onscreen. If you’re the kind of worker who needs a Twitter or gaming break every so often to keep creative juices flowing, or who’s trying to create connections on dating sites while at work, this kind of surveillance can obviously lead to some embarrassment, assuming you become aware of it, or to professional comeuppance.

At some companies, methods for employee monitoring at the office have even branched out to include the body. A firm called Humanyze has started equipping firms with badges that register not only employees’ movements at the workplace, but also the duration and tone of conversations between coworkers, and physical indicators of employee mood. According to the technology’s creators, the badges can help companies understand how employees collaborate in shared workspaces, as well as explore how individuals experience and pass the day.

Employee monitoring has even entered the medical space in a growing number of companies, with fitness trackers such as FitBit playing a central role. In some cases, it’s part of an overall supervision scheme to make sure employees are performing at peak ability (and making conducive lifestyle choices), as demonstrated by at least one high-stakes Wall Street operator.

As useful as all this data may be, however, privacy and employment experts urge companies to take responsibility for what they’re collecting, and consider the wide potential impacts for their workers — whether the law requires it or not.

According to Corey Ciocchetti, an attorney and assistant professor of Business Ethics and Legal Studies at the University of Denver’s Daniels College of Business, the issue of employee monitoring can be approached in two ways: from a legal standpoint, and that of ethics. “Ethically, the less monitoring of employees there is, the better,” he explained by phone. “Legally, some kind of balance is appropriate.”

As part of his research on the evolving intersections of business and law, Ciocchetti published a comprehensive article in 2011 on the scope of known employee monitoring practices, detailing everything from computer surveillance and location-tracking to social network, text message, and voicemail monitoring. He found that, in the absence of consistent laws regulating how employers can monitor their employees (and, in some states, effectively any laws at all), private companies have broadly helped themselves to whatever worker data they can, and frequently without informing workers they’re being watched.

“The problem is that the way companies are gathering data on employees is all hidden, and if they do disclose, it’s all in legalese,” Ciocchetti said. “The way many companies are doing it now is sneaky: they’ll secretly collect information, and use it against an employee in a lawsuit. The ethical thing is to tell people what you’re going to do, and if they don’t want to participate, you’re going to find yourself with no employees.”

Ciocchetti stressed that making employees aware that they’re being watched isn’t just an ethical matter, but also a practical one. If workers know how companies are checking up on them during the day, they’re more likely to accept those conditions that benefit the group, and offer feedback on those that don’t.

“During work hours, having a secure workplace is a good idea. That can include monitoring emails, which helps companies avoid intellectual property theft, as well as prevent liability and protect employees in cases of sexual harassment or violence.” Ciocchetti said he’s aware of numerous examples of when violent or sexually inappropriate content in an employee’s company email account was detected by their employers, either before or after such behavior was reportedly by a colleague.

“Companies save themselves a lot of money that way, by catching inappropriate behavior through monitoring. But there has to be a balance — and when they monitor employees without telling them how they do it, it’s a real morale killer,” he said.

Regarding privacy rules around how private companies can monitor workers, Ciocchetti pointed out that they’re typically made following instances of complaint from employees, sometimes after they’ve decided to move on. For this reason, and to ensure workers’ data won’t be exposed or taken advantage of, it’s vital that companies set their own standards for monitoring and privacy sooner rather than later, and do so in a way that lets employees be in on the arrangement.

“The law is always retroactive, and I wouldn’t hope for congress to pass [a relevant privacy legislation] anytime soon,” he said. “So, states are eventually going to make 50 of them, which is burdensome for employers to navigate, whether or not they operate around the country. And in most cases, they defer to the most conservative stance on the issue—usually California’s.”

When issues of privacy infringement do arise, it’s often the result of what smaller businesses have been doing, too, Ciocchetti said. “Not all of them know the law, and the technology to monitor employees is inexpensive.” Meanwhile, large firms with their (typically) proportionately large legal teams have mostly gone uncontested with wide-ranging employee monitoring programs, leaving individuals and privacy advocates holding a cache of unresolved concerns.

At the end of the day, Ciocchetti said (at which time he thinks companies should stop snooping, incidentally), both employees and employers should be in the habit of carefully considering the state of surveillance in the workplace, and the limits of their privacy. For workers, he recommended finding out what in-house monitoring practices are, and keeping personal activities limited to personal technology as much as possible: “If you want something to stay private, use your own email account on your own phone on your own network,” he said.

For employers, he advised honesty toward the people they’ve already agreed to trust with the business’ well-being (which, as it happens, enables their own). “Disclose what you’re monitoring, and let everyone be adults,” Ciocchetti said. And if, as an employer, you’re still not sure which methods of monitoring are right for your office, you can always just ask your employees — be it through an ID-verified online poll or the humble suggestion box.

After all, your employees’ highly evolved processing abilities—and not their data—is what you’re paying them for.