Designing an Open-Plan Office Where Your Whole Team Can Thrive 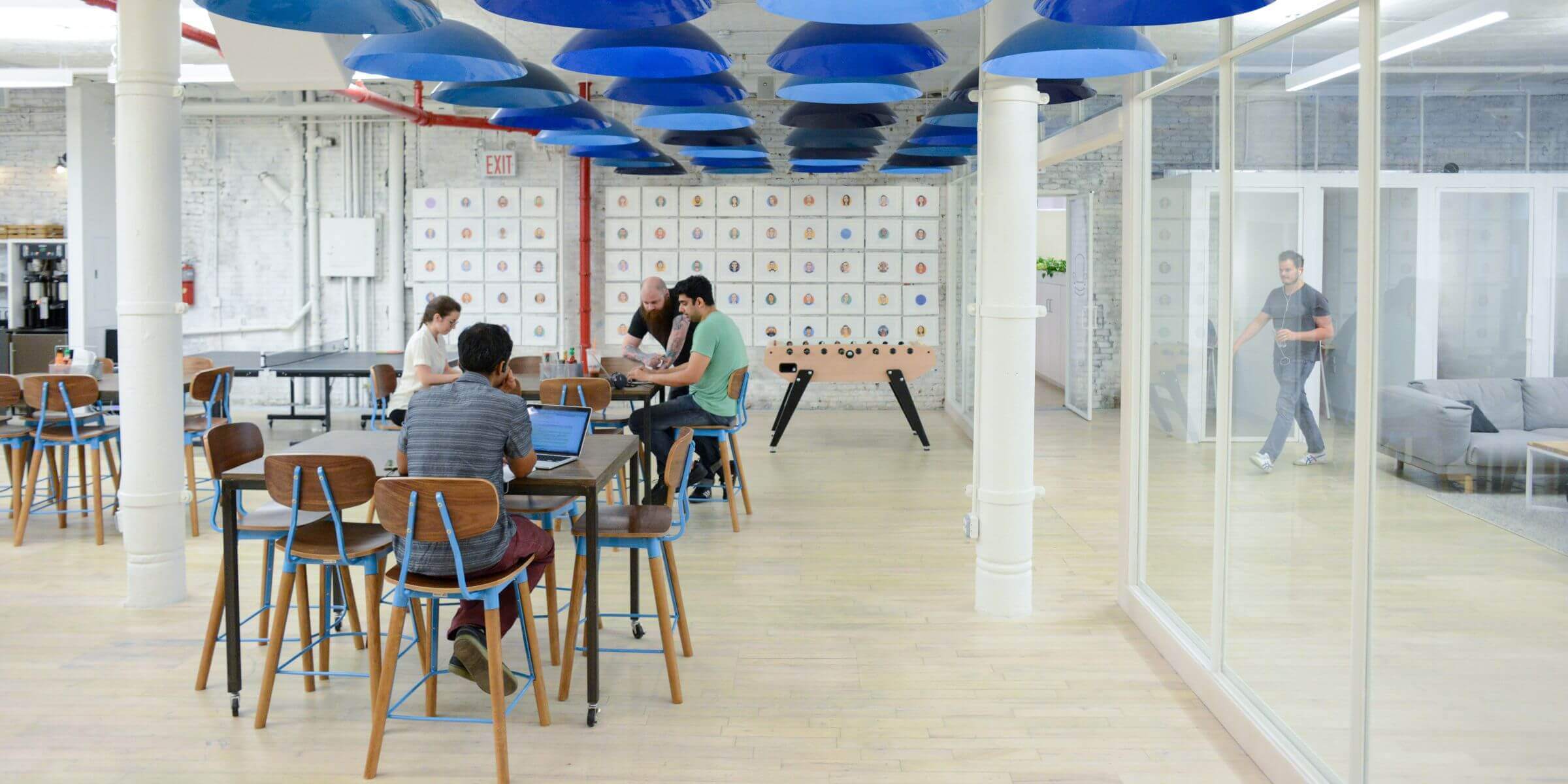 From Facebook and Google to Goldman Sachs and Bloomberg, open-plan offices have become the norm for workplaces over the last decade. These office spaces makes use of large, open spaces and minimizes the use of walled-off rooms or private offices. In fact, 70% of Americans work in open-plan offices today.

So, what makes open-plan offices so popular?

The theory is that open, airy working environments help to boost creativity and collaboration, all in the spirit of fostering a strong company culture.

A 2010 study entitled 'Employee reactions to office redesign in Human Relations' found that adopting an open-plan office layout did yield positive changes in employee perceptions of organizational culture. Employees who worked in open-plan offices tended to feel their company culture was more innovative and less formal.

The study also found that those in an open layout felt more encouragement to collaborate with team members than the study’s control group, who had not moved to an open-plan layout. However, a bunch of new data suggests that the open-plan approach could be a little too simplistic. And when it comes to office layout, one size doesn’t quite fit all.

Different personalities thrive in different environments. Open-plan office layouts favor extroverts and tend to have a negative influence on introverts — who make up somewhere between one-third and half of the American population.

What’s the difference between introverts and extroverts?

Introverts (or those with introverted tendencies) tend to recharge by spending time alone. They lose energy from being around people for long periods of time, particularly large crowds.

Extroverts, on the other hand, gain energy from other people. Extroverts actually find their energy is sapped when they spend too much time alone. They recharge by being social.

The open-plan office concept first came around in Germany in the 1950s, when the idea of Bürolandschaft (office landscape) was introduced. Office landscape looked to break the norm of many identical rows of desks or long tables and intended to provide a more collaborative work environment.

Research suggests, however, that any such benefits from open-plan offices are outweighed by the negative effects, such as noise levels, lack of privacy and distraction (and every interruption doubles the time it takes to complete a task).

The modern office is broken

Though most people work in open-plan offices, very few would choose to if they had the option. That was one of the key findings from an OPP study called Type and Work Environment, which looked at how people with different personalities felt about the places in which they work. The study also found that those who worked in smaller, shared offices were more satisfied with their jobs, and there were significant differences in workplace preferences between introverts and extroverts. Matching personality types to work environments can have a huge impact on workplace comfort and satisfaction for varying personality types.

When an employee’s personality is matched with the nature of their work environment, they are likely to report less anxiety and discomfort, and more job satisfaction and social support, than those employees where there is a mismatch.

The future of office layouts: Four factors that can lead to a happier team

So, if office layouts are broken, what’s the solution? There are several factors that could lead to greater happiness, and help both introverts and extroverts thrive.

A great starting point could be to assess your team and figure out the split between introverts and extroverts in your workplace. One way to discover this information is through Myers-Briggs assessments. The results of Myers-Briggs assessments will help to map employee tendencies toward: Extroversion vs. Introversion, Intuition vs. Sensing, Thinking vs. Feeling, and Judging vs. Perceiving. With a deeper understanding of each member of your team, you can begin to picture how your office layout could affect their performance and what the best solutions may be.

The people on your team who lean more towards introversion will likely be happier and more productive in quieter spaces, whereas the extroverts may want a busier, louder space to work. With this knowledge you can begin to piece together a layout that works for everyone.

The end result will likely be a hybrid office that incorporates a range of spaces and gives employees the opportunity to move between them throughout the day. Those who thrive in busier, vibrant and loud environments will be able to choose to work in a space where they feel at home. Those who prefer the opposite will be able to reside, and flourish, in a quieter area and avoid the barrage of distractions that have become characteristic of the modern workplace.