Designing a Flexible Workspace at true[X] 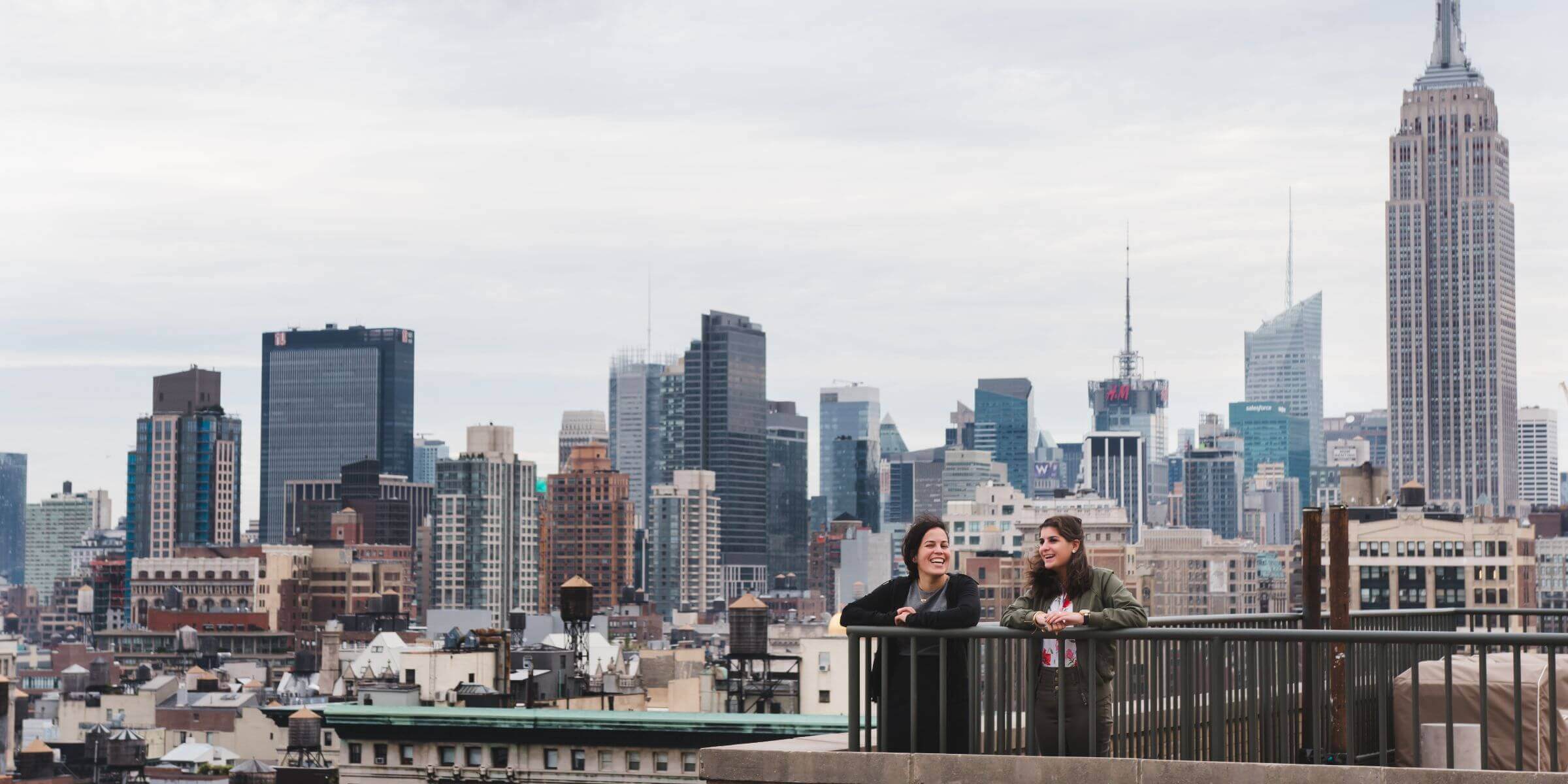 Flexible working spaces are increasingly becoming a prerequisite for tech startups and other modern offices. Whether it’s communal tables, cozy couches, or a quiet room, providing a place where employees can work beyond their assigned desk can increase innovation and employee happiness. But when it comes to a desirable alternative space to work, you would be hard-pressed to find a better spot than true[X]’s new flexible workspace.

The digital advertising company’s New York office occupies two floors of a building just south of Union Square, including a main office on the 14th floor and the newly acquired 21st floor, the top floor of the building. This 21st floor functions as both a flexible workspace and event space for true[X] and 21st Century Fox, which acquired the company in 2015.

The workspace is welcoming and and customizable for many different kinds of use. It includes conference rooms, communal tables, a kitchen bar top complete with beers on draft, snacks, cold brew, and a library bookshelf that also functions as a secret door to another small office meeting space. Best of all, the company has sole access to a private roof deck, with a breathtaking view of Union Square and Lower Manhattan.

Designing and building out the space was an intensive process overseen by Shaina Traunfeld, Manager and Executive Assistant for the Fox Networks Group and Diana DiCocco, true[X]’s Office Assistant. Together, they are true[X]’s dedicated internal office operations team.  Shaina came to true[X] in 2014 from Madison Square Garden, where she met Joe Marchese, one of true[X]’s founders. She joined the company before its acquisition by 21st Century Fox, so she’s experienced the company’s significant growth first hand. As an executive assistant, she helped organize both the company’s initial move into the 14th floor and, when the 21st floor became available, its renovation. Shaina explained. “We decided to build it as a space that was more of a flexible workspace. I think what we’re trying to promote is changing the way people work and network. true[X] wants to be more flexible in how we interact and collaborate with internal teams, clients, and partners. It's like a networking hub that's centric to the advertising industry."

Shaina and Joe began the project in September of 2016 and worked directly with the architect and building contractor. Shaina worked with them to design the floor plan and prepare for the build out.

Diana joined true[X] as an office assistant midway through the project in June of 2017. She graduated with a bachelor's degree in marketing, followed by a graduate degree in creative writing. From day one, she jumped into meetings about the 21st floor renovation. She led walkthroughs of the space and worked with Shaina on communicating with the project manager.

“Before taking the job, I had talked to Shaina over the phone. They were in the middle of the project, so she told me, ‘eventually the 21st floor will be opening and you’ll really have a hand in managing that space.’ I thought that was a very interesting opportunity,” Diana said. “It was nice to see it all unfold and ultimately help with the events coming in and running it.”

The space had a soft opening this fall. Now, anyone within the 21st Century Fox family can use it, whether they’re an executive flying in from the Los Angeles office for a day, or a true[X] employee who wants a fresh, inspiring and even “library-like” work environment. Shaina and Diana manage the event calendar for the space, which employees can book for events, whether they are hosting a happy hour, organizing a panel, or just having a meeting in the conference room—the workspace is entirely flexible.

“For me, I think this flexible workspace is where we start to change culture within the organization. I want to host panels, be education-oriented, and I want people to learn about the different departments within their own company,” said Shaina.

Diana added, “As a company, true[X] values passion, innovation, and talent. We strive to create a high-energy, fun work environment that encourages creativity and productivity and boosts morale. I feel this flexible workspace further encourages that by providing teams a place to collaborate in a change of setting. Since each part of the workspace is different, from the communal tables to the kitchen area to the lounge couches, there are many spots to choose from depending on what environment is most effective for your work style.”

To help warm up the flexible workspace and get the true[X] team sharing information and building internal knowledge, Diana organized an internal event where the sales team spoke to other departments in the company about what they do on a day-to-day basis. Both women feel committed to hosting more of these types of events on the 21st floor. Getting teams within a company to better understand what their colleagues do is essential to growing culture, as well as growing the company’s business itself.

Shaina explained that a flexible workspace is a part of a company’s cultural building blocks. “When I first started working at true[X], I kept hearing about the importance of culture,” she noted, “but it took me a while to figure out what that meant. Culture isn't just providing snacks, cold brew, and team bonding events like karaoke. It's about a flexible workspace and environment where everyone feels included, where everyone has a voice, and there's opportunity for growth.”