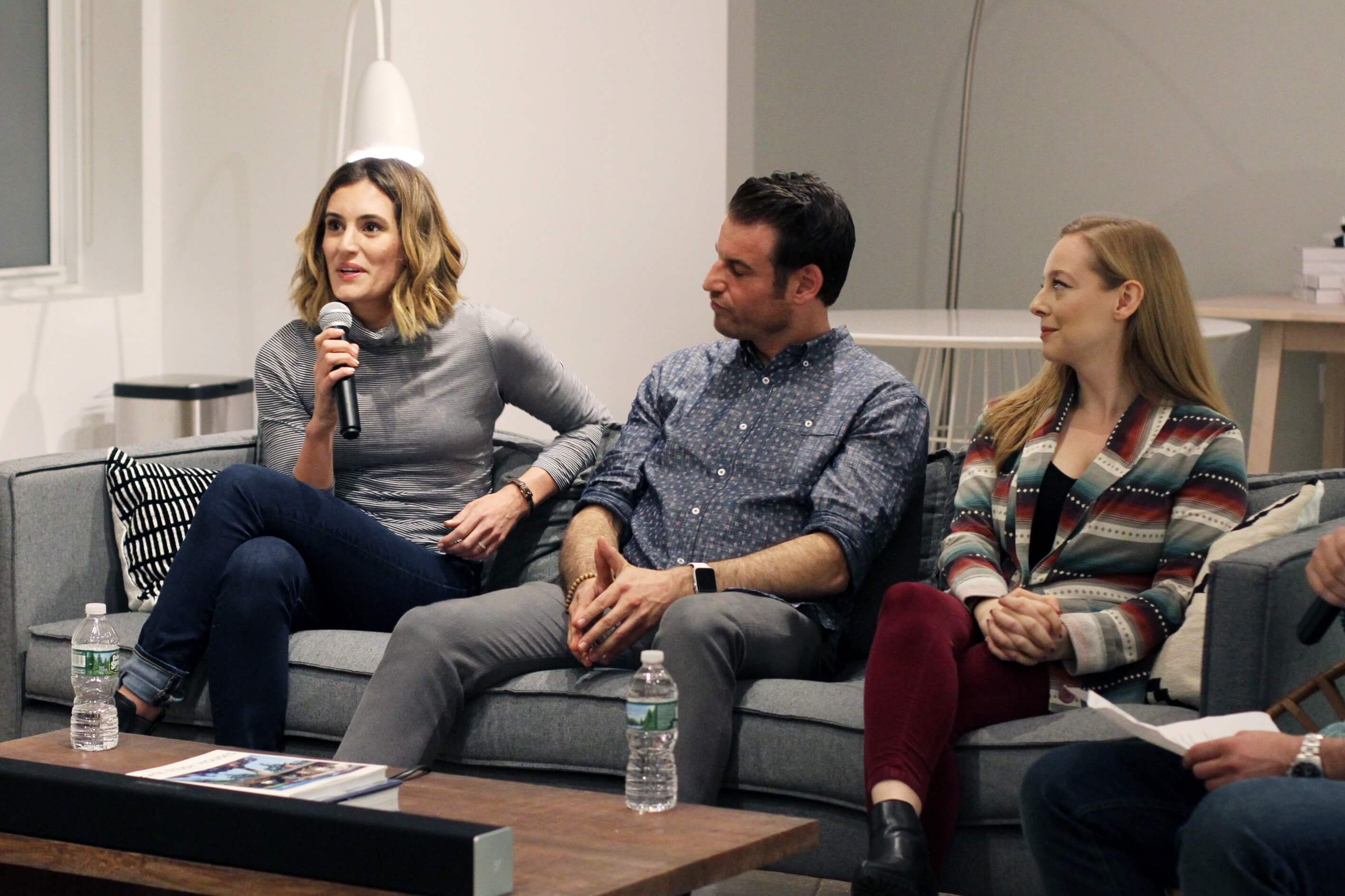 Office spaces are not one-size-fits-all. In most cases, office layouts are designed for specific needs and have to be adapted for new tenants, growing teams, and evolving businesses. That’s why most office operations professionals end up managing at least one office move or redesign project during their careers — if not more.

There isn’t much available in the way of preparing yourself for your first office redesign, outside of apartment moves and home renovation projects, which only scratch the surface of what’s involved in a commercial project.

So, to help first-timers better anticipate what it takes to be a part-time contractor, designer, or mover, we at Managed by Q put together a panel of workspace design experts to share their tips for building a productive workspace.

Combined, our Effortless Office panelists have moved, built out, or redesigned more than twenty office spaces in New York. Interior designer Casey DeBois, of DeBois Design, has been designing New York City offices for over seven years, working primarily with startups, as well as companies in the media and tech industry.

Matt Cherveny is the Office Operations Manager at Datadog, which he recently moved from a crowded multi-floor office in Flatiron to one floor in The New York Times building.

Bark & Co Efficiency Manager Nikki Richard has led the expansion of the company’s Chinatown office from one floor to three, gut renovating the previous spaces.

While the teams Nikki, Matt, and Casey have worked with are vastly different, it became clear early on in our discussion that the problems they solve when designing a space are fairly similar. Ultimately, they each need to create a work environment that suits everyone — from the executive team to the sales team.

When approaching a new design project, Casey starts by thinking of all the places people may work in the office.

“The majority of general employees’ time is spent away from their desks — the largest percentage is probably spent in meetings or in breakout spaces,” Casey noted.

Casey explained that she tries to identify the different situations the company’s employees might find themselves in during their day-to-day. Based on the nature of their work, the space may need smaller meeting areas to accommodate groups of two or three, big conference rooms for client meetings, or several phone booths.

From there, you can narrow down work styles and design needs team-by-team. For example, Casey has worked with companies whose sales teams are primarily out of the office at in-person meetings, so she was able to make their individual workspaces slightly smaller. On the other hand, Nikki made sure her design team had much larger desks, since they work with 3D printers that take up a lot of space.

When Matt finally got his entire company on one floor, he had to be thoughtful about how to place teams based on their business functions:

“It was difficult to figure out how everyone was going to mesh together. The engineers are now on one side of the floor, along with our founders and head of product so they could be near private conference rooms. So we wanted anything loud on the other side of the office — like the kitchens,” he said.

Similarly, Casey will locate engineers near windows that don’t get direct sunlight to prevent screen glare, and will design both a desk in a shared area and a personal office for executives who want the flexibility of working alongside their teams.

While it’s rare to see an office that isn’t open concept, Casey emphasized that it’s still important to consider the ways your space is used, so you can design it in such a way that is inviting and productive for every member of a team. In some cases, you may need to buck the trends and install dividers.

Beyond designing for productivity and function, our panelists spoke about design elements that keep their employees happy.

According to research from Gallup, the average employee spends 47 hours a week at work — more than nine hours a day. Needless to say, perks that keep your team going during long days shouldn’t be overlooked. “Food really is the best way to your coworkers hearts,” said Nikki.

Matt’s office design put a strong emphasis on meal-time, solving for a cramped kitchen in their previous office.

“The biggest area that we focused on in the new space was the kitchen,” Matt said. “We actually doubled the space of the original kitchen and created two open kitchens with a huge snack bar in between. That’s where people spend time when they’re not at their desks.”

In the spirit of giving the team what they really want, Matt also made sure to work multiple lounge areas into the new office design after noticing a slow takeover of the couches in Datadog’s previous reception area.

Nikki added, “I think it’s worth spending the extra money to make sure that you have a kitchen or common space for your coworkers to take time to get to know one another. If we didn’t have the space to do that, I don’t think they’d appreciate everything that we give them.”

It also doesn’t hurt that the Bark & Co kitchen comes complete with a champagne keg. How to move on

With the majority of our waking hours spent in the office, it’s no surprise it quickly feels like a second home. So what happens when your team outgrows the square-footage? A lot of your colleagues might not be so thrilled by the prospect of moving on.

“At my previous company, the co-founders wanted to stay put and felt comfortable, however hiring 10 plus people a week, we were going to run out of space at some point,” Nikki shared.

In her case, Nikki problem-solved until the leadership team realized moving spaces was the best option available. This involved taking over three Breather spaces from 9 a.m. to 5 p.m. every day for almost a year to address the need for more conference rooms for client meetings. Meanwhile, her team was assembling Ikea desks up to the point where it would have been a fire hazard.

Matt said the decision to move the Datadog office was simple — they had completely run out of space.

“We utilized a coworking space down the street for a couple of teams. People weren’t happy about it because we loved our old space, and we made it work for as long as we could, but we were out of space and had no other options within the building,” Matt added.

Nikki emphasized that having patience and a solutions-oriented attitude is the best way to approach a team opposed to change.

“Sometimes it’s a little tough when management isn’t ready to let go, so it’s really a matter of being flexible and trying to make it work,” she said. “It helps to be proactive and provide options that show all the perks available in a new space, like having offices for senior leadership or more conference rooms.”

When you can’t do it alone

Between being part of a small team and needing specialized services, our panelists each rely on local partners to make their day-to-day more manageable. We compiled a list of their favorite service providers: Understanding the value of a great service provider, Managed by Q has vetted hundreds of office service providers in San Francisco, Los Angeles, and Chicago, as well as New York, and built relationships with the best partners so our clients can save time searching online.

To address evolving needs in a static space, you can only be as successful as the number of potential solutions you bring forward.

“Sometimes functionally, the best idea may not be what someone wants. You can only bring as many ideas to the table and try to solve for both functionality and productivity, as well as implementation,” Matt shared.

Casey added that she thinks about everything being moveable when designing an office, so it works with its employees despite having a static footprint.

Ultimately, maintaining a solutions-oriented mindset while considering multiple employee perspectives will help create the right space for your team.

For more ideas on how to create a great workspace for your team, download our free guide, Designing an Office Space Your Team Will Love.