Embracing Cooperative AI Can Give You an Edge at the Office 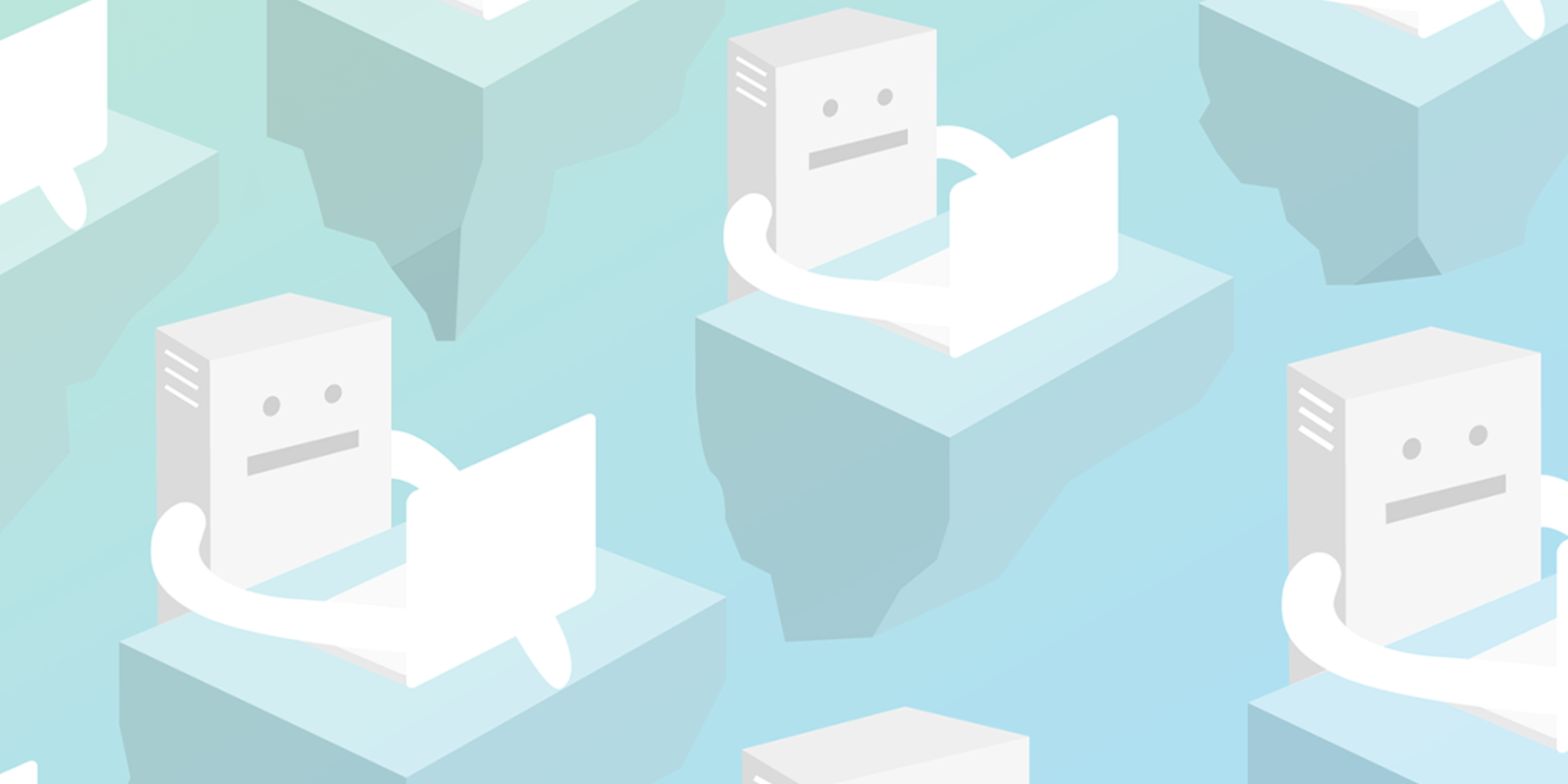 All due respect to Rosie’s trailblazing work on The Jetsons (and to her New York accent), there’s been some more sophisticated AI taking over in pop culture as of late. From Iron Man’s J.A.R.V.I.S. to the very personal assistant in Her (or *Black Mirror‘s* horrifying version), these fictional artificial intelligences let us explore our hopes and fears for the technology.

And the AI takeover isn’t just onscreen. Though certain kinds of human-machine harmony shown by Hollywood may be a ways off, artificial intelligence is already part of our lives, from daily talks with sassy Siri and mild-mannered Cortana to the complex, virtual butler built by Mark Zuckerberg.

Beyond our homes and phones, AI also plays a key role in workplaces around the world. In addition to its growing use in manufacturing, order fulfillment, and hospitality, many companies have increasingly turned to cooperative AI for managing certain office tasks in order to enrich and free up (human) employees' time. Across various industries, teams are using AI for their research, administration, communication, and even for discovering new roles for the tech they never knew they needed to fill.

The rise of the Chatbots

On the simpler side of cooperative AI, a regiment of friendly chatbots has begun assisting workers with day-to-day internal operations. These customizable learning algorithms can perform a range of tasks, from scheduling flights and meetings to fielding frequently asked questions and recording when team members text in sick. They can take care of all this without–and potentially faster than–human help. Currently, they’re particularly handy with activities that involve gathering, sharing, or comparing information when grey matter’s insights aren’t really required.

As VentureBeat explained last year, chatbots can help teams save time with certain rote, routine tasks by letting users request and receive support directly, rather than by trying different channels (or interrupting someone’s flow). The wildly popular work communication platform Slack, for one, now has many hundreds of specialized bots, including about 200 from the company. Many are designed to improve productivity by quickly giving teams the info they want or need, either automatically or on demand, with tasks ranging from employee onboarding and news or channel summaries to fixing times zones and supplying a hearty meme stream. And they’re multiplying fast.

Custom bots for analyzing and integrating data have also been giving a leg up to content-focused teams, including major media. As Digiday reported, both Buzzfeed and the New York Times have reportedly found success using algorithms to track or even predict how content performs online and across social media, and for prompting action based on that data. Meanwhile, The Economist and Wall Street Journal are using AI to help manage their editorial workflow and supply up-to-date news data, according to the site.

Of course, bringing bots into the office fold doesn’t always have to be so complex. James Sherrett, senior manager of accounts for Slack’s European headquarters, had this advice for the Slackbot-curious: “Start with something small that is a repetitive task that is better suited for a computer to do,” he told Digiday. “[It] can be lightweight like asking the Wifi code or the postal address for another office, but by adding that capability you’re not disturbing someone else’s workflow with small questions.”

For many workplaces, being able to interface with AI in plain, spoken language also makes the tech a timesaver. Voice recognition systems, like Apple’s Siri and Amazon’s Alexa, had their stumbles at first, but their adaptive algorithms have improved quickly. Voice recognition systems have spent the past several years getting up to speed and are now in widespread use in the workplace.

At Chicago-based UX design and development agency Codal, language-based cooperative AI takes the form of Amazon Echo devices, which are placed strategically in executive offices and conference rooms. The team explained by email that voice recognition AI enables staff to be more flexible during meetings because they can be laptop-free and use verbal commands to take notes, perform quick research, or build a to-do list. “In my office, I use Alexa to remind me of upcoming meetings, and what each day forecasts in terms of conference calls and important tasks,” COO Matt Gierut said.

For other simple AI-related tasks, like ordering office supplies or adjusting their connected thermostat, Codal also turns to Alexa and its straightforward, spoken commands, but the algorithms don’t stop there. “We also use Restless Bandit, a talent discovery tool that uses algorithms and artificial intelligence to find the best talent for our open positions,” said CEO Keval Baxi. “This tool quickly sorts through resumes that may or may not fit the career description, and saves our HR department hours of time.”

In the near future, AI may start to take on more decision-heavy office tasks, provided we help them (and let them) get there. Professor Manuela Veloso, head of machine learning at Carnegie Mellon University, thinks intelligent systems are gearing up for much more hands-on roles in a wide array of workplaces. “In five or ten years, I believe that virtually intelligent systems, such as [virtual assistants] on phones and computers, will be amazing, and they’ll assist humans with an enormous range of applications,” she explained by phone.

“Such machines may help doctors search for recommendations on difficult cases, scientists with research, and even consumers with personal decisions about the pros and cons of insurance plans, or something you want to buy,” she said. “The amount of things I believe AI will be able to help with is endless, and the data available for AI systems is increasing every day.”

As AI takes on more responsibility and even bodily form (as in the case of Veloso’s guest-guiding CMU CoBots), however, Veloso also believes that cooperative AI will need to gain appropriate depth. In order to build trust with these systems, she said, users will need to experience more than the system’s ever-improving digitized human personality (minor faults and mild emotional flare-ups sometimes included): they’ll need AI systems to be able to explain themselves.

“When my CoBots come to my office, I ask them questions, like ‘Why are you late?’ and ‘What route did you take to get here?’” she said. According to Veloso, getting intelligent systems up to the task of explaining their reasoning in terms we’ll understand will be key to building effective, symbiotic, and certainly copacetic relationships with such machines. “It’s the same if a system recommends one car or insurance plan,” she said. “We need to be able to ask, ‘Why did you make this choice?’”

Veloso also believes intelligent systems will even start handling office jobs that traditionally relied on the human touch. “In office environments, people need to guide visitors in the building, bring coffee or water, check things, reorganize physical space, and so on,” she said, “and that’s one area where people should someday expect change: in how the physical space of an office is going to be helped by mobile robots moving around.” Until then, though, it’s likely best—at least in most offices—to keep our intelligent systems and beverages apart.