Building Out a Career With Hawke Media's Lauren Makielski 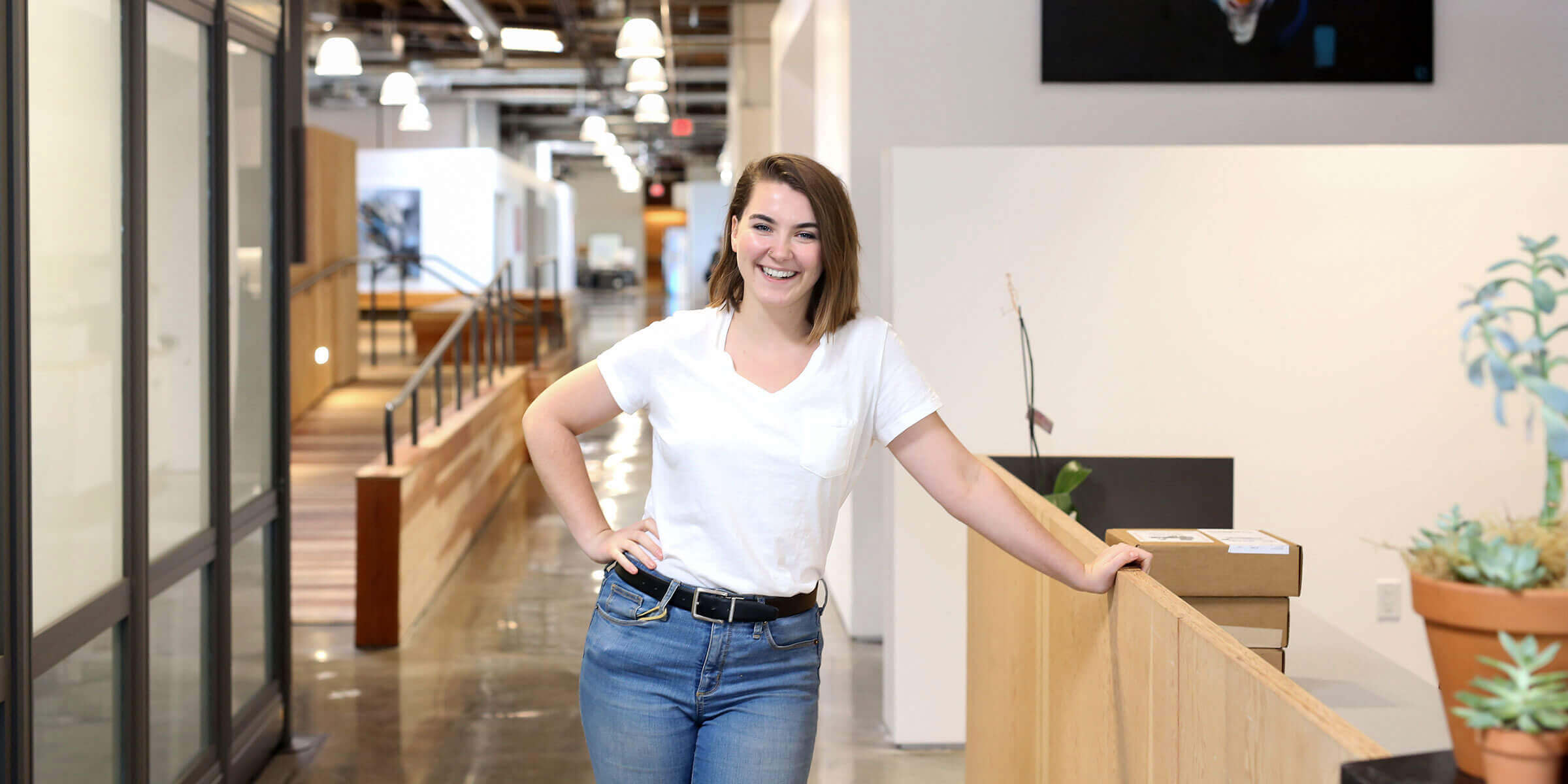 Lauren Makielski is the Executive Assistant to the co-founder and COO of Hawke Media, a consultancy that aims to make world-class marketing accessible to all brands. Since her start at Hawke just a year and a half ago, Lauren’s professional growth has mirrored the company's own. We spoke with her about how her passion for workplace design has influenced her new role, and how it helped her navigate one of the most challenging projects of her career.

What first interested you about Hawke Media and your initial role there?

My first role at Hawke was as the company’s office coordinator. I was interested in it because I had studied architecture (specifically workplace design) in college, and am a very organized person. I wanted to help foster productivity and culture at Hawke in this way. The company struck me as one with a very unabashed culture, and I liked that.

You started at Hawke Media as an office coordinator, but are now the Executive Assistant to the COO. How did you navigate this career progression?

As office coordinator, the expectation was that I would be doing some admin work for our COO, Tony, and assisting in some projects he was overseeing (like our office move). The first few months of my job were focused around our previous office and building a general knowledge of our operations, who’s who, and developing relationships with our office vendors.

Once the build out of our current office kicked into gear, so did I! I became a project manager of the building move by default, and our team had faith in me to make decisions about our new building. Everything happened so fast, and was so crazy that once the dust settled, my boss and I were looking to what was next. All I knew was that I had grown a lot in my execution and people skills.

I had also developed a great working relationship with Tony, and he was simultaneously getting to the point where he needed a dedicated assistant. It became clear that I couldn’t stay an office coordinator and handle the projects associated with Tony’s day-to-day, so it came down to a decision between the two and I picked the EA position.

What’s a typical day like for you as an EA? How does your individual work keep your company running smoothly and moving the mission forward?

My main tasks every day are focused around making sure my exec has everything he needs to be effective (calendar invites squared away, emails broken down into tasks, personal projects moving along, etc.) and then after that it is a total sandbox. I have the freedom to note issues I see within the company and bubble them, or deep dive into an issue Tony has already noticed and bring back data for him to inform future decisions.

The work I do is focused primarily on fostering operational synergy between our different departments, our company’s expansion into new geographic areas, and long-term projects related to our current office.

You previously helped Hawke Media through a very large move. What was that experience like? What did you learn from working on such a large scale project?

I can say with confidence that it is the hardest thing I have ever done as a human. We moved from 7 fractured suites across two buildings to a one-floor open office plan that was custom built out and twice the size. I had to create plans and backup plans for everything, from what we do with the framed photos in our office, to making sure everyone knew how to set our building alarm system.

I learned some invaluable lessons about communicating with a large variety of people—vendors, construction foremen, real estate developers, and (most importantly) our own employees. I also learned to let some things go, and learned about my own limits as an individual and an employee.

With so many high level projects to work on now, what strategies or tools do you use to streamline your workload?

Number one for me is to make sure, before I start to pilot any solutions, to know what I don’t know. That can happen by creating surveys for our company to fill out with feedback on an issue, or popping my head up and taking a walk around the office and asking people what they think.

One of the best parts about starting in a workplace ops role is that I got to know pretty much everyone in the company from being stationed at the front desk or walking around so often—I try to keep that up now that I am in my new role. For tools, I am a big user of ClickUp, Slack, and the email client Superhuman.

What’s a skill or interest you have outside of work that has helped you in your day-to-day work?

As I mentioned earlier, I studied architecture in my undergrad, and my passion for how large (and small)-scale design can influence human productivity is something that gets me excited regularly. There are so many amazing technologies being developed that are helping people diagnose issues in the way they run their businesses—whether those be inefficient energy usage problems or how and where meetings are conducted. While I may not have free reign to bring these technologies into Hawke, there is a lot to learn in that space and it inspires me to think forward.

If you were to give a piece of advice to other workplace professionals and operations teams, especially those just starting out, what would it be?

For those of us who don’t see office management as a long-term viable role, it can be easy to feel “stuck.” I think what helped me was to treat the office I managed like a machine that could be constantly improved upon. That opened up my thinking and allowed me to look at the higher level work I could be doing in addition to my day-to-day somewhat monotonous responsibilities.

I have podcast recommendations!