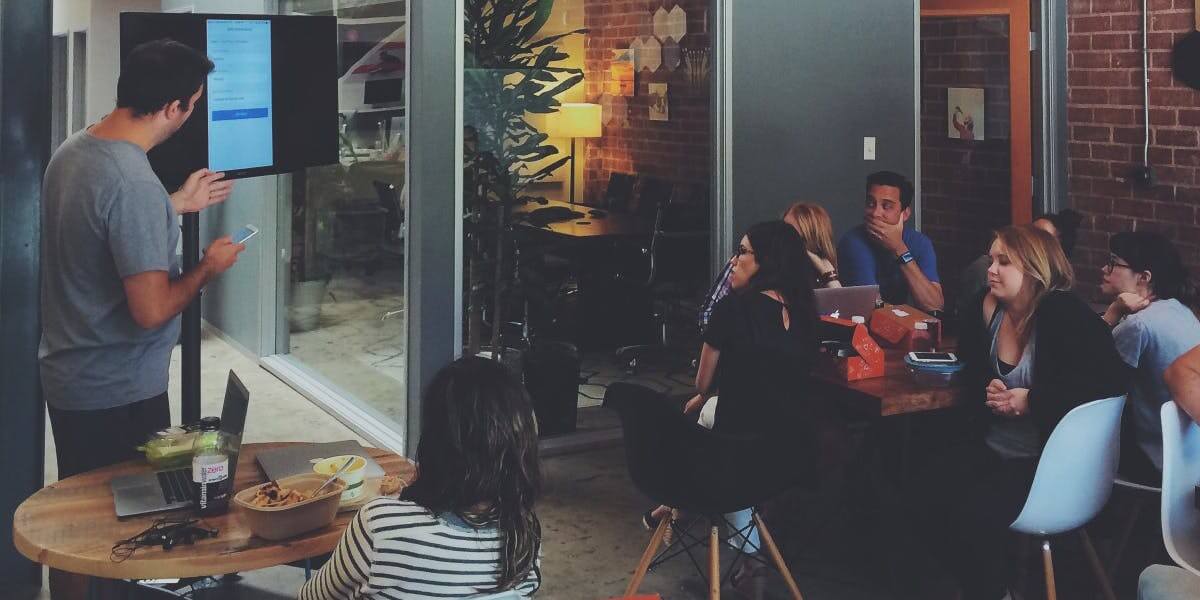 Improving company morale after a setback is an art. Learning how to coax staff, managers, and even yourself after the company experiences a let down is essential. It’s a skill that every boss, manager, and staff member will need to master.

When there is a company setback, it can wreak havoc on employee morale. If a setback doesn’t get handled, it can eventually affect work performance, attendance rates of the team, and work efficiency of everyone at the company.

As someone who’s worked in all aspects of a company, I know how important it is to handle the inevitable letdowns that all companies experience at some point. From the perspective of a customer, a staff member, manager, director, and owner of a company I know all too well how a company setback can negatively impact performance and productivity.

If there’s some kind of big mishap, letdown, or issue at the company, it’s best to follow these steps to assure your team stays motivated and continues to work to the best of their ability.

Here are 3 tips to help you boost company morale after a setback and increase your employee retention in the process:

1. Transparent Communication With Your Team

What happens when you ignore a problem and let it fester? It usually grows, becomes bigger, and though nobody is addressing it, it somehow gets worse. This is true in any personal relationship, and the same goes for issues at work. When we communicate clearly we can solve problems faster with transparency.

When there’s a company setback, if it’s big enough to affect your team it’s likely they’re talking and making up stories about what it means for their future. Let this go on long enough and it will negatively impact work performance. On the other hand, if you take the time to communicate about the problems you can resolve the issue and assure it doesn’t get out of hand.

To personalize what I mean, let me share a small example from my own life. One time I worked for a company that let go of five staff people all at once. Given we were a small team, it was very noticeable. Since none of us knew why most of our teammates had been terminated, many of us started to dust off our resumes and look for other jobs. Understandably, firing a chunk of our team had us scared and all of us didn’t feel motivated to show up to work and we were scared that we too would soon be on the chopping block.

Unfortunately, about a month later, we learned that contrary to what we thought, our jobs were very secure and the company wanted us to stay on board. Had the company clearly communicated with us what was going on, none of us would have felt shaky about our jobs. No one would have unreasonably left the company, and the company's overall performance wouldn't have been so negatively impacted.

This occurrence is just one small example of how a setback can lead staff members to create stories and ultimately hurt the company’s morale and performance. Had the managers and senior leaders sent us emails or personally spoken with us about the safety of our jobs, I know that I personally wouldn’t have reacted by calling in sick, sending out my resume, and seeking another job.

Here are some ways to create open communication with your team after a company setback:

2. Focus On The Positives And Paint A Better Future

Whenever anyone has a setback it’s common they’ll take that upset and project a bleak future. It’s something about being human that makes us like that - if we have a negative experience we take that instance to paint a worse future.

As a team leader, manager, owner, and even employee - your job is to motivate and inspire your team for a brighter future. Not only do I believe this, but the research also says that great bosses have an infectious sense of purpose that compels everyone into tomorrow. By first addressing the setback and transparently discussing it with your team you get out of ahead of it - and that in turn will allow you to motivate your team with trust and confidence.

As a long-time athlete, if I ever lost at a sporting event - it was my coach who helped me reframe the setback as a setup for a win. Sure, I had lost a match or somehow dropped the ball, but it didn’t mean I was going to lose the next match. It didn’t mean I was a failure, and in fact, it meant I now had more knowledge and awareness. Similarly, if your company experiences a setback, you can rally your team and staff just like Al Pacino does in this video clip.

3. Set The New Course Through Celebration, Appreciation, And Recognition

Most people thrive in environments where they’re pushed and recognized for their hard work. According to studies at Harvard, company culture is boosted when managers and higher-ups recognize, appreciate, and celebrate their staff. Using that logic, it’s only rational to assume that if there’s been some kind of setback and the staff morale has dropped - you can raise it by incorporating more celebration and appreciation.

As noted in Lee Colan’s article for Inc. Magazine: Research by former Gallup chairman the late Donald Clifton revealed that workgroups with at least a 3-to-1 ratio of positive to negative interactions were significantly more productive than those having less than a 3-to-1 ratio. In other words, when you appreciate and emphasize the good work of your staff - their productivity increases.

Some ways to celebrate and appreciate your staff can include:

By incorporating more appreciation into the company culture, you’ll be able to turn that setback into an opportunity. Not only will this help company morale after a setback, but it’ll also help create a positive atmosphere that will help the future of the company whether things or good or bad.

Improving company culture helps increase the longevity of your employees at the company. By adding more appreciation and something as simple as letting your staff know that they’re doing a good job - you will boost morale and increase productivity. Appreciation and acknowledgment doesn’t require a huge overhaul of what you’re currently doing, in fact, by simply letting know your team what they’re doing well you will make great strides in improving company morale after a setback.

Looking for a way to manage your office more efficiently? Check out what Eden’s Office Management Software can do for your workplace.