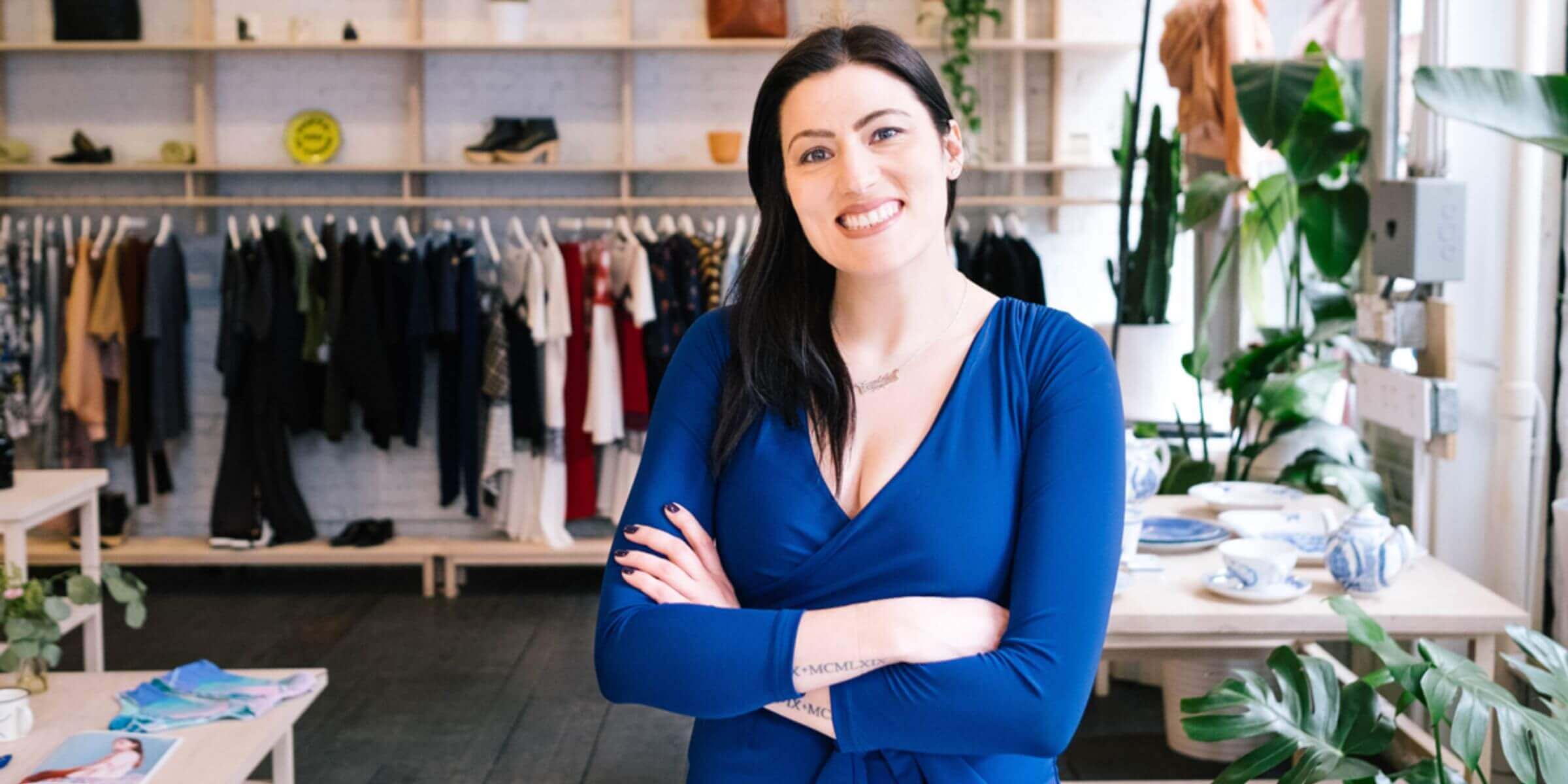 “Every job I’ve had has been in a department or for a person that touches every person in the company,” Ashley Stires, People and Office Experience Manager at Tictail, told me as she described her career journey. From a passionate start to her career as a college radio DJ, Ashley has worked as a music video production assistant, executive assistant in PR and advertising firms, and in the radio and music industry.

She connected with Tictail, a social marketplace that brings together independent brands from over 140 countries and helps shoppers discover talented emerging designers in fashion, art, and home decor, through a recruiter. The company began in Sweden and currently has offices in Sweden and New York, as well as a stylish boutique on Manhattan’s Lower East Side. In just two years her role has expanded from Executive Assistant and Office Manager to managing human resources for the entire company, while still keeping the New York office running seamlessly. I caught up with her to learn more about how she has built her career, grown into her new job, and stays on top of her many responsibilities.

What aspects of your career prepared for you this role?

Administration has always been a big part of my career. My first job was at a car dealership where I was a part time receptionist. I worked with all men and all the receptionists were girls. It was a really aggressive, male environment and gave me an interesting perspective of the world as an adult. In college I was a Radio DJ and I thought the world of radio was so glamourous. Upon graduation I working in the marketing and promotion departments at two different stations and got to meet famous people and thought, “This is what I want to do with my life.”

In 2008 I was laid off and couldn’t find another radio job. I worked as a production assistant on music video sets and then landed my first “grown up” job at Grey Advertising as an Executive Assistant to the Chief Marketing Officer. I loved working there and learned a ton about advertising and life in general. However, I felt that working in music was my “calling,” so I joined Universal Music Group. I felt it was going to be very cool and I did get to work alongside famous recording artists. However, they were not nice to me, it wasn’t glamorous or cool, and it often felt shady and scary. I was miserable, exhausted, and working from nine in the morning to nine at night.

Through a side gig I met an HR leader and she reached our and changed my life. I began working as an Executive Assistant at a Public Relations firm and I worked in several other PR firms as an Executive Assistant to CEOs, but the environments were very competitive and it was the type of place where I was a hero because I could deal with difficult people and lasted in the job for a year. I developed a very thick skin, but I started to feel burned out. How did you connect with Tictail?

A recruiter reached out about the role at Tictail and told me, “I think that you would be perfect for this job - it’s a tech company, it’s young and cool.”

I thought, “These people don’t want me, I’m not cool, I just got Instagram,” but I decided, “Fine I’ll meet them, it can’t hurt.” My first interview was at a coffee shop and I thought that was really crazy and very different from the corporate world.

During the interview Brandon, who I still work for, flipped over my resume and said, “I don’t need to look at your resume—I know that you are qualified.” He explained there were three circles to the job: Executive Assistant, Office Manager, and a third circle that I could figure out. I was struck by the fact that I would have some freedom in my job. Often when you are an Executive Assistant your life ten hours a day is about someone else’s life, so to have that freedom was really attractive to me.

What are some new responsibilities or projects you’ve taken on since starting at Tictail?

When I joined Tictail they had never had a “real” executive assistant or office manager before, so they invited me to tell them what I needed to make the relationship work. My first nine months I was straight up EA and office manager. I reorganized and relabeled everything in the office, and figured out a new meeting structure. It took a lot of time to figure out how this place works.

Organizing an office takes a lot time. Once that was all in place I had my first performance review and I began to take on tasks such as payroll and expense reimbursement that had original been handled by our Swedish office. That rolled into me taking over HR full time. While it happened in baby steps, in only two years that I went to from being an Executive Assistant to running the full HR function in both of our offices. I was able to grow my role because tasks kept coming up and there was no one else to do them and I got to work on setting up procedures and getting them into place.

With so many responsibilities on your plate, how do you keep your work streamlined?

Every morning I set goals for the day, which I divide in the following way: I can’t leave until I get these things done; If I finish, these are the tasks to work on; and if I have time and my brain isn’t too tired, here’s what to work on.

I treat my calendar as my to do list and I put everything single thing on it. For example, I will block out time to write an offer letter. If it’s not on my calendar I’ll forget about it.

In addition, I’ve streamlined my office management responsibilities for the most part. I set up recurring grocery deliveries and ensure I order more office supplies if we are getting low so there’s no last minute runs for batteries, toner, or paper. Automating office management tasks gives me time to focus on HR.

What is one aspect of your job that you feel really passionate about?

We have this cool performance review structure that focuses on playing to your strengths and setting forth career goals. You start with an ultimate goal which you might never reach, such as, “My ultimate goal is to make Tictail the best place to work in the world.” Part of that ultimate goal for me is our learning and development program, which I am constantly advocating for and trying to improve. I want to build a place where people are not just doing their jobs, and punching the clock, but where they are really learning something, and not just during office hours. Career development is key. I went to three networking HR events in a row about career development and they all showed that the number one factor driving employee satisfaction was learning and development, which showed me we needed to put more emphasis on it.

What advice would you share with other office managers, especially if they are just starting out?

Being the office manager, as a general rule, is the most thankless and most important job at a company. You are the person who is the glue who holds the whole office together, so immerse yourself in the company. Just because the role can seem thankless doesn’t mean the people you work with are. In addition, you are in a unique position because you become the most well-liked and trusted person in the office just by doing your job. Be full on, be everybody’s best friend, but also, maintain a level of professionalism. Create a balance between being the coolest and most fun person in the office, but be trustworthy, inspire confidence, and keep your future in mind if you want to be a leader at some point. This is my best advice.