Advice for the Workplace Professional Perfectionist 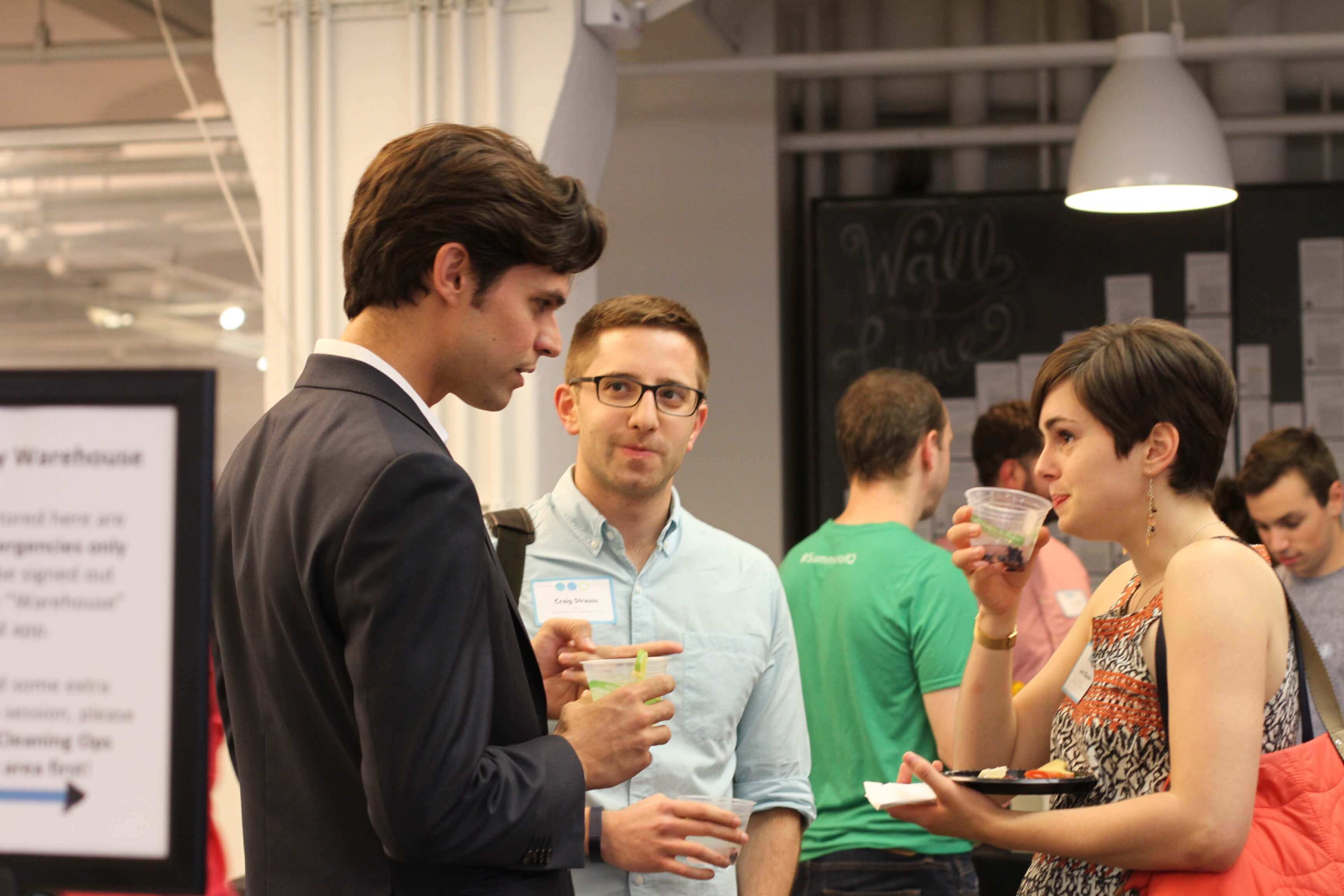 Office management can be a difficult field to navigate. Whether you’re a workplace manager or facilities manager, you’re often on your own when looking for resources to organize your day-to-day and grow your career. We know from experience that you do your best work with the help of others, so our Effortless Office panel series in New York brought together four talented office professionals to share how they navigate their careers and overcome difficult challenges in their roles.

With more than 15 years of combined experience, our panel of workplace professionals shared ideas and approaches that could be applied in any operations or administrative role, and in many cases — valuable advice for employees of all kinds. The panel kicked off with a question for the audience: “By a show of hands, who here manages an office of 50 employees or fewer?” A third of the audience raised their hand. “50 to 100?” Another third. The rest of the audience was in the 100 to 200 range, with some over 200.

Offices come in all shapes and sizes, and advice isn’t always one-size-fits-all. Our panelists ranged from managing an office of five people to 25 offices nationwide with hundreds of employees. The discussion was centered around giving the audience advice that applies to their unique needs — and helps them keep the ship sailing smoothly.

Adam Edrington is the Operations Manager at Compass, where he oversees the daily operations of 25 offices across the country, as well as the launch and management of future offices. Adam’s experience has been focused in facilities management and commercial real estate at Compass, but he has been a Human Resources manager in previous roles. Adam's workplace experience has provided him with a great perspective on what makes his team excel.

Ashley Hubler, formerly a Resident Advisor, joined us from the College of Staten Island, where she manages the residence halls alongside a student and professional staff of just over 30 people. While her staffing situation can be challenging, Ashley proves that you can stay positive and enthusiastic and provide excellent support to your team in a work setting that’s different from your typical corporate office.

Craig Strauss is both the Office Operations and User Experience Manager at Venmo — his title alone indicates he’s the definition of wearing multiple hats at work. Having come from finance, Craig has the perspective of navigating a new field and simultaneously handling two distinct roles with minimal guidance from a career development standpoint.

April Hargrove, Senior People Operations Manager at Percolate, began her career in childhood literacy, which she points out with a smile, is not that different from managing an office. She started at Percolate as the Office Manager for 15 employees, but as the company experienced rapid growth (we’re talking 20 new employees a week!), she took on managing the offices and teams in each city. April now oversees a team of more than 300 employees nationwide. A Bachelor of Office Management

After a round of introductions ,  our moderator dove right into the important questions. “How did you get into office operations?”

It was clear that each panelists' paths were distinctly different, as is the case with most office operations teams. None of the panelists have college degrees in office management, yet they all somehow made their way into careers managing growing New York City offices.

“I was a financial consultant, which means I pretty much hated my life,” shared Craig to a laughing audience. In his quest for a more fulfilling career, he analyzed the things he loved, which drew him to Venmo. It’s there he learned to appreciate a new side of himself — becoming an extrovert.

“When I first started, it wasn’t customary for me to greet everyone in the morning or ask them how their day is going. I took on this persona of being an extrovert and it helped me start conversations and build relationships that would inevitably help me do my job better,” he said.

Shifting from being more of an introvert to an extrovert was more of an evolution than an immediate change for Craig. “It took time and it was not an overnight change, but people were able to build better relationships with me because of my willingness to put myself outside of my comfort zone,” Craig concluded.

It’s something all determined and ambitious employees aim to do in their roles — continuously learn and grow. Team members who take the initiative to develop new skills or tackle new projects make success for themselves. They don’t wait for someone else to shape the direction of their career — they take it into their own hands.

Adam, who manages 25+ office teams, has next to no direct experience in office management, and knows this better than anyone.

“If you’re at a fast growing company, nobody has time to sit and think about your career path. It doesn’t mean they don’t care, they just don’t have the time or brain capacity to commit to it. So, I’ve worked with my boss to outline the areas I want to grow into and ask, ‘can you help me identify some projects I can take on?’ It’s not as much of a time investment as you may think, and it certainly can pay off,” he said.

April, who manages several office managers nationally added, “We do weekly one-on-one meetings, and they’re between 15 and 20 minutes. When someone comes prepared to the meeting with ‘this is what I’ve done this week, this is what I’m working on next week, these are my questions, and this is what I need you for,’ I feel really good. I feel productive, and like a really awesome manager, even though I didn’t really do anything. It’s all because this person came really prepared.”

In fact, she has taken a page out of their book and now does the same with her own manager to stay organized and advance her career. Finding Your Own Success and Growth

Sometimes, you’re given really solid direction from your manager and a chance to make an impression. Sometimes, you’re an island, navigating the office management landscape completely alone. This can be daunting, but this also can be liberating, according to Craig.

“If you’re not getting direction from your boss or upper management, make it your own,” he said. “Being able to come to my teammates and asking ‘do you need help on that, what are you working on that you are at capacity for?’ Exploring avenues where I can add value to the company and get myself involved in a track I might be interested in pursuing provided me the direction where others may not have,” said Craig.

Craig’s motivation for personal growth and development led him to User Experience, where he found a new passion and career path.

When discussing some of the skills that many office operations managers share, such as incessant organization that’s borderline OCD, our favorite quality was quick to become a topic of conversation — perfectionism.

In talking about the quality that’s both a blessing and a curse, Ashley touched on her challenging experience working with college students. “I like the idea of being a perfectionist, but I had to let that go very quickly. It was a tough lesson to learn. After we plan a program or an event and we put so much into it, one person would drop the ball and it would snowball and it will drive you crazy,” she shared.

But don’t worry! There’s a way to combat the perfectionist inside, she encouraged. “You have to anticipate that something will go wrong. This vision you have in your head about whatever event you’re planning may not turn out like that, but that’s okay. That doesn’t mean it’s not still great — it’s just different,” Ashley added.

Craig shared a similar sentiment. “I’ve adopted the motto that ‘nothing is permanent.’ Things will always change. Coming to terms with that and accepting that, yes, I can give it my all and color code and label everything, but someone will still come in and use it. I have to let it be used to serve its function,” he said.

If there’s one thing we’ve learned in hosting The Effortless Office, it’s that everyone has challenges and setbacks in their career — from first-year-out-of-school newcomers to I’ve-been-managing-offices-for-20-years veterans.

But everyone in this role also has something really special setting them apart, whether it’s that they’ve learned to excel in a job they never were trained to do or that their own passion for success drives them to explore what makes them tick.